López Obrador didn't give further details about the investigation into the murder of nine dual citizens in rural Sonora. by Kendal Blust, Fronteras Desk Tweet 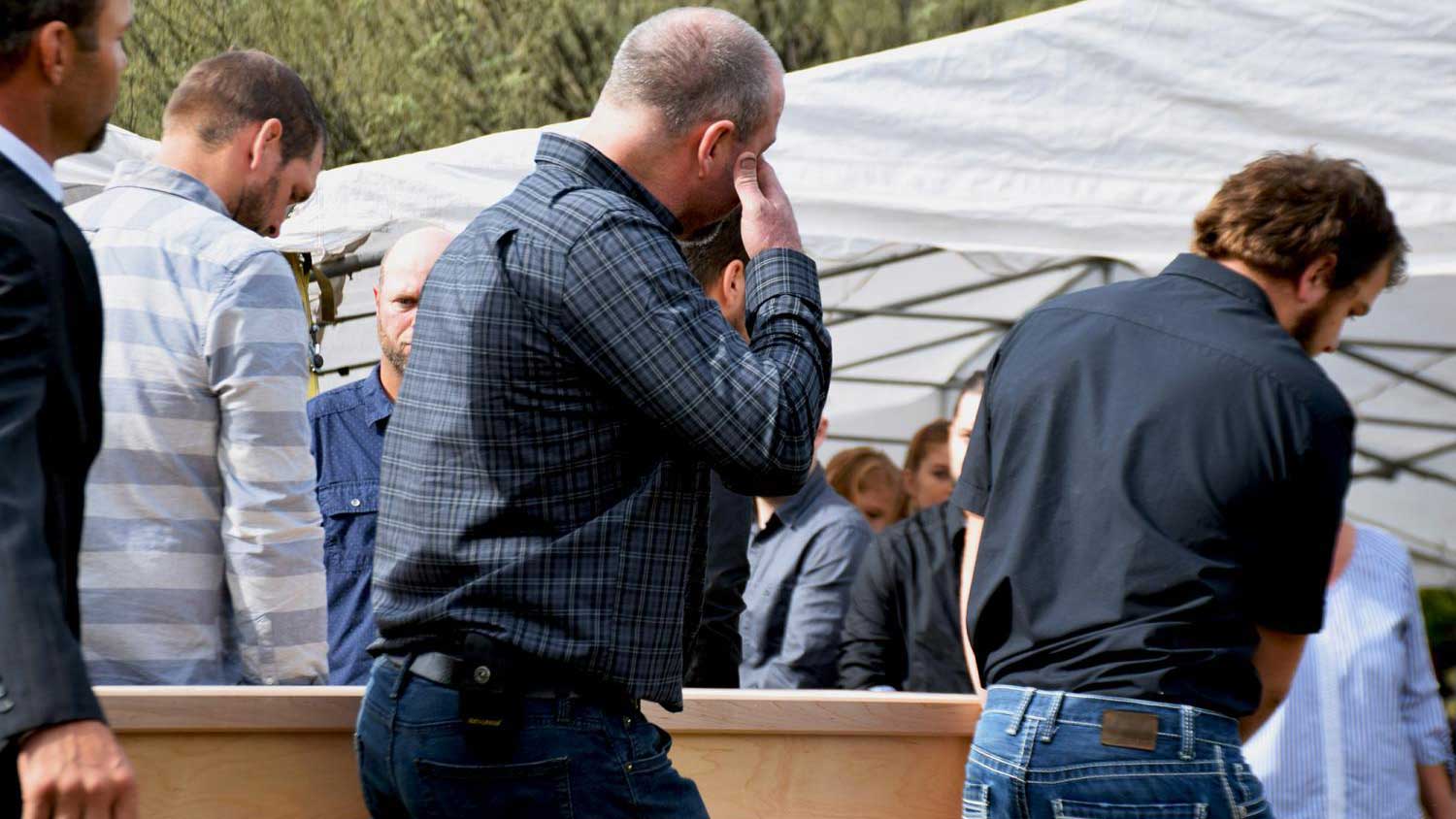 VIEW LARGER Family members carry a coffin to the funeral ceremony for Dawna Langford and her two sons Trevor and Rogan on Nov. 7, 2019.
Kendal Blust/Fronteras Desk

It’s been more than two weeks since nine dual U.S. and Mexican citizens were murdered in rural Sonora in an ambush by suspected drug cartel members.

During a press conference Tuesday morning, Mexican President Andrés Manuel López Obrador said an investigation into the murders of three women and six children from the La Mora community in Sonora is getting "special attention," but wouldn’t provide more details about what's been uncovered so far, citing the ongoing investigation.

"There is information already, but I can't provide that," he said, adding that full details of the investigation will come out in time.

For now, he offered to meet with families of the victims, "if that's what they want."

"To them, yes, we would give more information," he said. "What I can say to them, and to all Mexicans, is that we're working on the investigation. And they should have confidence."

He said his government is not the same as past Mexican administrations. In this investigation, he said, nothing will be covered up and no one will get away with impunity.

"We're not protecting anyone," he said. "Mexico isn't the principal human rights violator now, like it was before. There's no impunity anymore."

Mexico has also accepted the help of the FBI in investigating the case.

Tucson police officer kills man in wheelchair Feminist organizer among 3 killed in attack on protest in Guaymas, Sonora Jan. 6 rioter from Arizona got 41 months
By posting comments, you agree to our
AZPM encourages comments, but comments that contain profanity, unrelated information, threats, libel, defamatory statements, obscenities, pornography or that violate the law are not allowed. Comments that promote commercial products or services are not allowed. Comments in violation of this policy will be removed. Continued posting of comments that violate this policy will result in the commenter being banned from the site.