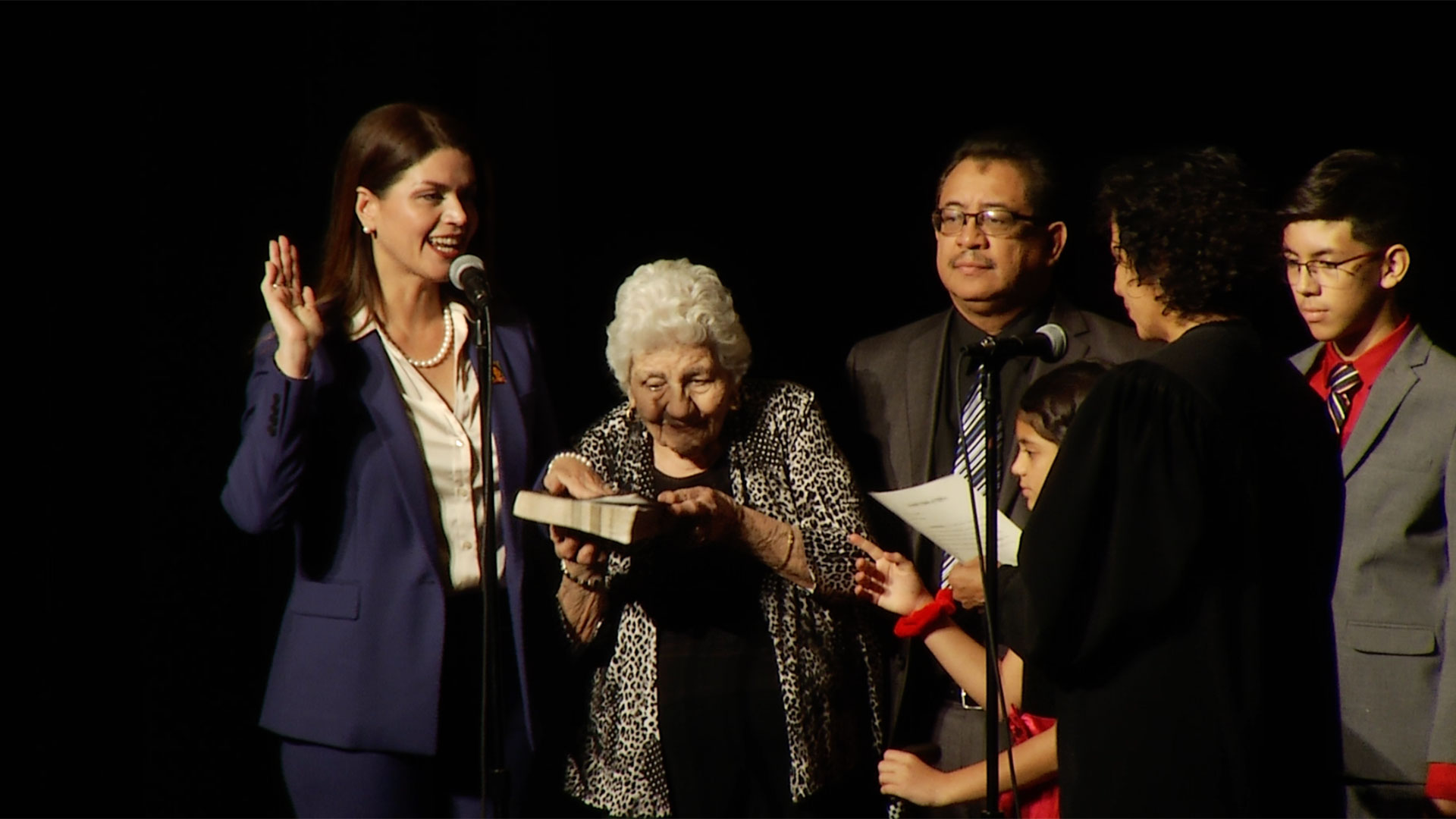 Tucson's new mayor and council were officially sworn in Monday morning. New council members Lane Santa Cruz and Nikki Lee took the oath of office as did returning council member Paul Cunningham and Mayor Regina Romero. The results of the November election did not change the make-up of city leadership, which remains an all-Democratic political body.

Romero spent a great deal of time on the campaign trail talking about addressing climate change and said rolling out a plan is a top priority.

But she also said Tucson residents shouldn't worry that other priorities will be forgotten.

"The political process is layered and so we can start working on a climate action plan immediately and as we work on the built infrastructure, as we build on transit, as we work on affordability, on job creation, on economic development, on small business development. All of this you can do at the same time," Romero said.

Romero said she wants to make Tucson a hub for Mexican business relocation and also wants to look at developing home-grown businesses.

"I am very interested in diversifying our economic development strategy, specifically focusing on small business," she told reporters.

Romero is the first woman to hold the office of mayor in Tucson.

Mayor Romero creates task force on gun violence Tucson Mayor-elect Regina Romero lays out immediate priorities Tucson election analysis, Mayor-elect Regina Romero, new TUSD board member
By posting comments, you agree to our
AZPM encourages comments, but comments that contain profanity, unrelated information, threats, libel, defamatory statements, obscenities, pornography or that violate the law are not allowed. Comments that promote commercial products or services are not allowed. Comments in violation of this policy will be removed. Continued posting of comments that violate this policy will result in the commenter being banned from the site.