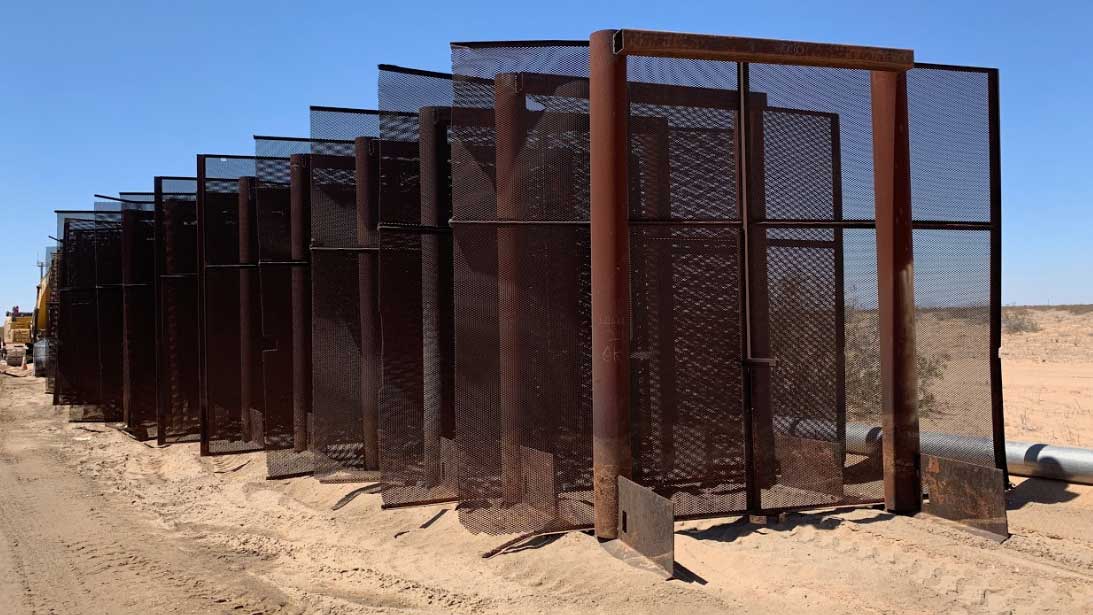 The Trump administration has lost two major court cases this week that, together, effectively block the U.S. government from using nearly $4 billion in military funds to build a new border fence.

In a decision Wednesday, a federal district court judge ruled that the administration was trying to use military budget money on a project that Congress had already rejected using civilian money for.

Judge Haywood Gilliam wrote: "But the Court cannot blind itself to the plain reality presented in this case: the border barrier projects Defendants now assert are “necessary to support the use of the armed forces” are the very same projects Defendants sought — and failed — to build under DHS’s (Department of Homeland Security's) civilian authority, because Congress would not appropriate the requested funds."

The Southern Border Communities Coalition is one of the groups that brought the lawsuit against the US. Director Vicki Gaubeca.

"What we’re seeing is that the challenge on the emergency declaration by and large there seems to be consensus in the lower courts that this was illegal," she said.

In a separate lawsuit, brought by El Paso, a judge earlier this week issued a permanent injunction against the administration transferring military funds to build the fence. Much of the intended money was supposed to fund border fence projects from Yuma to San Diego.

Rural officials say towns are ill-prepared for asylum seekers Border officials report a record number of apprehensions, but most are still being turned away New border apprehension numbers need context, advocates say
By posting comments, you agree to our
AZPM encourages comments, but comments that contain profanity, unrelated information, threats, libel, defamatory statements, obscenities, pornography or that violate the law are not allowed. Comments that promote commercial products or services are not allowed. Comments in violation of this policy will be removed. Continued posting of comments that violate this policy will result in the commenter being banned from the site.