First migrants returned to Nogales, Sonora, under ‘Remain In Mexico’

The agency said it expanded the program because it believes migrants were crossing into Arizona to avoid being sent back to Mexico. by Kendal Blust, Fronteras Desk TWEET SHARE 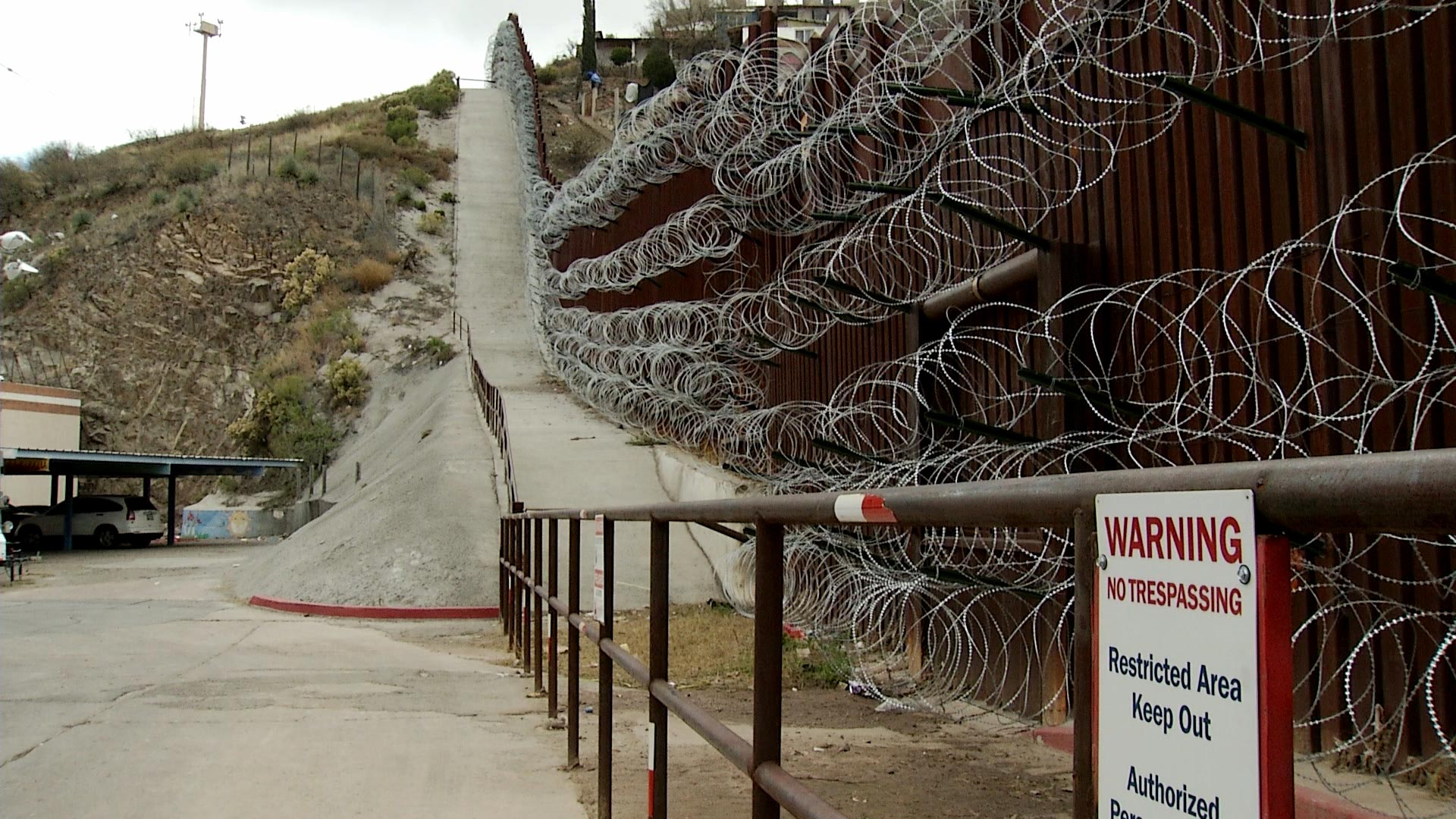 A sign warns against trespassing on federal property in front of bollard fencing covered in concertina wire at the international border in Nogales, Arizona.
AZPM

For the first time, U.S. Customs and Border Protection is sending asylum seekers back to Nogales, Sonora, to wait for their cases to proceed through the U.S. asylum system. It’s part of the Migrant Protection Protocols, also known as the “Remain In Mexico” program.

On Thursday morning, the first group of 18 asylum seekers were sent back to Nogales, said CBP spokeswoman Meredith Mingledorff. She could not say how many would be sent back going forward.

“As people come through and are determined eligible for that program, that’s what will determine whether or not they are sent back,” she said.

Late last year, CBP announced asylum seekers apprehended in the Tucson Sector, which includes much of Arizona’s border with Mexico, would be sent back to wait in Ciudad Juarez, across the border from El Paso, Texas.

Now, asylum seekers will also be sent to Mexico through the Nogales Port of Entry — the seventh port of entry to be included in the program, and the first in Arizona — according to a Department of Homeland Security news release.

The agency decided to expand the program because it believes migrants were crossing the border into Arizona to avoid being sent back to Mexico, Mingledorff said.

“So it was a factor in migration patterns. And they wanted to take that away and say, ‘OK, that’s not going to be an option here anymore. If you come here and you’re eligible, then you will be returned to Mexico,” she said.

More than 56,000 people have been sent back to border cities in Mexico since January 2019, through ports in and around San Diego, Calexico, El Paso, Laredo, Brownsville, and Eagle Pass, according to the DHS release. The agency called the “Remain In Mexico” program “a cornerstone” of its efforts to address an overburdened immigration system.

“MPP has been an extremely effective tool as the United States, under the leadership of President Trump, continues to address the ongoing humanitarian and security crisis at the border,” acting Secretary Chad Wolf was quoted as saying.

Migrant advocates, however, have said that the program puts vulnerable asylum seekers into dangerous situations in Mexico.

“The three major concerns are health, shelter and access to the support they need to continue their cases,” said Joanna Williams, education and advocacy director with the Kino Border Initiative, which works with migrants and asylum seekers on both sides of the border in Nogales. “It’s less than freezing every night here in Nogales. It’s particularly troubling as far as the humanitarian situation folks will be in, because they very well could be sleeping outside in below-freezing temperatures.”

Williams said there is a lack of planning and coordination in Nogales to provide asylum seekers with shelter and other resources they need as they wait for their court dates. And there are already thousands of people in Nogales waiting to ask for asylum at the port of entry. The wait for most is at least four months right now, Williams said.

“We’re not even sure where people are going to sleep at night,” she said. “And unfortunately, what we’ve seen in other border cities is that the longer MPP is around — the more many dozens and hundreds of people are returned — the more chaotic, dangerous and problematic the situation becomes.”

‘Remain in Mexico’ policy’s impact in Nogales, Sonora Migrants, asylum seekers march in Nogales, Sonora Border Patrol's soft-sided facility for migrants readies for operation in Tucson
By posting comments, you agree to our
AZPM encourages comments, but comments that contain profanity, unrelated information, threats, libel, defamatory statements, obscenities, pornography or that violate the law are not allowed. Comments that promote commercial products or services are not allowed. Comments in violation of this policy will be removed. Continued posting of comments that violate this policy will result in the commenter being banned from the site.