The relatives of women and children murdered in November in Sonora joined other marchers to demand justice for victims of organized crime. by Rodrigo Cervantes, Fronteras Desk TWEET SHARE 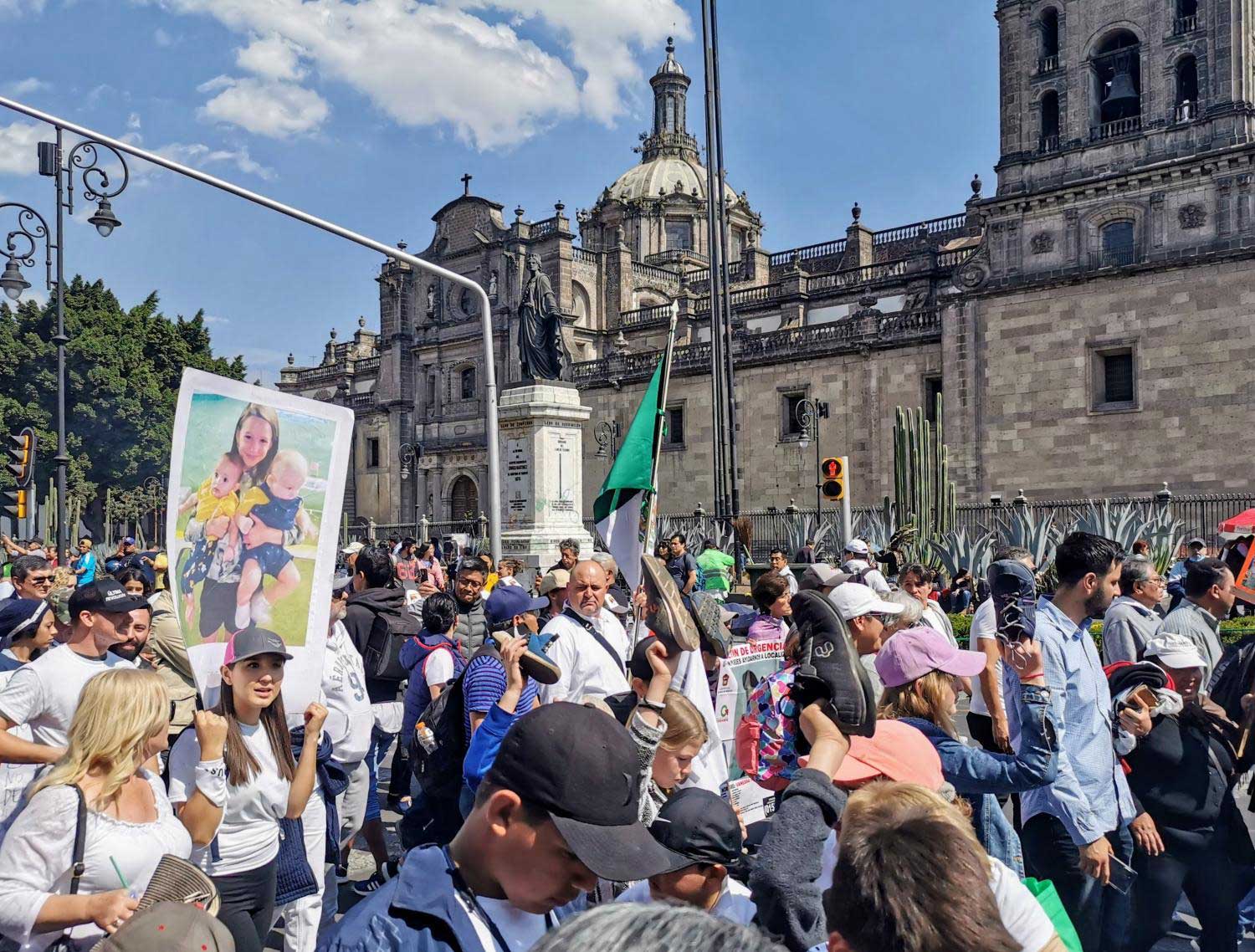 Led by the LeBaron family, hundreds gathered in Mexico City's downtown to protest against violence on Jan. 26, 2020.
Rodrigo Cervantes/Fronteras Desk

MEXICO CITY - Hundreds of people rallied on Sunday in Mexico City demanding peace and justice to the victims of organized crime. Among them were the relatives of the women and children murdered in November in Sonora, Mexico, allegedly by traffickers.

Members from the LeBarón family rallied with a shoe off. They were honoring the girl who ran away from the attack with a missing shoe.

The Mexican president had disdained the protest, calling it a “show.” Kenley LeBarón disagrees.

At some point, a group of sympathizers of the president verbally attacked the protesters and the attending press, calling them “traitors.”

A committee from the rally delivered a letter with requests to Mexico’s presidential office.

‘Remain in Mexico’ policy’s impact in Nogales, Sonora US-Mexico border closure extended through late December Mexico’s Senate approves marijuana legalization measure
By posting comments, you agree to our
AZPM encourages comments, but comments that contain profanity, unrelated information, threats, libel, defamatory statements, obscenities, pornography or that violate the law are not allowed. Comments that promote commercial products or services are not allowed. Comments in violation of this policy will be removed. Continued posting of comments that violate this policy will result in the commenter being banned from the site.