The deal is the latest attempt to make up for the lack of coal revenue and develop renewable energy projects. by Laurel Morales, Fronteras Desk TWEET SHARE 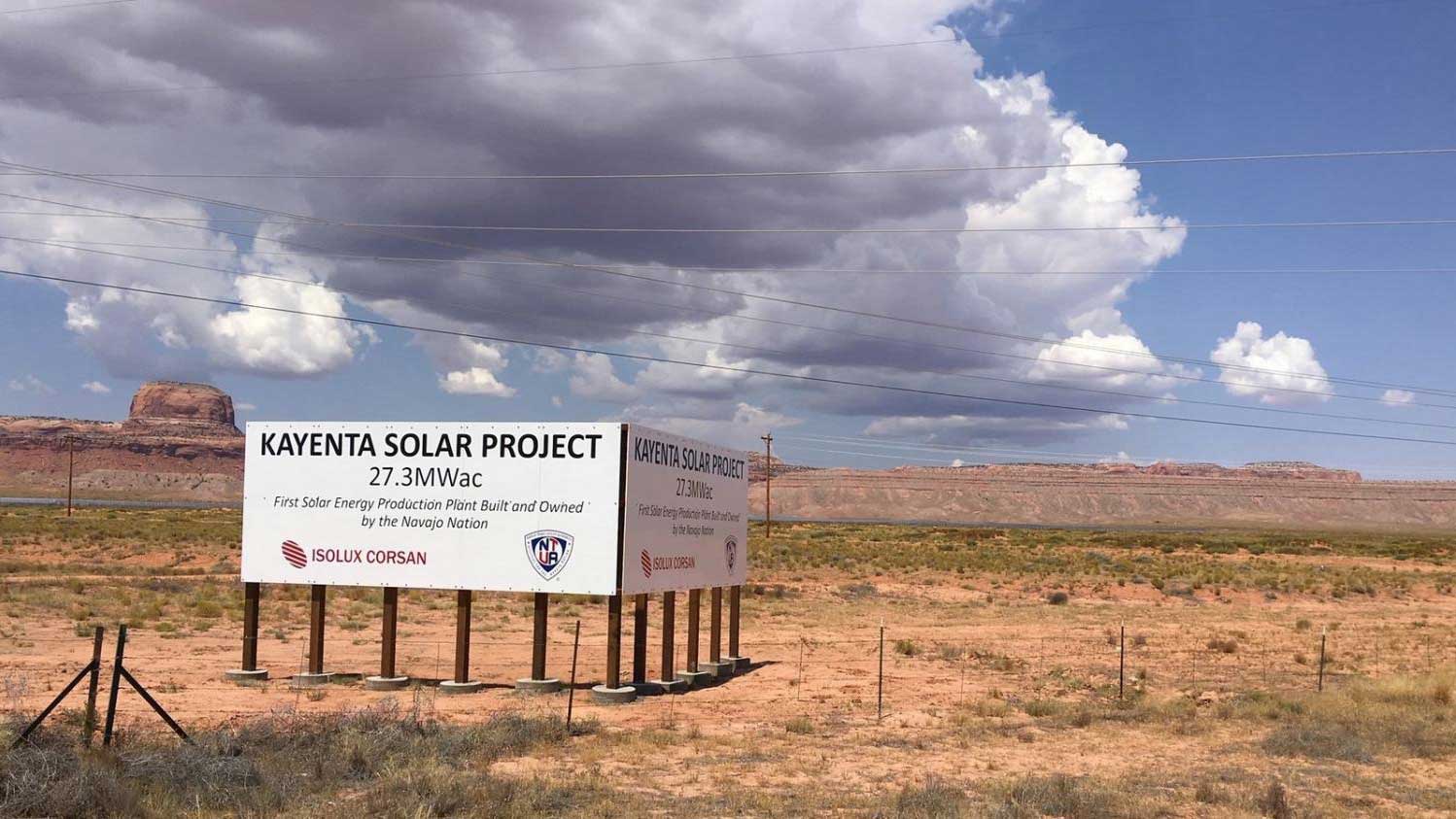 VIEW LARGER After decades of dependency on coal for jobs, the Navajo Nation is turning to renewables.
Laurel Morales/Fronteras Desk

Navajo President Jonathan Nez will attend a Los Angeles City Council meeting Wednesday to discuss a proposed partnership. The tribe wants to provide the city with 500 megawatts of clean energy.

The Los Angeles Department of Water and Power was a part owner of the Navajo Generating Station. The operators closed the coal-fired power plant at the end of last year in favor of natural gas and renewable energy.

The LA deal is the latest attempt to make up for the lack of coal revenue and develop renewable energy projects. The Navajo Nation also recently filed to intervene in a rate case with Arizona Public Service, a co-owner of NGS and the Four Corners Power Plant, which the utility plans to close in 2031.

The tribe also asked Tucson Electric Power for $62 million. The tribe came up with that figure by multiplying 100,000 by the number of megawatts the utility owned in three coal-fired plants.

The Arizona Corporation Commission told the utilities to be prepared to offer transition funds to affected communities.

Oak Flat: Opposing op-eds try to sway public opinion Federal court hears case for preliminary injunction at Oak Flat San Carlos Tribal members run to advocate for Oak Flat
By posting comments, you agree to our
AZPM encourages comments, but comments that contain profanity, unrelated information, threats, libel, defamatory statements, obscenities, pornography or that violate the law are not allowed. Comments that promote commercial products or services are not allowed. Comments in violation of this policy will be removed. Continued posting of comments that violate this policy will result in the commenter being banned from the site.