Consular IDs come up during visit by high-ranking Mexican official 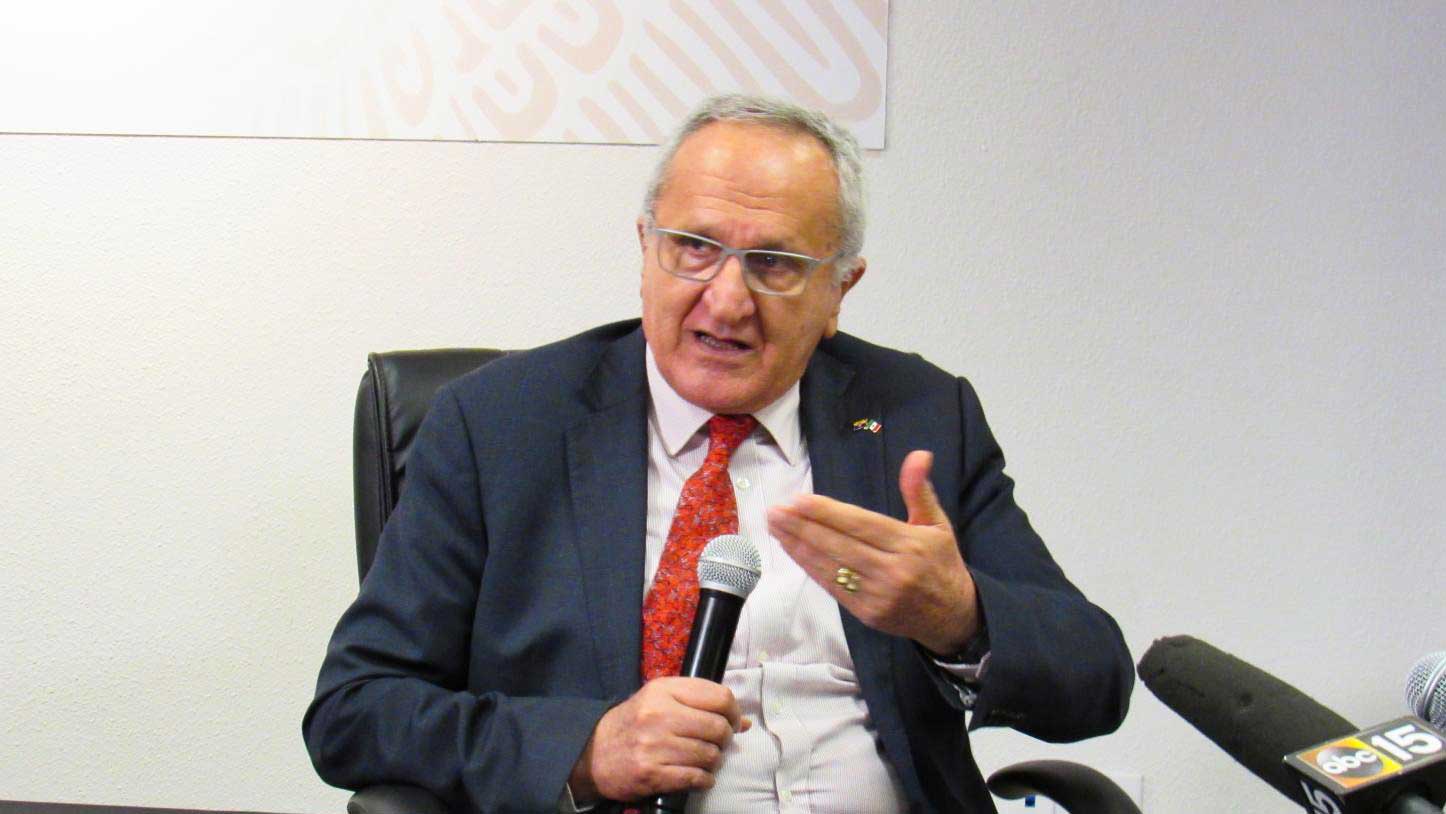 The Mexican undersecretary for North America was in Arizona this week to meet with the governor and state lawmakers.

A 2011 law blocked state officials and local governments from accepting consular identification cards, which the Mexican government created to identify its nationals regardless of immigration status.

At a news conference Friday, Undersecretary Jesus Seade said it doesn’t make sense for Arizona to continue the ban, given its close friendship with Mexico.

“It is good for society to know who people are. And it is good for people to be able to show who they are,” he said.

Seade said his aim was not to pressure state officials or act as a negotiator. The goal was to move the discussion forward in a cordial way.

Two bills have been introduced at the state Legislature that would make consular IDs acceptable.

One says the IDs would only be allowed if the foreign government that issues them uses fingerprints and retina scans. The bill is scheduled for a committee hearing next week.

Former Coconino County Supervisor named to USDA senior staff position Recall effort against Tucson mayor fails Uhlich appointed to replace Durham on Tucson City Council
By posting comments, you agree to our
AZPM encourages comments, but comments that contain profanity, unrelated information, threats, libel, defamatory statements, obscenities, pornography or that violate the law are not allowed. Comments that promote commercial products or services are not allowed. Comments in violation of this policy will be removed. Continued posting of comments that violate this policy will result in the commenter being banned from the site.