Prosecutors declined to say why they dropped the case against Warren. by Michel Marizco, Fronteras Desk TWEET SHARE 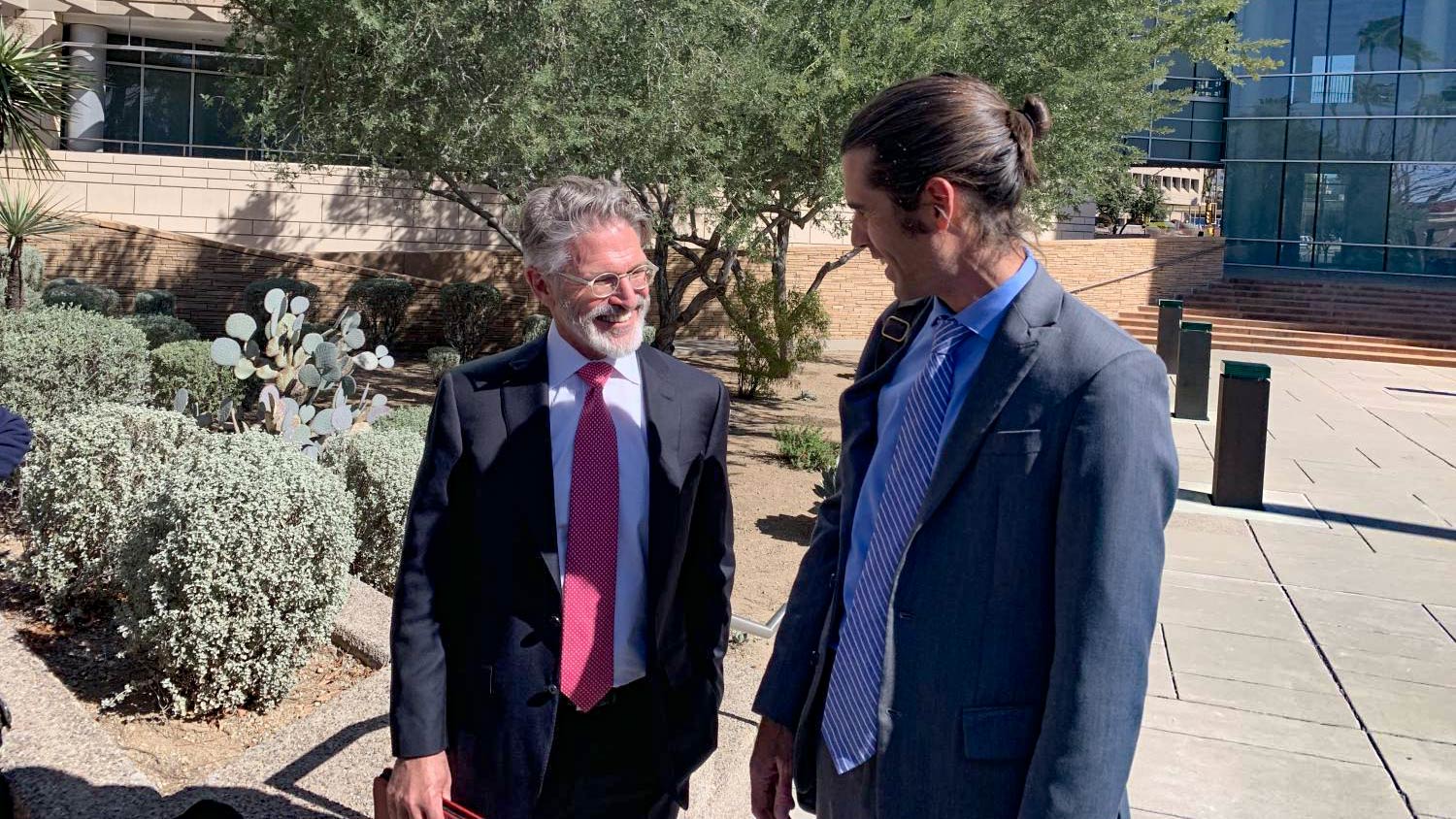 The U.S. government first prosecuted Scott Warren for driving a vehicle onto the Cabeza Prieta Wildlife Refuge in Southern Arizona and dropping off supplies for undocumented migrants.

The government prosecuted him first on felony smuggling charges and then on a harboring charge, but juries failed to convict. Prosecutors did land a misdemeanor conviction of driving on the refuge. But then late Wednesday, hours before sentencing, the U.S. dropped that charge.

Warren said nothing outside the courthouse. His attorney Greg Kuykendall said, "I think the goal was to have more dead bodies in the desert by implication of stopping good people like Scott and No More Deaths from doing their work."

Kuykendall referenced the so-called prevention-through-deterrence program utilized by the U.S. Border Patrol since the 1990s to make the risks of crossing the border through Sonoran Desert so hard that people would opt not to.

The opposite proved to be true, and record numbers of undocumented immigrants came through the Arizona desert with hundreds dying from exposure every year. No More Deaths was created in 2004 as a direct response to those several hundred deaths.

Prosecutors declined to say why they dropped the case against Warren. A brief line in their request to the judge noted only: "in the interest of justice."

In court, Kuykendall tried to convince Judge Raner Collins to compel the U.S. to state why they dropped the case after more than two years.

Collins declined. "The press is here. His friends are here. It’s over. Have a good day," he said, then left the courtroom.

Arizona migrant border deaths on track for record amid heat New Pima County attorney drops cash bail, some deportations Hermosillo among hardest hit Mexican capitals economically during pandemic
By posting comments, you agree to our
AZPM encourages comments, but comments that contain profanity, unrelated information, threats, libel, defamatory statements, obscenities, pornography or that violate the law are not allowed. Comments that promote commercial products or services are not allowed. Comments in violation of this policy will be removed. Continued posting of comments that violate this policy will result in the commenter being banned from the site.