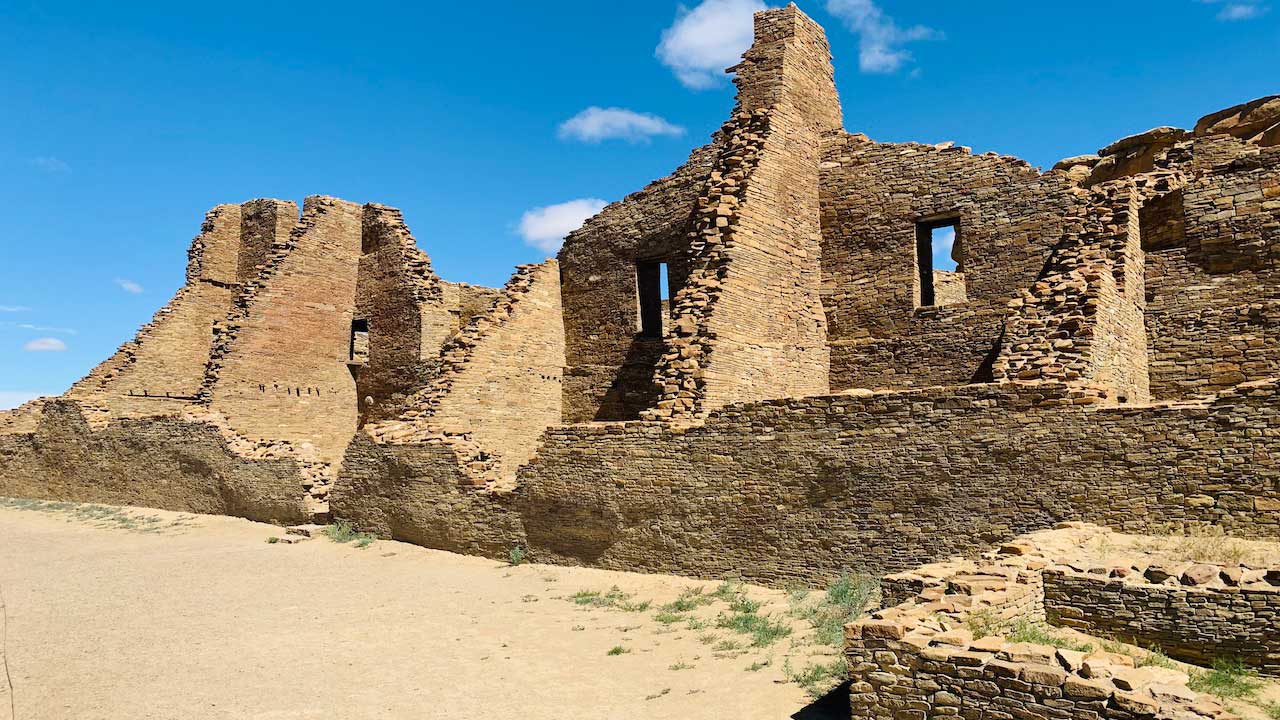 VIEW LARGER Chaco Canyon was once a hub of Indigenous civilization. Many cultural resources and sacred sights remain.
Navajo Nation via Fronteras Desk

The federal government released a new management plan for oil and gas drilling in the Greater Chaco Canyon area. Conservationists and some tribal members say it doesn't go far enough to protect the environment and cultural sites.

The Bureau of Land Management projects as many as 3,000 new oil and gas wells in the area surrounding Chaco Culture National Historical Park. That's 33 fewer wells than what was initially proposed.

In December, Congress passed a bill that gave tribes money to study impacts of fracking in the area for one year.

"All the hazardous air pollutants, all the water, and toxic waste being dumped on lands in and around the greater Chaco landscape the main thing is we're worried about future generations," Atencio said.

Atencio refused to sign away his land but said he will likely be outnumbered by relatives who want a steady income.

People have until the end of May to comment.

Navajo Nation opposes new law for unsigned mail-in ballots Tribal police academy honors Tohono O'odham officer, Bryan Brown U.S. Treasury Dept. has announced methodology for tribal COVID relief
By posting comments, you agree to our
AZPM encourages comments, but comments that contain profanity, unrelated information, threats, libel, defamatory statements, obscenities, pornography or that violate the law are not allowed. Comments that promote commercial products or services are not allowed. Comments in violation of this policy will be removed. Continued posting of comments that violate this policy will result in the commenter being banned from the site.