Some said the raffle is a smoke screen to overshadow a women’s strike protesting an increase of hate crimes against women. by Rodrigo Cervantes, Fronteras Desk TWEET SHARE 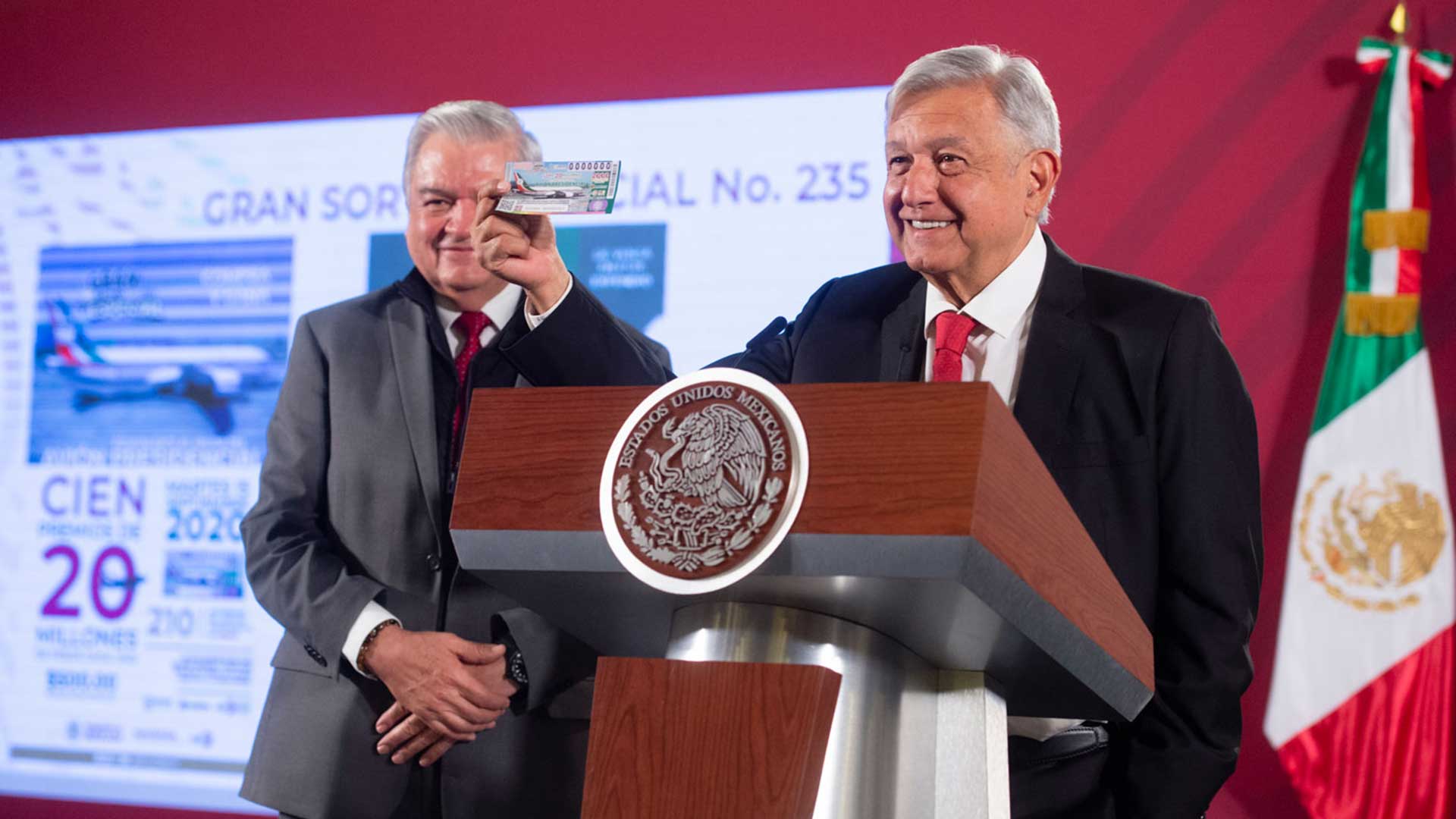 MEXICO CITY — For more than a year, the Mexican president has been using commercial flights while trying to sell the presidential plane as part of his austerity plan. But since a deal hasn’t been struck, President Andrés Manuel López Obrador decided to raffle the plane.

President López Obrador said 6 million tickets will be distributed around Mexico starting next Monday. He purchased the first ticket for 500 pesos (about $25).

But feminists said the raffle is a smoke screen to overshadow Monday’s women’s strike to protest against the increase of hate crimes against women, and the president changed the raffle’s date.

López Obrador stated he didn’t even remember that the strike was on Monday, and blamed conservative opponents of being behind the protest.

Days ago, the president held a private dinner with Mexican business leaders asking them to commit to spending millions of dollars in raffle tickets.

Ducey “implores” Biden to allow oil leases on federal land Biden and Harris “visit” state COVID-19 vaccination site AZ Federal Prosecutor resigning
By posting comments, you agree to our
AZPM encourages comments, but comments that contain profanity, unrelated information, threats, libel, defamatory statements, obscenities, pornography or that violate the law are not allowed. Comments that promote commercial products or services are not allowed. Comments in violation of this policy will be removed. Continued posting of comments that violate this policy will result in the commenter being banned from the site.