Mayors ‘flabbergasted’ at list of services Ducey order would protect

Some Arizona mayors questioned why things like golf courses and pawnshops made the list of "essential services" in the executive order. by Jessica Myers, Cronkite News Tweet 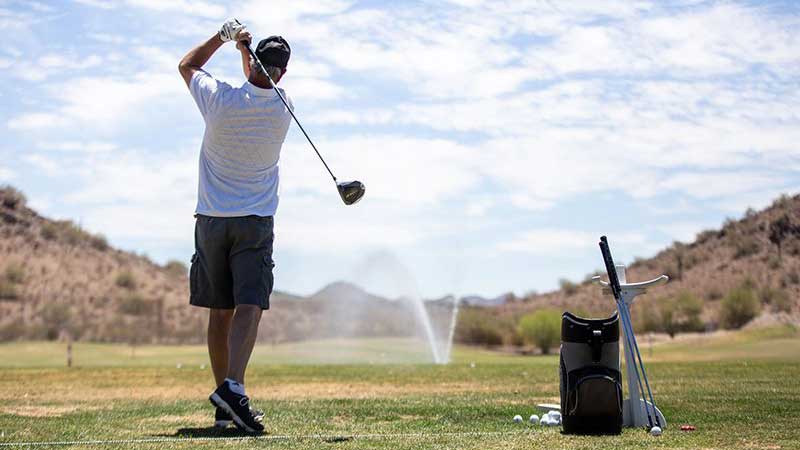 An executive order by Gov. Doug Ducey identifies groceries, pharmacies, health care and home care services, gas stations and more as “essential services” that cannot be shuttered by local governments in response to the coronavirus. But it also lists parks, trails, laundries and pawn brokers as essential, raising eyebrows among some mayors.
Ellen O’Brien/Cronkite News

PHOENIX – Arizona mayors Tuesday questioned Gov. Doug Ducey’s inclusion of golf courses, pawnshops, laundries and other businesses in the definition of “essential services” that local governments would be barred from closing in response to the coronavirus.

Flagstaff Mayor Coral Evans, who wrote to Ducey along with mayors from Tucson, Somerton, Tolleson and Winslow, said she understood why hospitals, groceries and gas stations were on the list, but that she and others were “flabbergasted” by some of the other choices.

Flagstaff was one of the first cities in the state last week to close bars, dine-in restaurants, gyms, libraries, theaters and other venues where people gather, like bowling alleys and skating rinks, in an effort to stop the spread of the coronavirus.

Joining my fellow mayors @CityofFlagstaff, @AnnaTovarAZ, and others in requesting statewide direction from Gov @dougducey on restrictions of non-essential functions as well as a moratorium to evictions/foreclosures. pic.twitter.com/E3HjhNpaHa

Ducey’s executive order Monday does not reverse any of those actions, but Evans said it strips away control from the local level where mayors who are closest to the public know best how to protect them.

Ducey’s office did not respond to requests for comment on the mayors’ letter. But in recent days he has resisted calls to follow other states that have imposed tougher restrictions on businesses and public gatherings, calling the fight against COVID-19 “a marathon and not a sprint.”

“We see what’s happening in other places, we’re focused on the state of Arizona,” Ducey said at a news conference Monday, when asked about “shelter-in-place” policies in other states.

Ducey ordered the closure Friday of bars, dine-in restaurants, theaters and gyms in counties with confirmed cases of the coronavirus. There were six such counties when he issued the order Thursday night, but then jumped to 11 over the weekend. Only Mohave, La Paz, Gila and Greenlee counties did not have any confirmed cases as of Tuesday.

While states like Missouri and Iowa have fewer confirmed coronavirus cases than Arizona, they have stricter restrictions, prohibiting gatherings of 10 or more people, for example, Arizona only has recommended that people limit gatherings to 10 or fewer people. Ducey said Arizona officials will “continue to escalate as necessary” depending on levels of spread and risk.

Ducey did announce new steps Tuesday to help those affected by the fallout from the coronavirus, ordering a 60-day delay in foreclosures and evictions, along with steps to improve access to medical equipment, provide childcare for “frontline workers” and free up doctors to work in the state.

The mayors had asked Ducey in their letter for protections on foreclosures and evictions, and Evans welcomed his action on that front. She called the issue of evictions a major problem in Arizona, and said she hopes the governor is aware his order will impact “people who are most impoverished.”

But she said the declaration of “essential” services needs to be addressed, pointing to the case of one Flagstaff resident who works at a laundromat.

The worker fears for her health by going to work because “there’s no social distancing” and people there are coughing. But laundries are deemed an essential service, the worker fears she could lose her job if she didn’t go in.

“The service industry doesn’t have the opportunity to go home and work from home,” she said.

Despite safety fears, people who have “no other choice but to go to work” could lose their jobs for not coming in when essential businesses stay open.

“Those are the people that are going to be most negatively impacted,” Evans said. “These are people that in general don’t have the opportunity to go to see the doctor and don’t necessarily go to the doctor when they get sick because they don’t have insurance or money.”

The mayors also wrote that since the governor’s restrictions only apply to counties with COVID-19 cases, it has driven people to “seek resources and patronize restaurants and bars in adjacent counties,” further jeopardizing community public health. That is why they believe a state-wide plan is crucial.

Phoenix Mayor Kate Gallego did not sign on to the letter with the other mayors, but said mayors need to be allowed to make decisions in the best interests of their residents. She said she did “not think this executive order is sustainable.”

“We want to work with you, but we need the ability to implement common sense precautions to help support our residents,” she said she would tell Ducey. “I believe we ought to be able to put in common sense safety precautions at the city level or to make different decisions about how we allocate resources.”

Ducey orders barber shops, nail salons to close Fourth Avenue businesses feeling pinch of coronavirus-related closures Arizona health director expects COVID-19 illnesses to peak in April, hospitalizations in May
By posting comments, you agree to our
AZPM encourages comments, but comments that contain profanity, unrelated information, threats, libel, defamatory statements, obscenities, pornography or that violate the law are not allowed. Comments that promote commercial products or services are not allowed. Comments in violation of this policy will be removed. Continued posting of comments that violate this policy will result in the commenter being banned from the site.