Poll: Jobs and economy are top concerns for Arizona

Education is still the top issue for respondents. Immigration has decreased in importance. by Christopher Conover TWEET SHARE 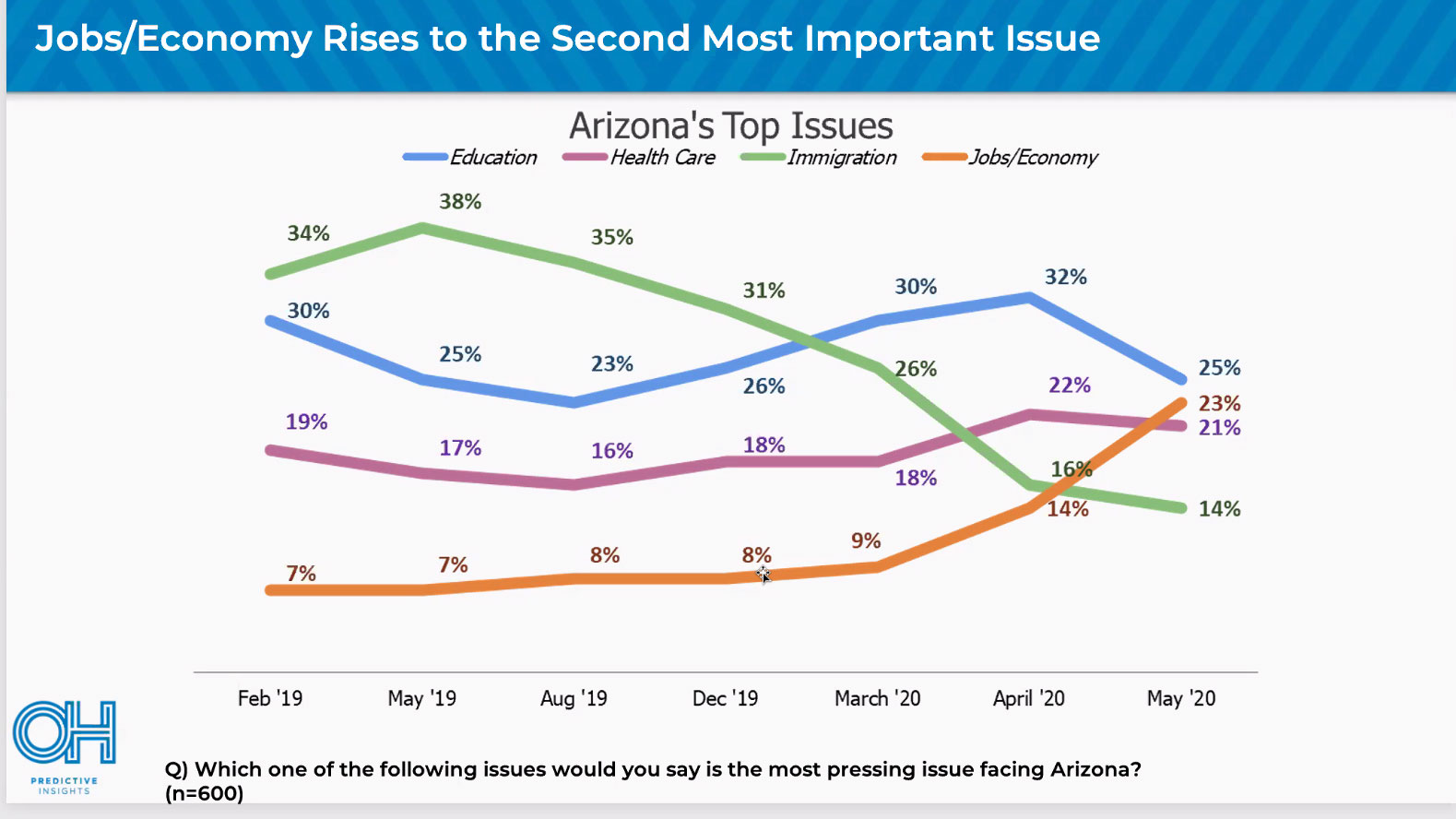 Before the COVID-19 outbreak, education and immigration were the top issues for Arizonans, according to polling by OH Predictive Insights. Since March, that has changed.

“Jobs and economy went from like fourth or fifth. It was not in the top three. It is now 2 points away from education and being the top issue,” said Mike Noble with OH Predictive.

Health care is the number three issue of concern for Arizonans, according to the survey. That is the place it has occupied for more than a year.

Immigration was trending lower before the pandemic, but since then its importance to Arizonans has plummeted.

Gov. Doug Ducey issued his stay-at-home order on March 30 and let it expire on May 15. The rise in the importance of jobs and the economy can be tied to that order.

Tucson developments forge ahead during pandemic Arizona unemployment numbers continue to rise Continued unemployment claims still climbing in Arizona
By posting comments, you agree to our
AZPM encourages comments, but comments that contain profanity, unrelated information, threats, libel, defamatory statements, obscenities, pornography or that violate the law are not allowed. Comments that promote commercial products or services are not allowed. Comments in violation of this policy will be removed. Continued posting of comments that violate this policy will result in the commenter being banned from the site.