A court document pulls funding for a 7-mile stretch that would have crossed tribal land. by Alisa Reznick TWEET SHARE 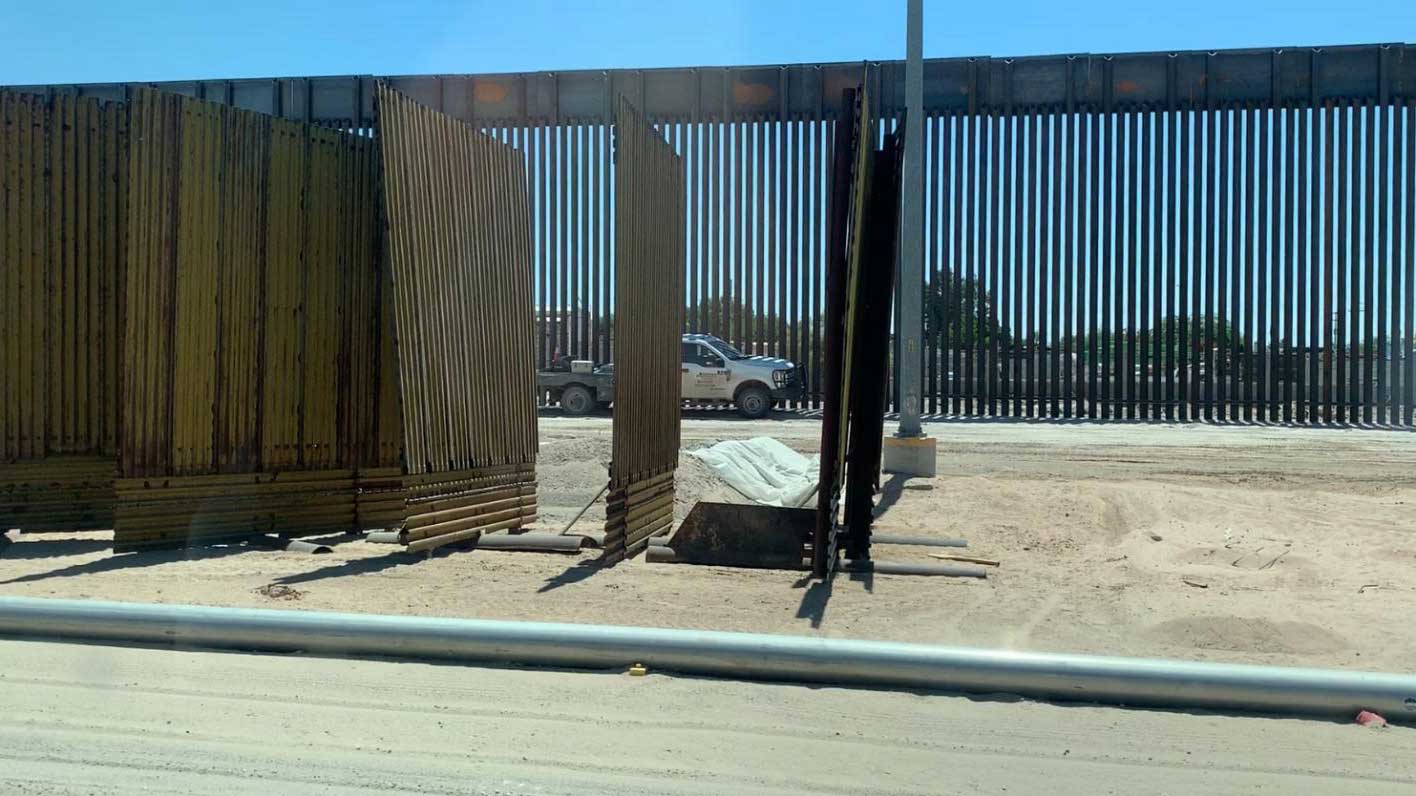 VIEW LARGER A court document submitted by federal attorneys May 20 eliminates funding for a stretch of border wall that would have crossed through tribal land.
Michel Marizco/Fronteras Desk file photo

The Department of Homeland Security has new wall projects planned in almost 100 miles of Arizona borderlands. But one section slated for Native American land near Yuma is being reconsidered.

The Cocopah Indian Tribe spans around 6,500 acres just south of Yuma. The tribe has historic ties to the Colorado River there. Access to the river could have been severed by the Trump administration's border wall.

Now a new court document submitted by federal attorneys May 20 eliminates funding for the 7-mile stretch that would have crossed through tribal land.

Dan Millis of the Sierra Club said this is a positive move to protect tribal resources, but he said communities are still being left out of planning.

"This wall is being planned by faraway places by people who are just looking at maps on flat screens, that have no idea where the Native American tribes live, where the water flows across the border," he said.

Earlier this year the Trump administration diverted $3.8 billion in Pentagon funding to the border wall. The court document said the Department of Defense will not use its funds on the section because of difficult terrain and high building costs.

AZPM reached out to Customs and Border Protection for comment. In an email, an agency spokesperson said the Department of Defense is now expected to fund approximately 155 miles of border wall, but that mileage could fluctuate until all contracts have been awarded. The spokesperson also said the agency is in communication with the Cocopah Indian Tribe about the project.

This article was updated May 29 to include a Customs and Border Protection response to questions from AZPM.

New letter asks Mexican officials to help stop border wall construction After Congress approves new border wall funding, environmentalists consider next steps After the wall, border residents take stock of what's next
By posting comments, you agree to our
AZPM encourages comments, but comments that contain profanity, unrelated information, threats, libel, defamatory statements, obscenities, pornography or that violate the law are not allowed. Comments that promote commercial products or services are not allowed. Comments in violation of this policy will be removed. Continued posting of comments that violate this policy will result in the commenter being banned from the site.