Forecasters predict hot monsoon, though rainfall is up in the air

A lack of El Niño this year makes how much it will rain hard to forecast. by Steve Jess TWEET SHARE 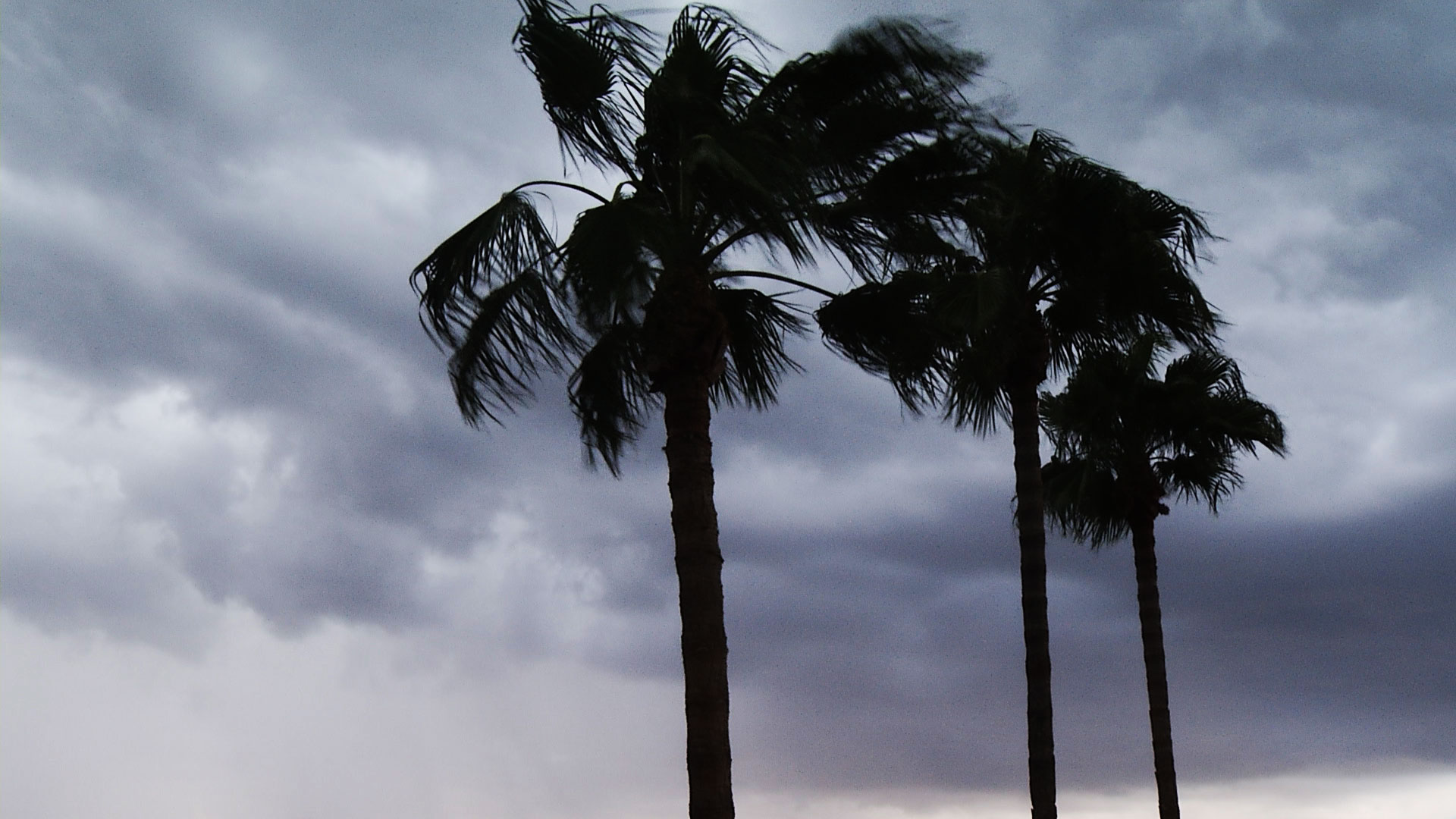 Palm trees blow in the wind during monsoon in Tucson.
AZPM file photo

The National Weather Service says the 2020 monsoon will be hotter than average, but there's no telling how much rain we will get.

Forecasters say Arizona, along with all the western United States, has a good chance of above-normal temperatures from July through September.

Monsoon storms in July and August typically drop from 6-8 inches of rain in the Tucson area.

The well-known El Niño current in the Pacific Ocean is absent this year. El Niño currents are usually associated with weaker-than-normal monsoon rainfall. Without it, the Weather Service says the odds of rainfall being normal, above normal, or below normal are roughly equal.

Last year, when an El Niño was flowing in the Pacific, the monsoon started late, and produced lower-than-average rainfall.

Lots of heat, little rain in Tucson Monsoon in Southern Arizona officially starts this week National Weather Service: Dryness defined 2020 in Southwest
By posting comments, you agree to our
AZPM encourages comments, but comments that contain profanity, unrelated information, threats, libel, defamatory statements, obscenities, pornography or that violate the law are not allowed. Comments that promote commercial products or services are not allowed. Comments in violation of this policy will be removed. Continued posting of comments that violate this policy will result in the commenter being banned from the site.