A group says the current situation is pushing fishermen to turn to poaching, which threatens the few remaining porpoises. by Kendal Blust, Fronteras Desk Tweet 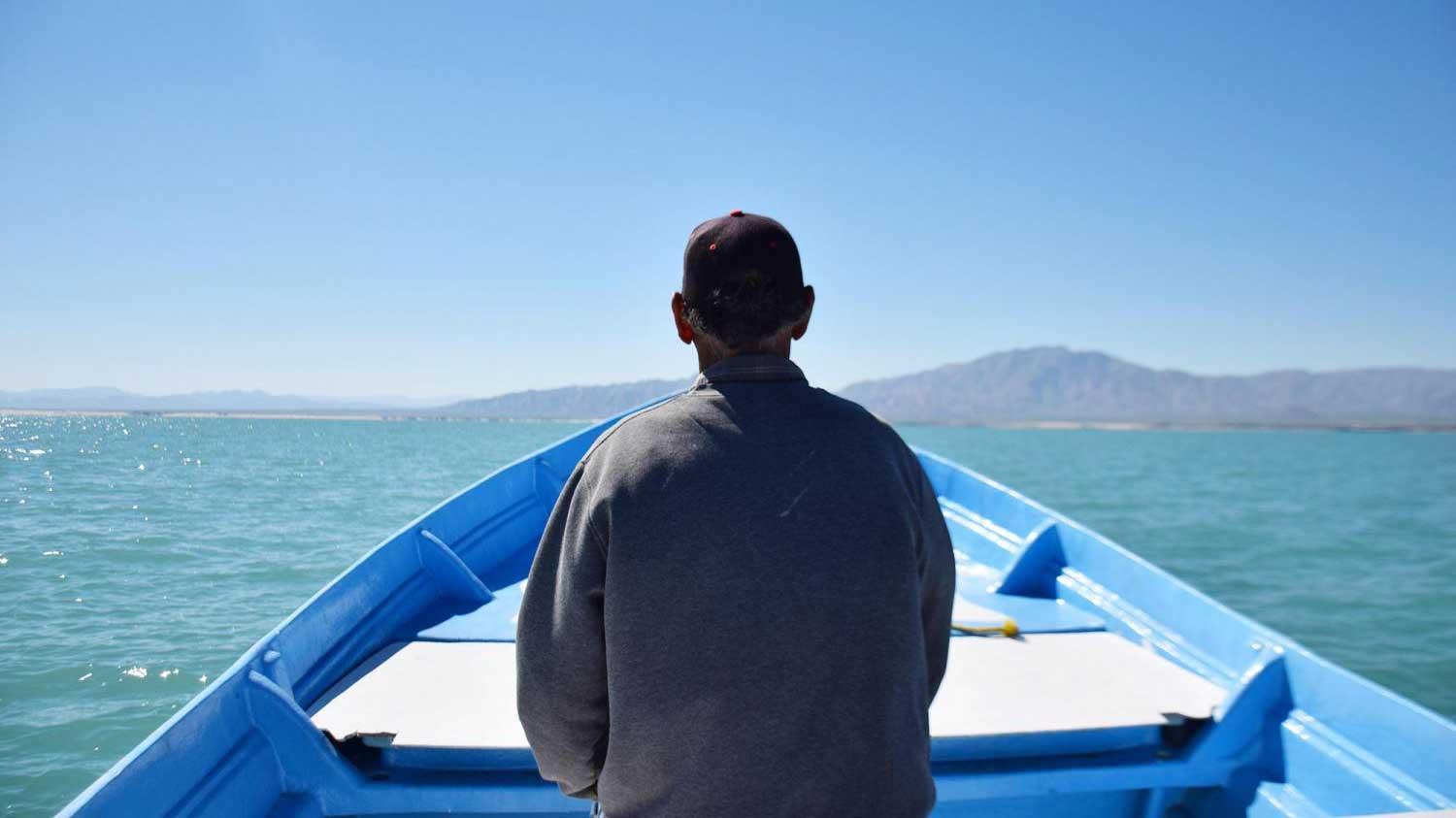 VIEW LARGER Fisherman Ruben Orozco sits in the front of his small boat, or panga, outside the town of San Felipe in October 2018.
Kendal Blust/Fronteras Desk

Fishermen in the small town of San Felipe on Mexico’s Sea of Cortez are among thousands receiving about $330 in financial assistance through the Mexican government. But community leaders say the one-time payment isn’t nearly enough.

"We don't even know anymore what is affecting us the most," said Ramon Franco, leader of a fishermen's federation in San Felipe, referring to the added stress the global coronavirus pandemic has put on struggling local families.

The town has faced economic hardship for years due to in part to a fishing ban meant to protect the nearly extinct vaquita marina porpoise. There are only an estimated 10 vaquita remaining in the uppermost part of the Sea of Cortez. Fishermen's gillnets are considered a threat to the small porpoise, especially those used by poachers to catch a huge fish called the totoaba that is highly valuable on the black market in Asia. But vaquita can also get stuck in the nets and drown.

In the past, fishermen in San Felipe received compensation from the government to remain out of the water and protect the vaquita. But those payments were unreliable even before President Andrés Manuel López Obrador took office nearly in December 2018 and the funds dried up completely. Since then, pressures on the community have only increased, and while fishermen in communities near the vaquita’s habitat have repeatedly called on the Mexican government to renew its for support or lift the ban, Franco said no aid has been forthcoming.

"So even though officially we can't go out to work, we did it out of necessity," he said, of a decision by fishing federations in the area to return to the water last year.

But that hasn't solved the problem. In an effort to pressure the Mexican government to take stronger action to protect the vaquita and keep illegal nets out of protected areas, the United States expanded an embargo in March, banning the importation of shrimp and other seafood caught with gillnets in the vaquita's habitat.

"It's chaos," Franco said of the current situation. "Illegal fishing continues at 100%; there's the embargo, the prohibition on gillnets, and we don't know what to do."

He said with little hope that that Mexican government will step in to help them, some fishermen are starting to look to international organizations.

"We are asking for aid from the United Nations, from United States and the groups that have promoted the embargo," he said. "We want them to help us find a way to work, to live, as human beings."

The current situation, he said, is pushing more and more fishermen to turn to poaching totoaba and other illegal fishing in the vaquita refuge area to make a living.

Mexico, Sea Shepherd reach agreement to return patrol ships to Sea of Cortez USMCA commission asks Mexico to respond to alleged lack of protection for endangered porpoise Arizona Dept. of Health Services encourages Pfizer vaccine amid Moderna shortage
By posting comments, you agree to our
AZPM encourages comments, but comments that contain profanity, unrelated information, threats, libel, defamatory statements, obscenities, pornography or that violate the law are not allowed. Comments that promote commercial products or services are not allowed. Comments in violation of this policy will be removed. Continued posting of comments that violate this policy will result in the commenter being banned from the site.