The group says the event is the first of its kind in over a year. by Alisa Reznick TWEET SHARE 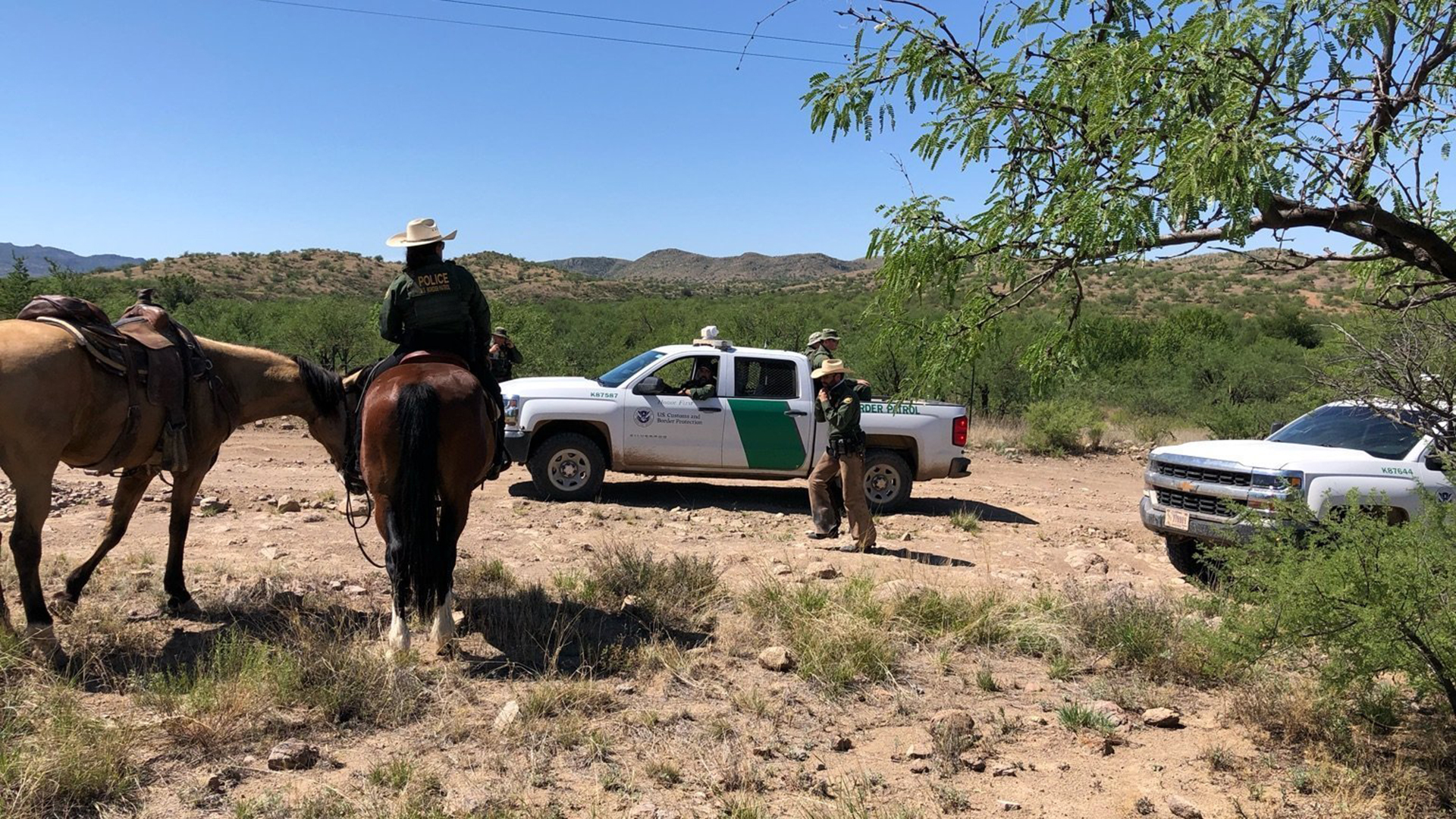 No More Deaths said since 2004, Byrd Camp has provided aid to migrants crossing through the desert and usually operates without incident. But on the morning of July 30, the group says Border Patrol agents entered the property to arrest a migrant receiving care there. Agents on horseback, in cars and on foot continued to surveil the area surrounding the camp into Friday evening.
No More Deaths

The humanitarian group No More Deaths said an aid camp it operates for migrants crossing the desert was raided and then surrounded by Border Patrol agents. The group said the move as an escalation of tensions at a time when the aid they provide is vital.

Byrd Camp is located near Arivaca and serves as a medical aid site for people passing through one of the deadliest desert corridors of the borderland.

"This does seem like an escalation, a retaliation and targeting of those working to be in solidarity with and prevent the death of folks in the desert,"she said.

Agents were still at the property a day later. The move comes a few days after No More Deaths released documents detailing the lead up to a larger Border Patrol raid on Byrd Camp in 2017. Saunders said the group sees the new raid as a retaliation.

Saunders said agents surrounded the property after the arrest. She said agency presence deters migrants from accessing life-saving care during a deadly heat wave across Arizona.

Saunders said agents on horseback, foot and in agency cars were still surrounding the property as of Friday afternoon. She said that presence deters migrants from accessing life-saving care, just as an extreme heat warning goes into effect in southern and central Arizona.

Border Patrol officials did not respond to requests for comment.

Language barriers, wariness make vaccinating immigrants hard New lawsuit challenges legality of 'Remain in Mexico' program's migrant child removals New letter asks Mexican officials to help stop border wall construction
By posting comments, you agree to our
AZPM encourages comments, but comments that contain profanity, unrelated information, threats, libel, defamatory statements, obscenities, pornography or that violate the law are not allowed. Comments that promote commercial products or services are not allowed. Comments in violation of this policy will be removed. Continued posting of comments that violate this policy will result in the commenter being banned from the site.