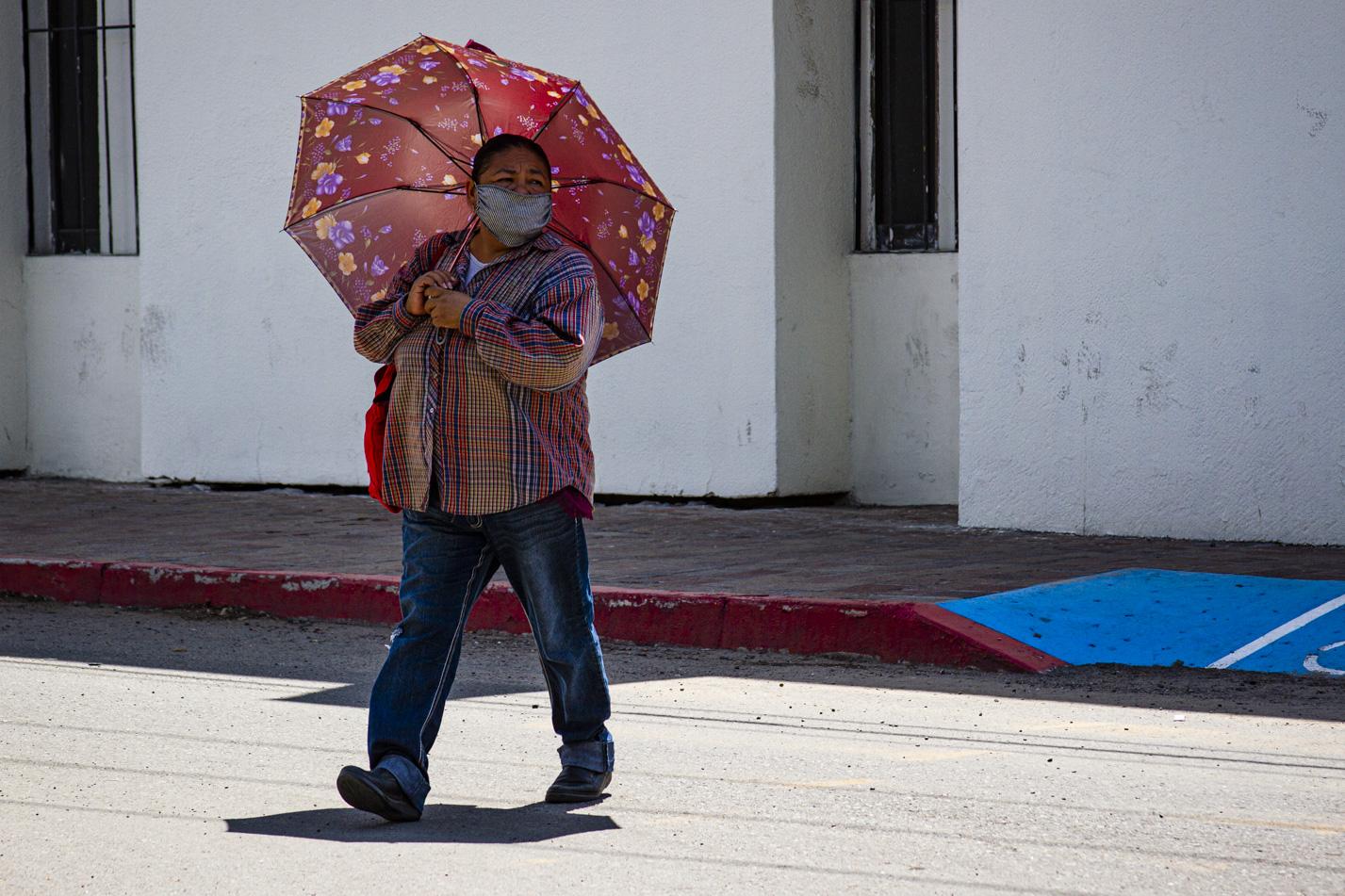 VIEW LARGER A masked woman crosses the street in downtown Hermosillo. Many shops have reopened there in recent weeks, though with reduced capacity and hours.
Murphy Woodhouse/Fronteras Desk

Sonora, Arizona’s neighbor to the south, has seen one of the largest jumps in excess deaths among Mexican states during the coronavirus pandemic.

In the absence of the global coronavirus pandemic, an estimated 6,600 Sonorans would have likely died between mid-March and the end of July. Instead, according to data recently presented by the federal government, roughly 12,400 died — nearly 90% more than the expected figure. That’s the fourth highest jump among the 24 states analyzed.

“(T)he total excess mortality that we have through (31st week of the pandemic) is 122,765 excess deaths, which represents 59% of the expected number,” said Ruy López, head of the national disease control and prevention center. López said COVID does not account for all of those deaths, but is one of the key factors.

There have been roughly 2,750 confirmed COVID deaths in Sonora, according to the most recently available state data. New cases and deaths have been steadily declining in the state in recent weeks, according to data tracked by the University of Sonora.

News roundup: State to invest millions in universities for COVID-19 efforts, OSIRIS-REx mission approaches critical moment Hermosillo among hardest hit Mexican capitals economically during pandemic Arizona reports nearly 300 virus deaths, almost 10K cases
By posting comments, you agree to our
AZPM encourages comments, but comments that contain profanity, unrelated information, threats, libel, defamatory statements, obscenities, pornography or that violate the law are not allowed. Comments that promote commercial products or services are not allowed. Comments in violation of this policy will be removed. Continued posting of comments that violate this policy will result in the commenter being banned from the site.