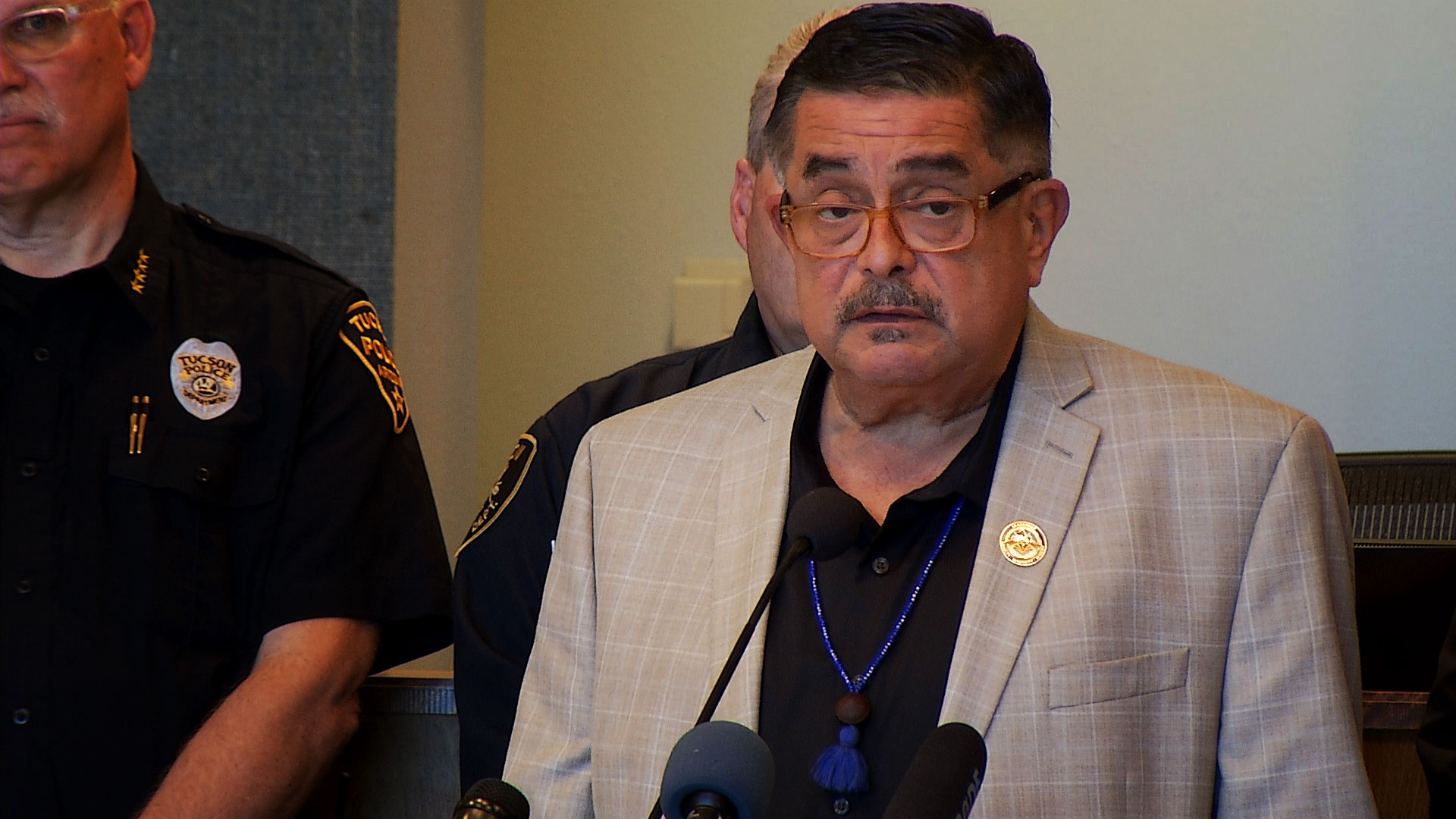 Pima County Board of Supervisors Chairman Richard Elías speaks during a press conference with county and city of Tucson leaders about COVID-19 precautions on March 9, 2020.
AZPM Staff

Pima County's Mission Library at 3770 S. Mission Rd. was renamed in honor of the late county supervisor Richard Elías. The Board of Supervisors approved the change this Tuesday morning.

After serving 18 years on the Board of Supervisors representing District 5, Elías died in March at age 61.

His daughter, Luz Elías, thanked the supervisors for the honor.

"My father would be very honored because he did ... very much appreciate the libraries because it did bring another resource of broadening someone's education, whether it was a child or an adult," she said.

In a separate vote the board also set aside $6 million to renovate and expand the branch, now called the Richard Elías-Mission Library.

Betty Villegas sworn in to fill Richard Elías' seat on Pima County Board of Supervisors Remembering Richard Elías County Supervisor Richard Elías dies
By posting comments, you agree to our
AZPM encourages comments, but comments that contain profanity, unrelated information, threats, libel, defamatory statements, obscenities, pornography or that violate the law are not allowed. Comments that promote commercial products or services are not allowed. Comments in violation of this policy will be removed. Continued posting of comments that violate this policy will result in the commenter being banned from the site.