Pima County threw its support behind two statewide measures on the ballot in the 2020 general election, but the level of enthusiasm for the two measures differed significantly between the county and the state as a whole.

An October poll of 502 registered voters in Arizona suggested both Proposition 207 — legalizing recreational marijuana — and Proposition 208 — establishing a wealth tax to fund education — were on track for passage. While trends had shifted slightly compared with a previous poll, the survey showed stronger support from respondents for Prop. 208 than it did for Prop. 207.

When ballots were cast, however, Arizona overwhelmingly supported recreational marijuana and approved the Invest in Education Act by a much narrower margin.

Support for the two measures in Pima County didn't show as stark a divide.

Statewide, voters passed Proposition 207 by a resounding 20 points, and Pima County residents approved the measure to legalize marijuana with an even higher share of votes. A similar measure narrowly failed in the state in 2016 (48% to 52%), though Pima County voters approved that measure by 2.7 points.

Voters across Arizona were less enthusiastic about Proposition 208, the so-called Invest in Ed Act, which taxes the state's highest earners to fund public education. The initiative passed by 3.5 point margin, or a little over 110,000 votes. Pima County, on the other hand, passed the measure by a 20-point margin.

Support for both propositions gained strength the more central the Tucson precinct, mirroring typical Democratic voting patterns. While both measures passed handily, precincts on the outskirts and in surrounding communities were less inclined to support the education tax. Only five Pima County precincts showed majority opposition to the recreational marijuana initiative, while 29 precincts cast more votes opposing Invest in Ed. 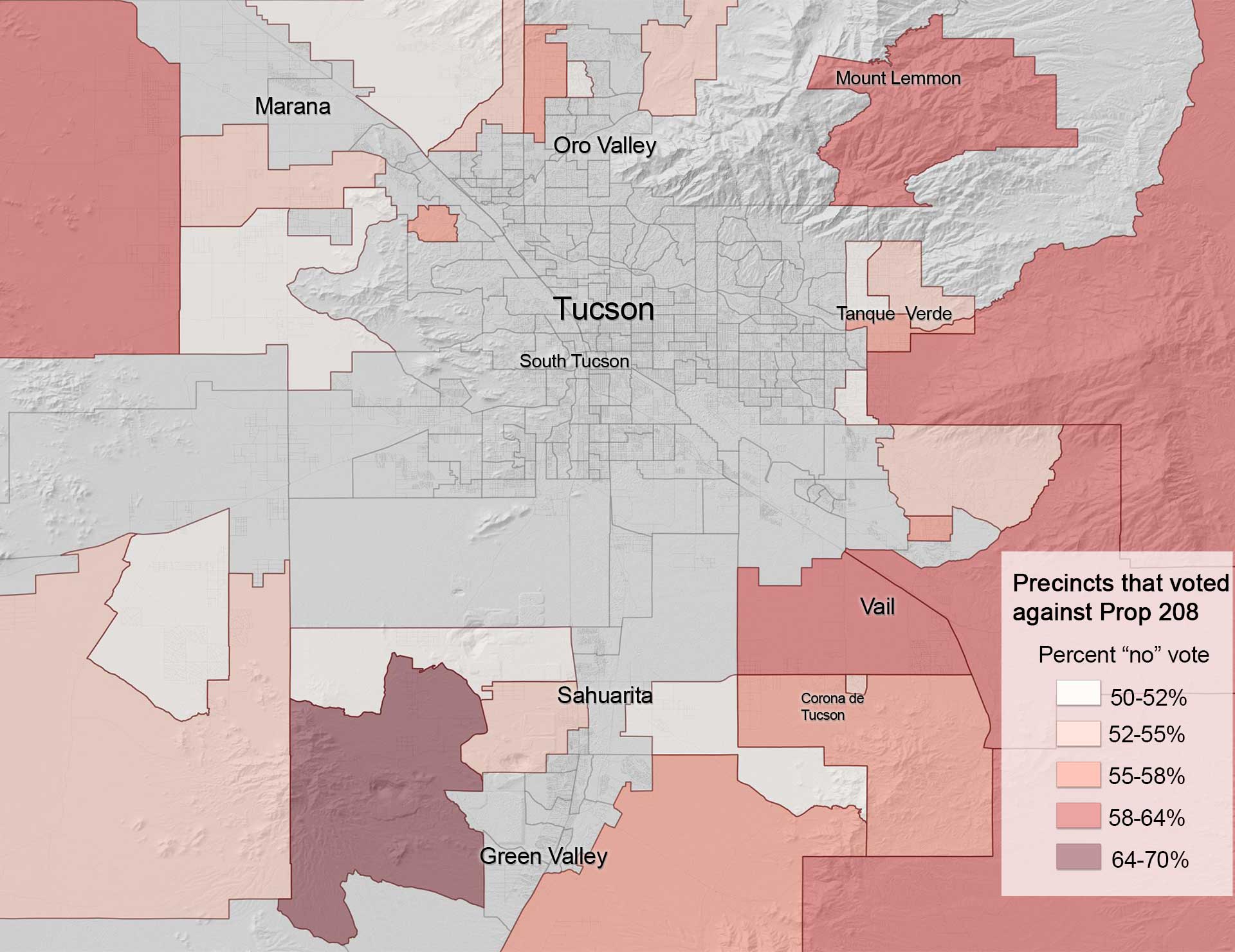 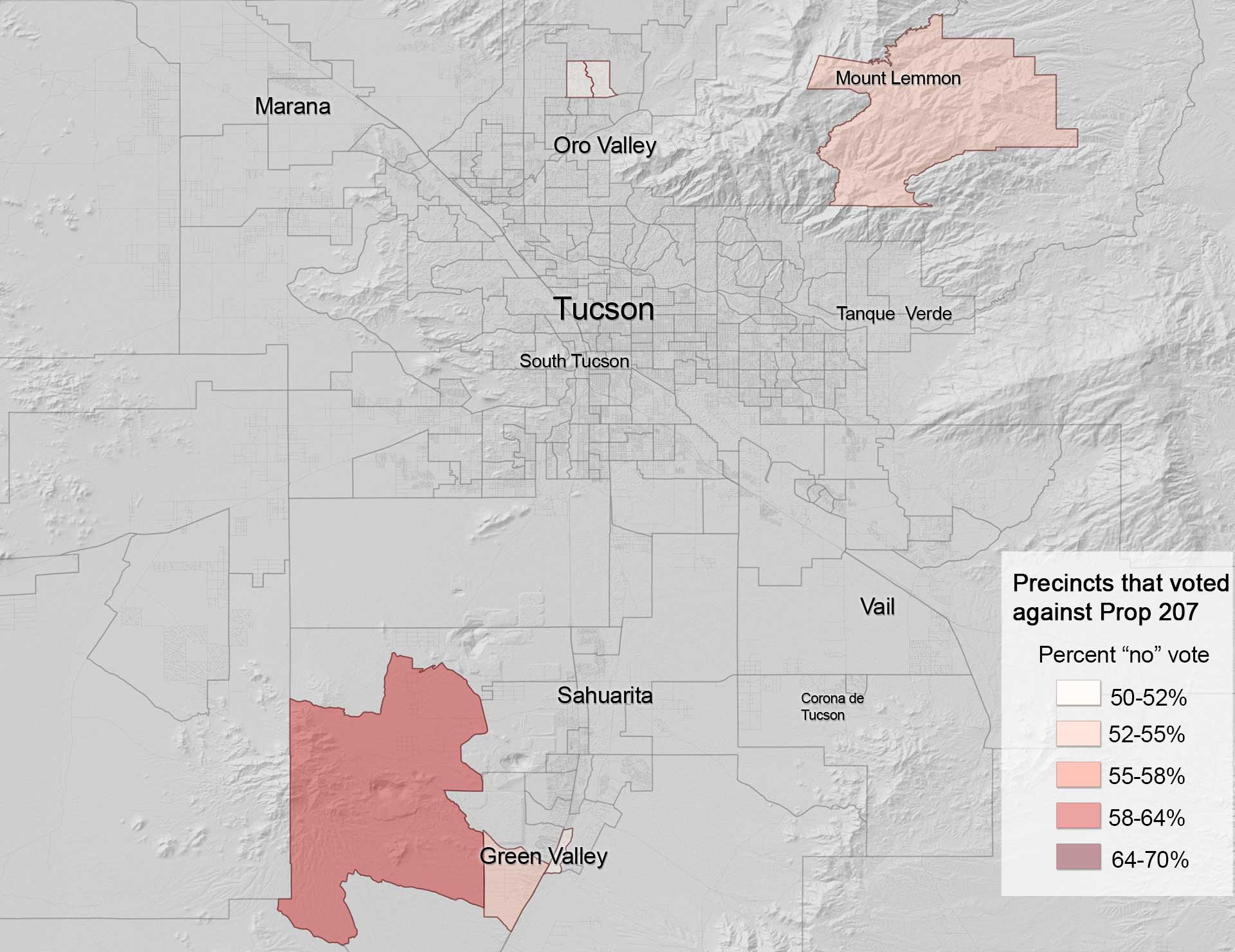 Gov. Ducey to attend Biden inauguration Judge: Arizona Senate, Maricopa County need to settle fight over election data Arizona electoral votes accepted after storming of the Capitol
By posting comments, you agree to our
AZPM encourages comments, but comments that contain profanity, unrelated information, threats, libel, defamatory statements, obscenities, pornography or that violate the law are not allowed. Comments that promote commercial products or services are not allowed. Comments in violation of this policy will be removed. Continued posting of comments that violate this policy will result in the commenter being banned from the site.