The heads of the Tohono O'odham and Navajo Nation condemned the violence in Washington D.C. by Emma Gibson TWEET SHARE 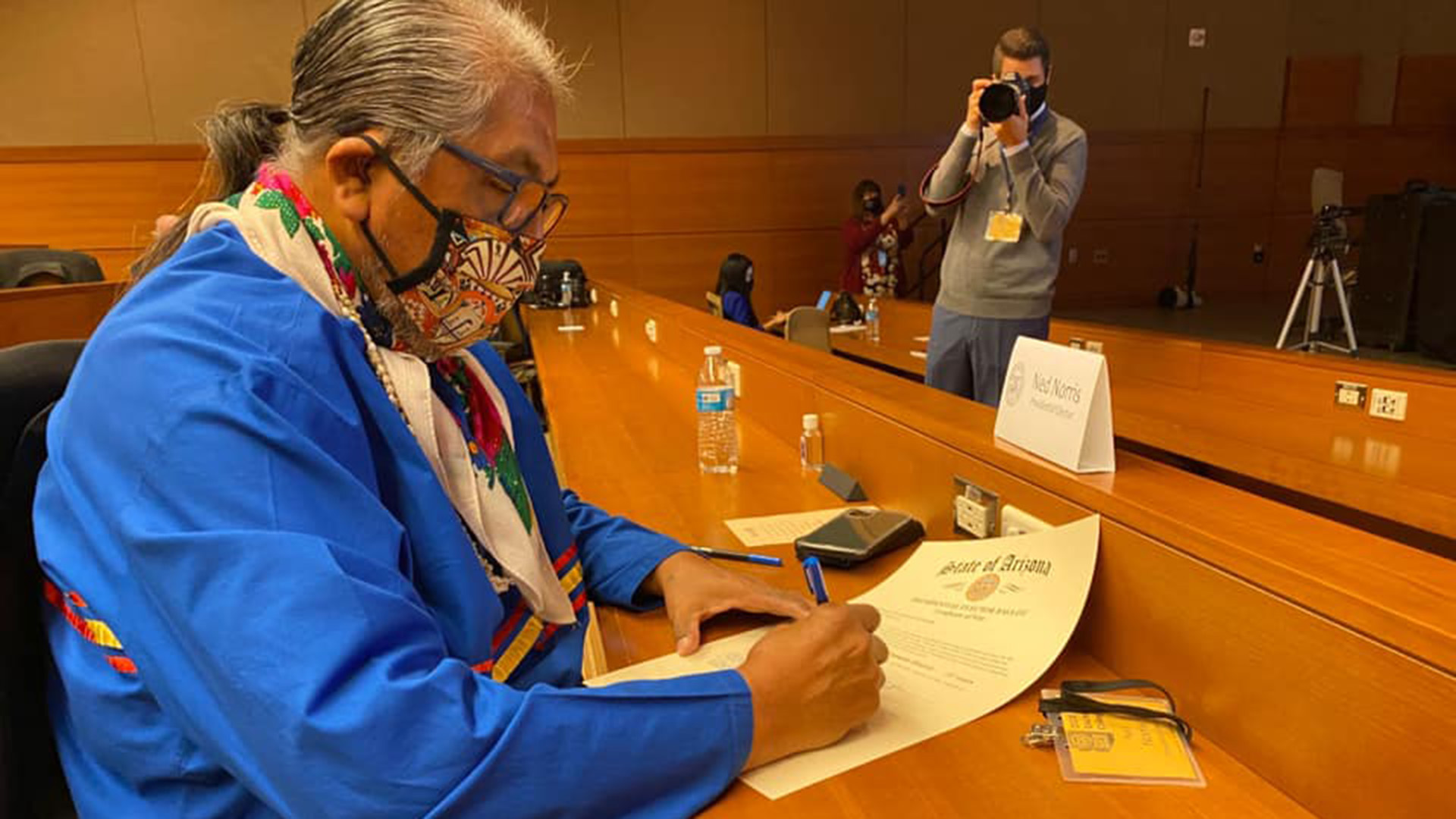 Since supporters of President Donald Trump overtook and looted the U.S. Capitol Wednesday, tribal leaders who cast some of Arizona's electoral votes have spoken out.

"This assault was stoked by a president who has demonstrated his utter contempt for his responsibilities as an elected leader," according to a press release from the Tohono O'odham leaders. "[Trump's] incitement of yesterday’s riots serves as a final stain on his legacy of failed leadership."

They emphasized the country's diversity and the role Indigenous peoples played in developing freedoms of speech and separation of powers.

Navajo Nation President Jonathan Nez and Vice President Myron Lizer also asked citizens of their nation not to perpetuate the divisive behavior ripping across the country.

"Our country and the Navajo Nation are facing unprecedented challenges and uncertainties, but we are strong, and we are resilient — our grandparents, parents, and many others have proven this time and time again throughout our history," wrote Nez and Lizer in their press release.

The Navajo leaders called on all Americans to safeguard democracy in the midst of the country's health crisis.

Jan. 8 Memorial dedicated After Capitol riot, civility advocates look to bridge political divides Congressional Dems ask Ducey to explain use of COVID-19 cash
By posting comments, you agree to our
AZPM encourages comments, but comments that contain profanity, unrelated information, threats, libel, defamatory statements, obscenities, pornography or that violate the law are not allowed. Comments that promote commercial products or services are not allowed. Comments in violation of this policy will be removed. Continued posting of comments that violate this policy will result in the commenter being banned from the site.