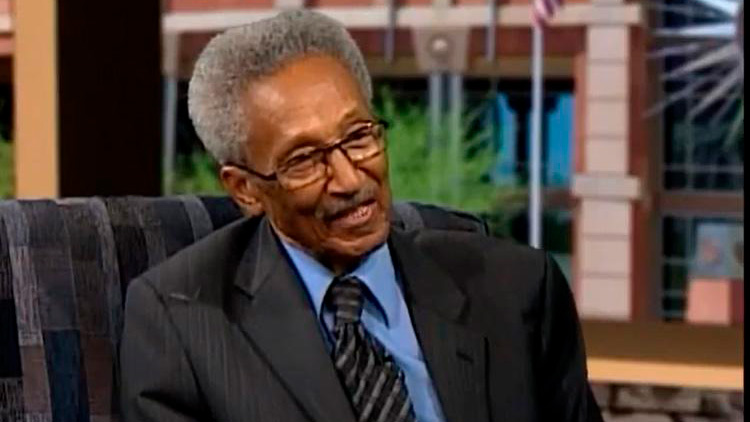 Mayor Kate Gallego was speaking on the legacy Goode had left in Phoenix when a man was heard spewing slurs over her comments about a half hour into the virtual service.

The Historic Tanner Chapel African Methodist Episcopal Church hosted the live stream on its Facebook page, with the participants speaking through Zoom.

Gallego took to Twitter to condemn the interruption and said the police and FBI are investigating the incident as a hate crime.

Senate Democrats’ priorities for 2021 Arizona legislative session Student gumshoes at GCU collaborate with Phoenix police to create shoeprint database Hobbs focuses on border, schools in 1st speech to lawmakers
By posting comments, you agree to our
AZPM encourages comments, but comments that contain profanity, unrelated information, threats, libel, defamatory statements, obscenities, pornography or that violate the law are not allowed. Comments that promote commercial products or services are not allowed. Comments in violation of this policy will be removed. Continued posting of comments that violate this policy will result in the commenter being banned from the site.