Supreme Court to hear case on pandemic aid for tribes

The confusion on if Alaska Native Corporations qualify for the aid lies with some ambiguous language in the CARES Act. by Emma Gibson TWEET SHARE 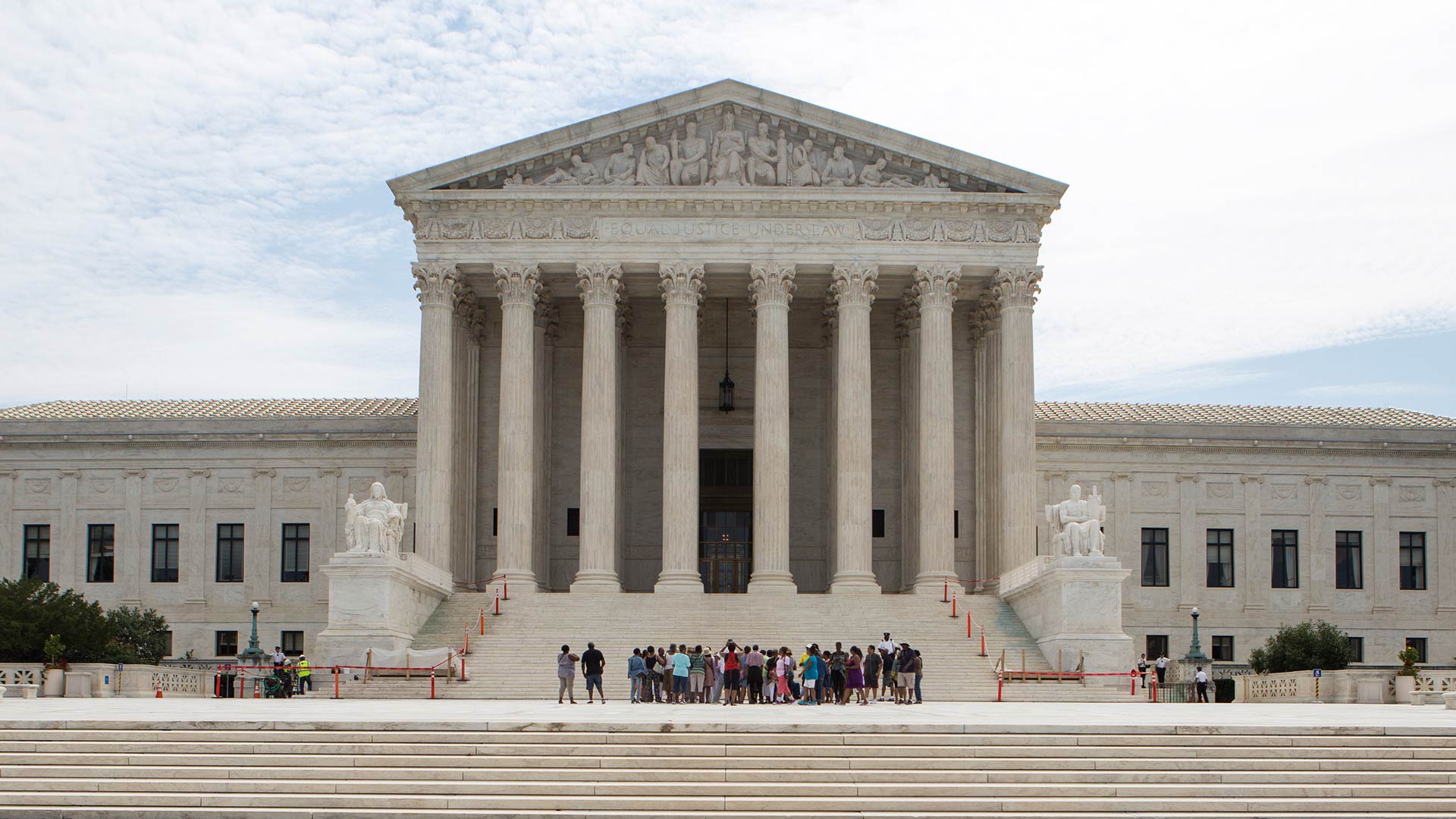 The steps outside the Supreme Court in Washington, DC.
Liam James Doyle/NPR

The Supreme Court of the United States has announced it'll hear a case debating how pandemic relief funds will be distributed to Indigenous tribes, specifically if Alaska Native Corporations qualify.

When the Coronavirus Aid, Relief and Economic Security Act — CARES Act — went into effect it allocated $8 billion to tribal governments, which it defined as “a recognized governing body of an Indian Tribe." Through the pandemic, different governments, lawsuits and courts have disagreed on who qualifies meets that definition. Melissa Tatum, a law professor at the University of Arizona within the Indigenous Law and Policy Center, said the federal government breaks Indigenous peoples into three different categories: people indigenous to the lower 48 states are considered American Indians, people from Alaska are called Alaska Natives and then there are Native Hawaiians. Each has its own pollical relationship with the United States.

"If Alaskan Native Corporations are not eligible, that increases the pool of money available to tribes as a whole in the lower 48, but it doesn't guarantee that any one tribe will get any more money," she said.

After the high court argues the case, she said the federal government will have to decide how that money is distributed among the tribes, if the corporations are excluded from the funding.

"We're talking about [the CARES Act] that distributed money to governments, and [Congress] used an ambiguous term that's not clear who of any Alaska Natives were intended to be encompassed within that term," Tatum said.

If Alaska Native Corporations are deemed ineligible, they could be excluded from other sources of funding or powers.

After centuries of political relationship with tribes in the continental U.S, Tatum said the federal government in the Alaska Native Claims Settlement Act of 1971 didn't set up reservations to avoid some of the land claims it had in the lower 48 states.

According to the act, it "completely extinguished" Indigenous claims to the land but provided some funds and land. It authorized two sets of corporations to receive that money and land, collectively called Alaska Native Corporations.

She said the entities were separated and not "one entity with two faces."

"[The corporations] do earn money, but that's because they have to fund some of the services that are normally provided by a government," she said. "It's not that they're supposed to be earning big mega bucks and putting them in the bank. These are the substitute for the taxing ability."

After the CARES Act was adopted into law, the U.S. Treasury Department said in April that Alaska Native Corporations were eligible for the aid, but that announcement was met by three groups of tribes, including six federally recognized tribes from Alaska and 12 for the lower 48 states, filed lawsuits disputing the claim. They said the corporations did not meet the definition of as "Indian tribes" as described in the Indian Self-Determination and Education Assistance Act.

The three cases were consolidated in by a district court and it ruled that the corporations qualify as "Indian tribes."

A three-judge appeals court reversed the ruling, saying Alaska Native Corporations were ineligible. According to that ruling, $162 million was set aside for the for-profit businesses.

That led the treasury department to ask the high court to review the case.

COVID-19 vaccine rollout across AZ tribal lands Navajo Nation reports 98% of available COVID-19 vaccine doses administered Conversation with health expert in the Navajo Nation about COVID-19
By posting comments, you agree to our
AZPM encourages comments, but comments that contain profanity, unrelated information, threats, libel, defamatory statements, obscenities, pornography or that violate the law are not allowed. Comments that promote commercial products or services are not allowed. Comments in violation of this policy will be removed. Continued posting of comments that violate this policy will result in the commenter being banned from the site.