Bear Season is Upon Us

The Arizona Game and Fish Department reports bear season is underway in Southern Arizona, with the first black bear sighting of the season Friday in the mountains near Fort Huachuca. 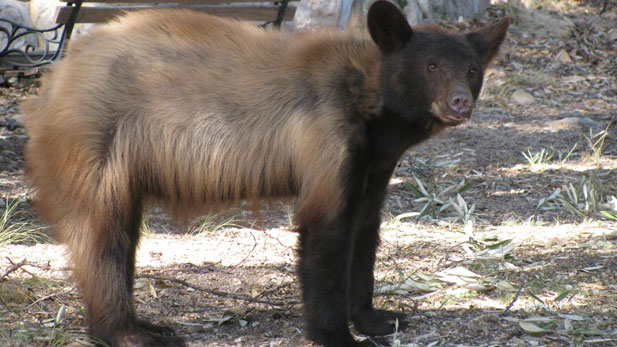 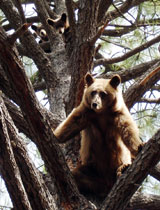 Bears also can be attracted to homes with fruit trees, Hart says.

If you see a bear in your neighborhood and it won’t leave, contact Game and Fish. If the bear approaches you, which is rare, make yourself as large and imposing as possible and do not run or play dead, but walk away slowly while facing the bear, Hart says.

Rogue Radio presents: Virginia Woolf's "The Mark on the Wall" Sheriff's department tells some foothills residents to be ready to evacuate due to fire Pusch Ridge burns near Oro Valley
By posting comments, you agree to our
AZPM encourages comments, but comments that contain profanity, unrelated information, threats, libel, defamatory statements, obscenities, pornography or that violate the law are not allowed. Comments that promote commercial products or services are not allowed. Comments in violation of this policy will be removed. Continued posting of comments that violate this policy will result in the commenter being banned from the site.