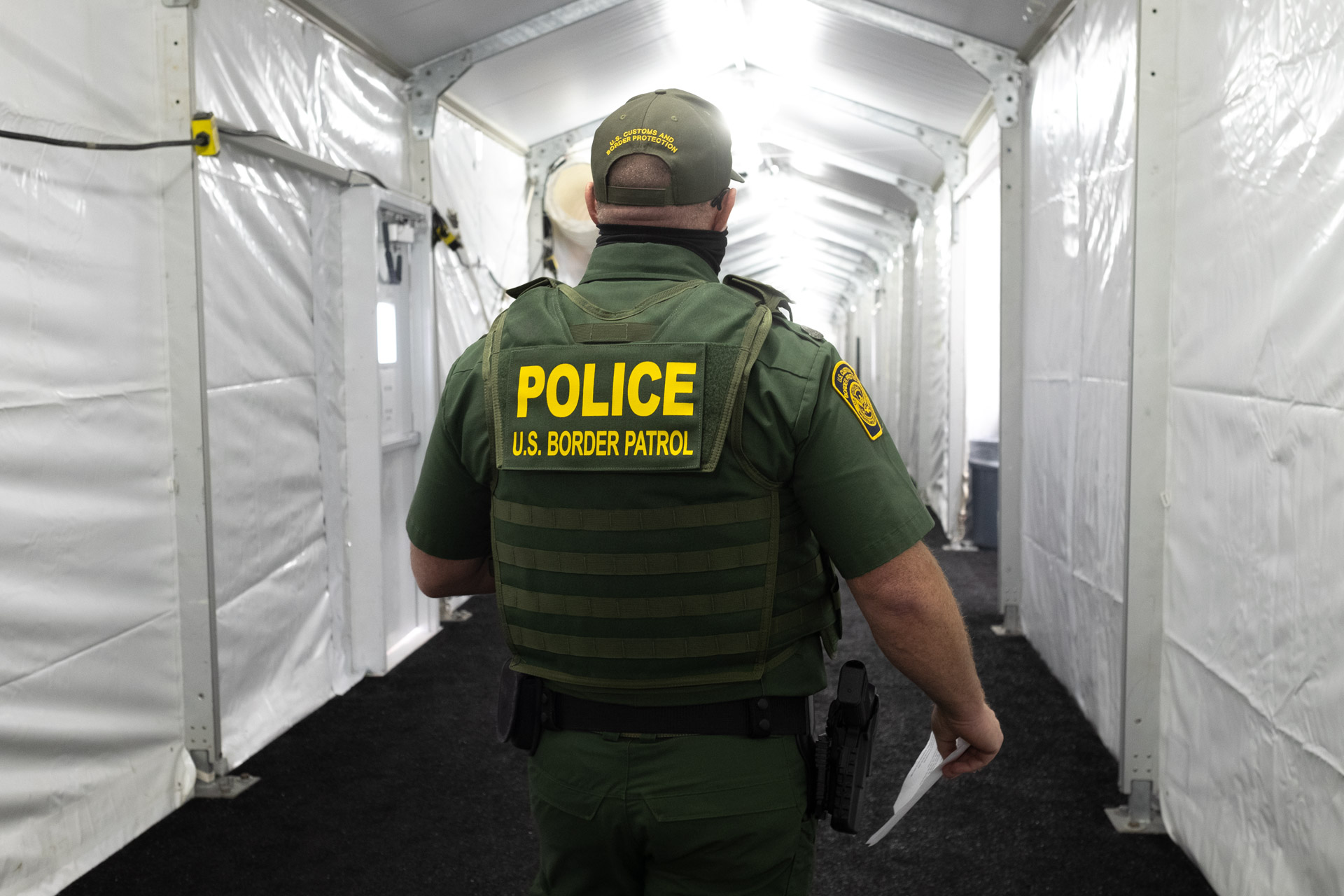 Agent Robert Buschell leads a tour group down a hallway at the agency's soft-sided facility in Tucson. The agency says the facility is set up with climate control and can house up to 500 people, although COVID-19 precautions will cut capacity by about half.
Alisa Reznick/AZPM

A temporary, soft-sided facility that the Border Patrol will use to process asylum seekers arriving at the U.S.-Mexico border is ready for operation in Tucson. The agency unveiled the space to media and members of the public during a tour on Wednesday.

The 80,000 square foot space is located just east of the Tucson International Airport and has capacity to hold up to 500 people, though the agency says COVID precautions will reduce that by about half. The facility is the second of its kind in Arizona, a similar structure became operational in Yuma earlier this month.

In an address ahead of the tour on Thursday, Tucson Sector Interim Chief Patrol Agent John Modlin said the agency asked for the facilities amid a larger number of children arriving along the U.S.-Mexico border to apply for asylum.

After they’re taken into custody, migrants are usually processed at Border Patrol stations around Arizona. But Modlin said those facilities are not equipped to handle families or children.

"Our facilities...are not built to house that population...it's basically small holding cells that are meant to hold people for short periods of time," he said. "They're not made for children." 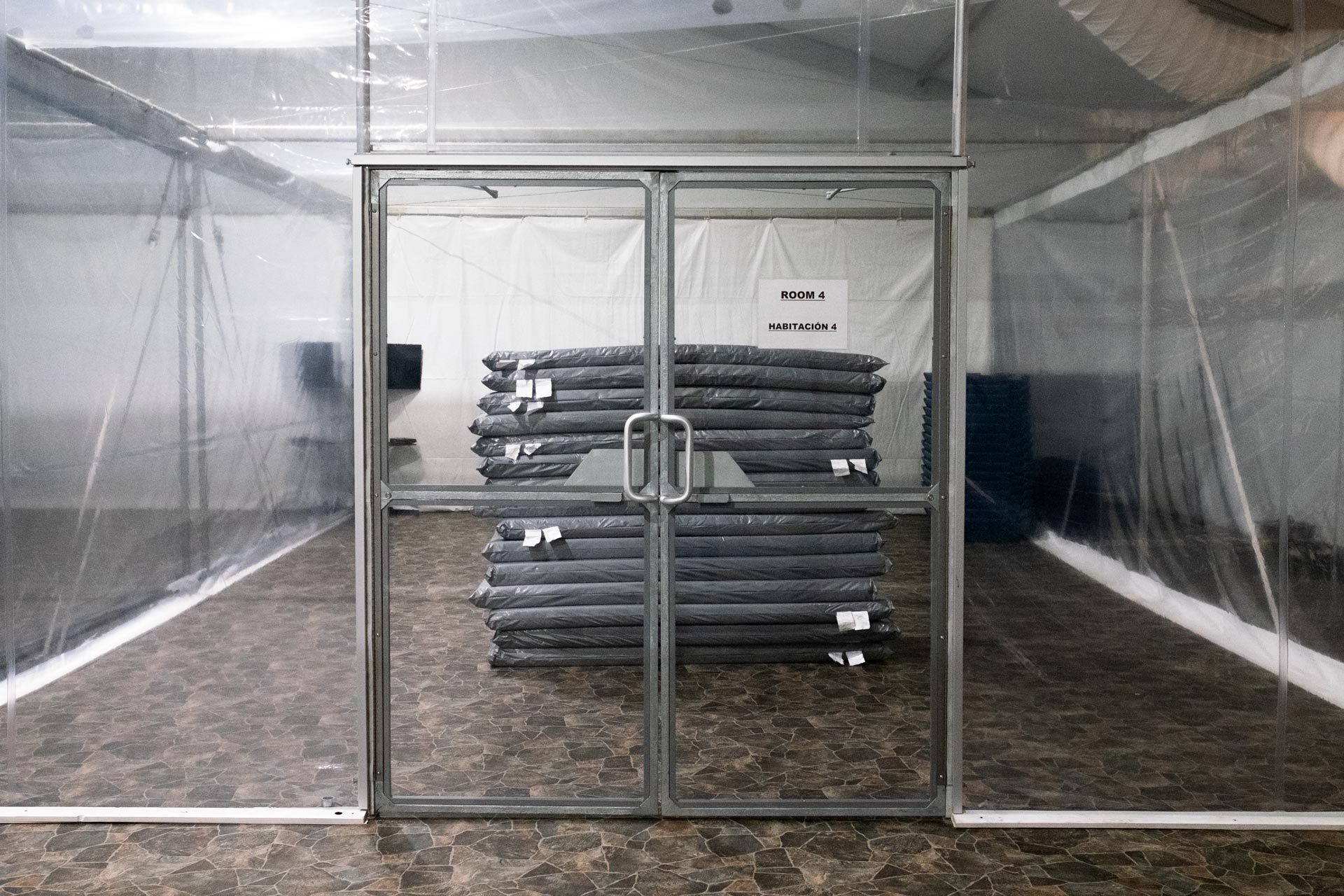 VIEW LARGER The facility includes four housing "pods" with rooms separated by soft plastic walls. Agency officials say each room will be equipped to house 16 people. Families will be housed together and other pods could be separated into all-women or all-men.
Alisa Reznick/AZPM

The agency's short-term facilities in Arizona were the subject of a years-long lawsuit that alleged migrants in custody there faced inhumane conditions and a lack of basic necessities. The litigation limited the number of people allowed to be held there.

"We have seen a pretty dramatic increase in terms of the number of unaccompanied children we are encountering. I would say that the family units haven’t been as high compared to last year," he said. "I think that this place just increases the capacity that we already have...the workflow is the same; it's just a larger area for us to do that." 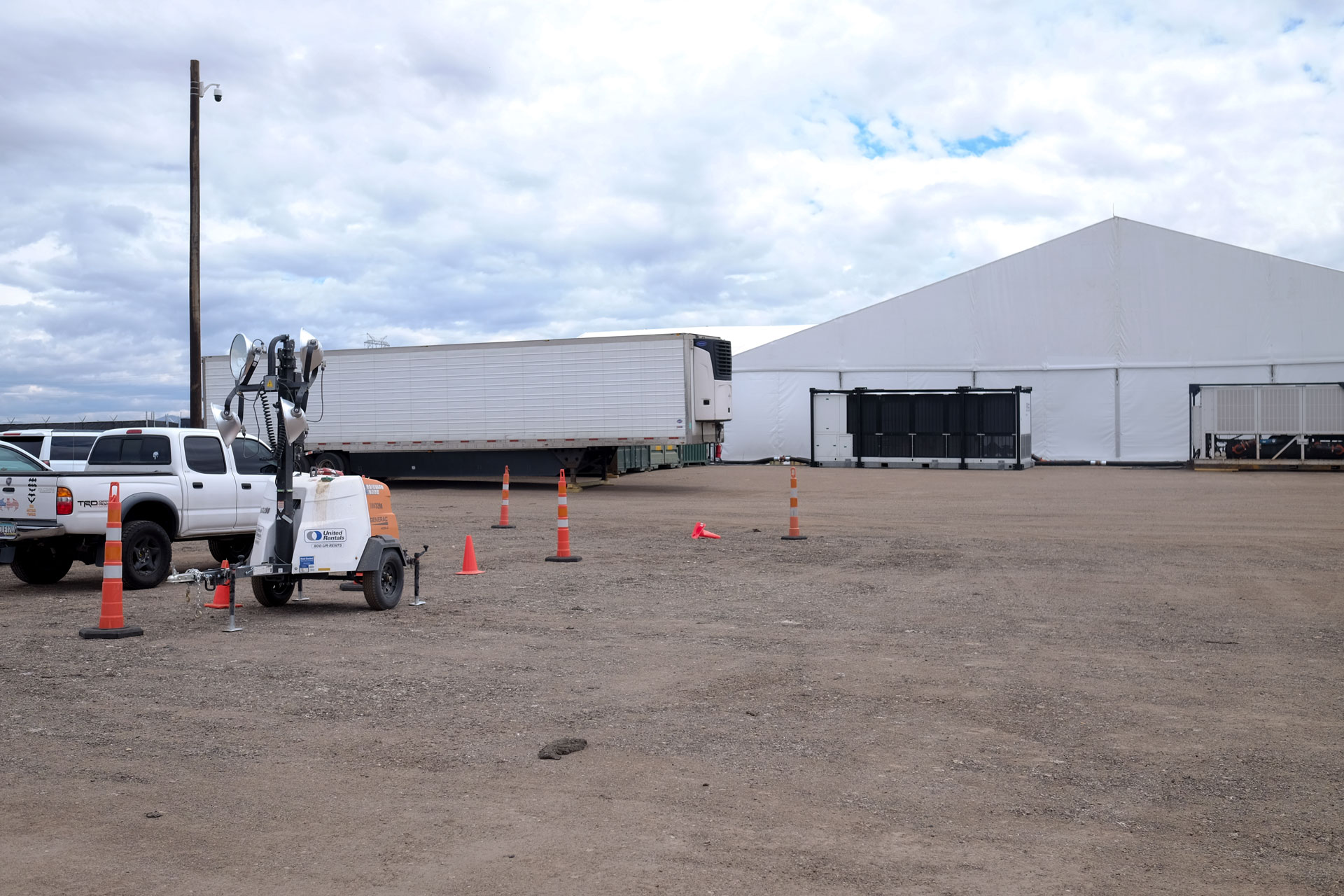 The new facility includes a medical unit, housing pods, showers, a phone bank and laundry and recreational areas. Families and kids are supposed to be held there for no more than 72 hours.

"People forget the journey that people endure in order to get here," she said. "People are already at a deficit, they are injured, they may have been without food or water for extended periods of time."

Buschell said asylum seekers taken into custody at the facility will be given an initial health screening, but won't be tested for COVID-19. 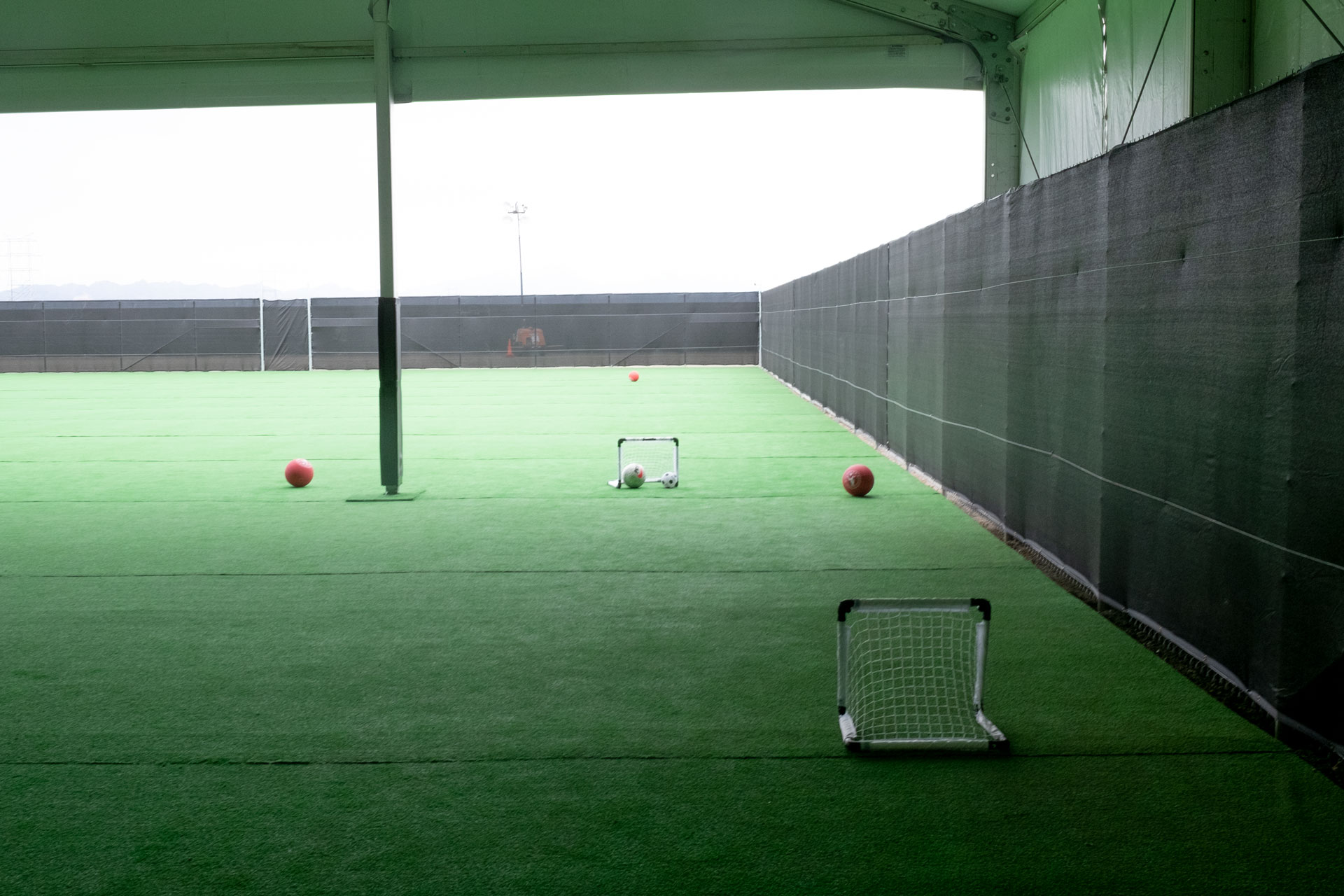 VIEW LARGER The facility includes a recreation area with astroturf, children's toys and soccer balls. Agency officials say migrants will have scheduled time to use the area while in custody there.
Alisa Reznick/AZPM

New York Company Deployed Resources, LLC was awarded a contract of up to $105 million to build and operate the facility. Agency officials say Tucson's facility is expected to cost just over $34 million, while the Yuma facility will cost around $38 million.

A spokesperson for Customs and Border Protection said the facilities have an initial contract to operate for four months, but could be extended depending on need.

News roundup: Pentagon cancels border wall contracts, Biden raises refugee cap News roundup: Look inside temporary migrant shelter, FEMA vaccine sites coming to Tucson Brnovich says City of Tucson can’t require COVID-19 vaccines
By posting comments, you agree to our
AZPM encourages comments, but comments that contain profanity, unrelated information, threats, libel, defamatory statements, obscenities, pornography or that violate the law are not allowed. Comments that promote commercial products or services are not allowed. Comments in violation of this policy will be removed. Continued posting of comments that violate this policy will result in the commenter being banned from the site.