This is the most recent in a series of demonstrations over the last year. by Alisa Reznick Tweet 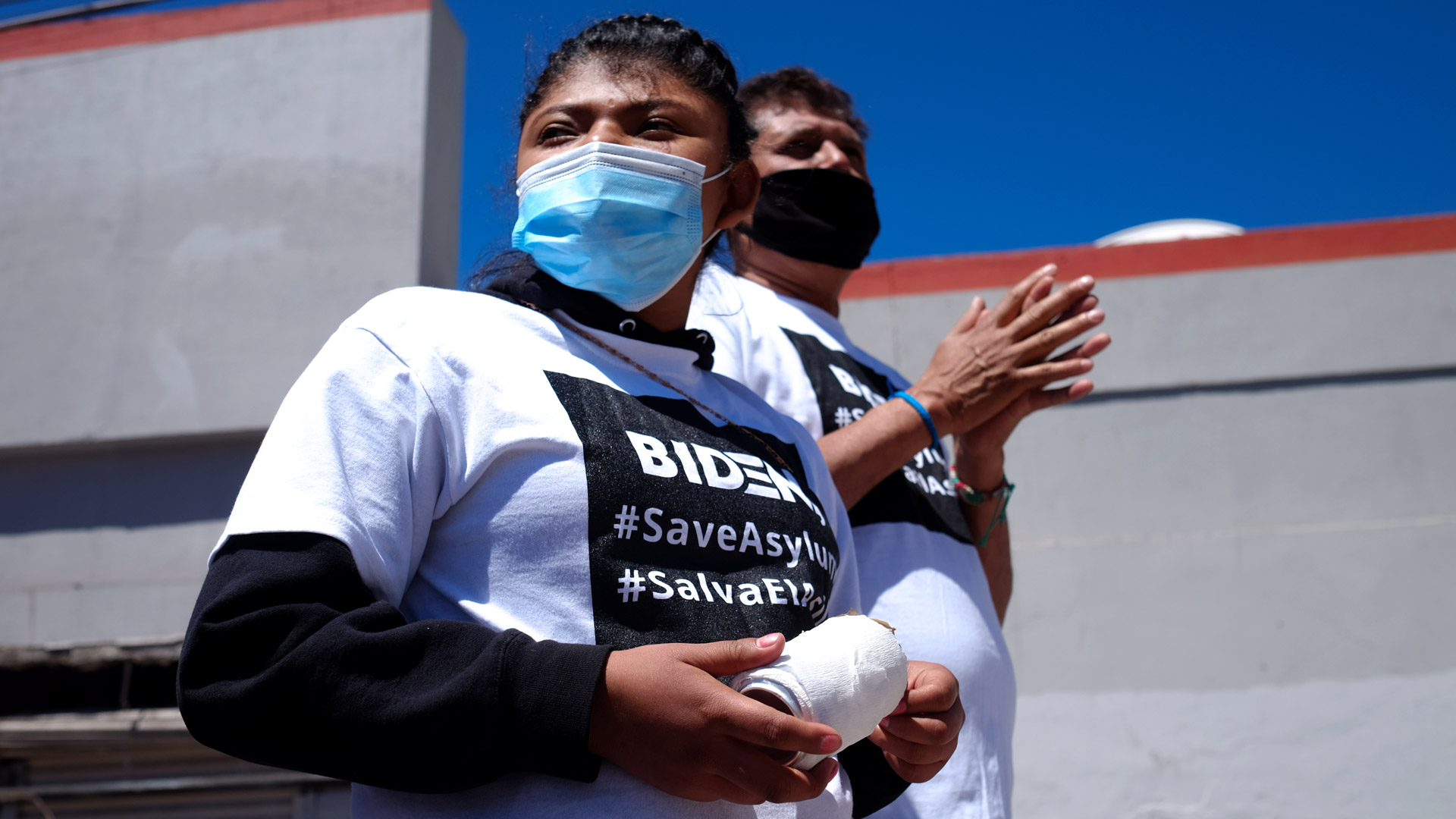 Young migrants shook aluminum cans filled with rocks and held handmade signs as they walked toward the Deconcini Port of Entry in Nogales. The march was the latest in a series of demonstrations on both sides of the Nogales border, where hundreds of migrants have past through and spent time waiting to make asylum claims in the U.S.

Advocates also gathered on the other side of the border. Alex Miller, a lawyer with the legal aid group Florence Immigrant and Refugee Rights Project, said the binational groups are hoping to see Biden undue barriers to the asylum process enacted under the Trump administration.

"We’ve been having these marches just about monthly for just I think almost a year now," she said. "But basically we are trying to respond to the fact that 100 days in, we are still not seeing the policy changes we want to see at the border."

Miller said that’s especially true for Title 42, the public health protocol implemented by the Trump administration last March in response to the pandemic. It allows Border Patrol agents to rapidly expel almost all migrants they encounter in a matter of hours, with no due process.

The Biden administration has continued the policy. Miller said more migrants and asylum seekers expelled through the Nogales port daily under the policy, including families. Customs and Border Protection data shows more than 550,000 Title 42 expulsions across the southwest border over the last year, including more than 165,000 in March alone.

In a public call on Friday, Department of Homeland Security Secretary Alejandro Mayorkas defended the Biden administration's continued use of Title 42, and said the policy would end as soon as possible, but would stay in place for now.

Judge orders government to stop expelling families under Trump-era border policy News roundup: Checking in on migrant march, tribal police academy honors fallen officer A record number of migrants died along the U.S.-Mexico border in 2021
By posting comments, you agree to our
AZPM encourages comments, but comments that contain profanity, unrelated information, threats, libel, defamatory statements, obscenities, pornography or that violate the law are not allowed. Comments that promote commercial products or services are not allowed. Comments in violation of this policy will be removed. Continued posting of comments that violate this policy will result in the commenter being banned from the site.