The virtual ceremony remember eight tribal officers who died in the line of duty. by Emma Gibson TWEET SHARE 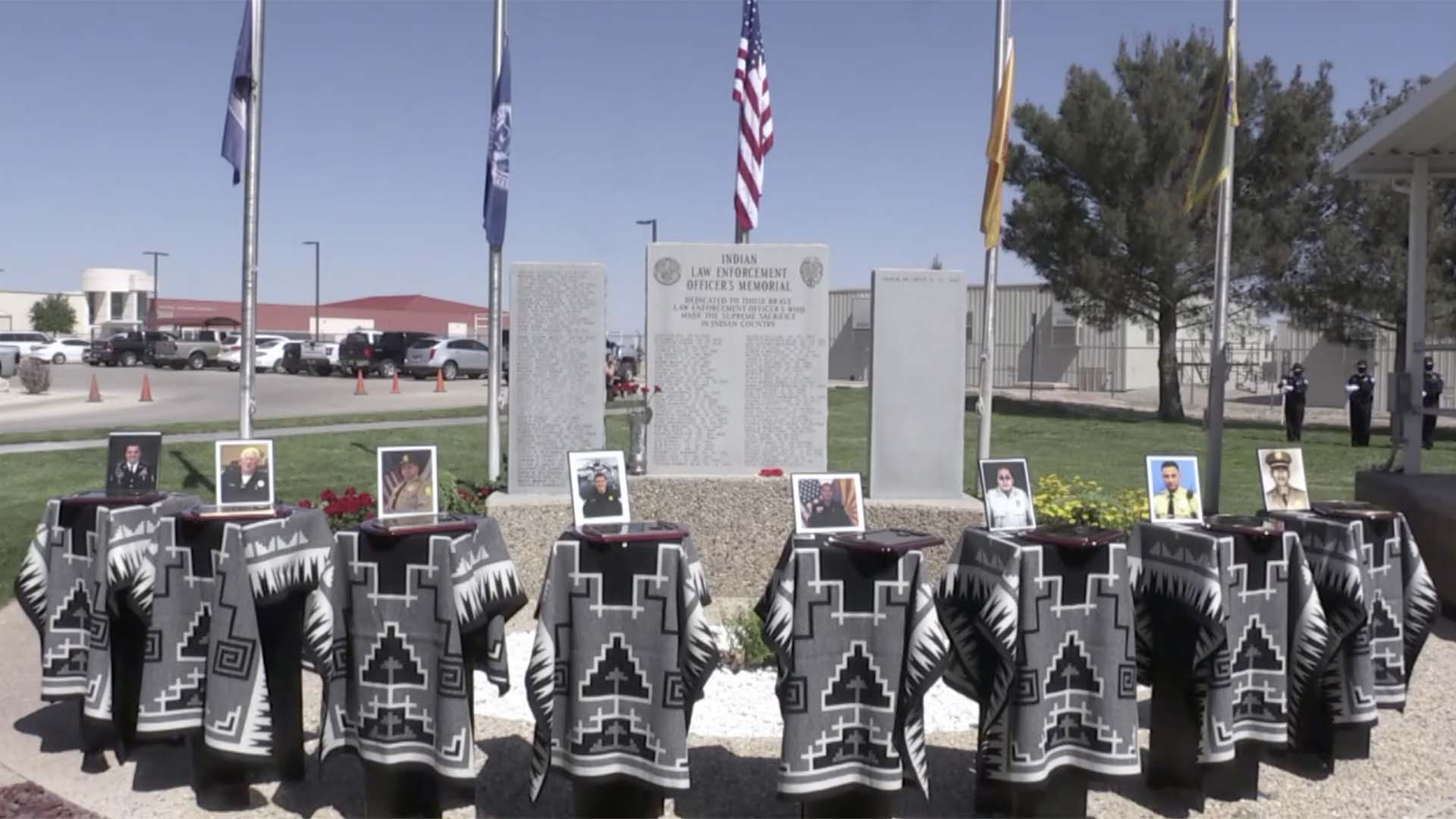 The Bureau of Indian Affairs U.S Indian Police Academy May 6, 2021, virtually honored eight tribal officers who died in the line of duty. One was officer Officer Bryan Brown of the Tohono O'odham Nation Police Department.

A Tohono O'odham Nation officer who died in the line of duty last August was honored at the Tribal Law Enforcement Memorial in Artesia, New Mexico, Thursday.

Eight tribal law enforcement officers were virtually honored in the ceremony this year broadcast by KSVP-TV. Among those memorialized at the Bureau of Indian Affairs U.S Indian Police Academy was Tohono O'odham Nation Officer Bryan Brown who died August 27, 2020.

Brown served the Tohono O'odham Nation for 19 years. During a report of an armed and erratic driver, a man ran Brown over with a vehicle near the Desert Diamond Why Casino.

Now there are 127 officers memorialized at the academy who have died in the line of duty.

Among those honored were Officer David Kellywood from the White Mountain Apache Police Department, and two officers, Gordon James and Michael Lee, from the Navajo Nation.

Sycuan Tribal Police Chief Bill Dinke said all law enforcement is inherently dangerous, but he argues being an officer in tribal lands increases the risk.

"Often because the resources aren't the same, sometimes inferior equipment, their cover officer can be 30-40 minutes away, yet they still do it. They honorably serve the people they were sworn to protect," Dinke said.

The Bureau of Indian Affairs U.S. Indian Police Academy and memorial was first located in Marana in 1992.

Navajo Nation names new financial officer during investigation San Carlos Apache Tribe nearly halts spread of coronavirus Feds OK new Arizona tribal casino and sports betting deal
By posting comments, you agree to our
AZPM encourages comments, but comments that contain profanity, unrelated information, threats, libel, defamatory statements, obscenities, pornography or that violate the law are not allowed. Comments that promote commercial products or services are not allowed. Comments in violation of this policy will be removed. Continued posting of comments that violate this policy will result in the commenter being banned from the site.