Heat wave grips US West amid fear of a new, hotter normal

It's raising concerns that such extreme weather could become the new normal amid a decades-long drought. by Associated Press Tweet 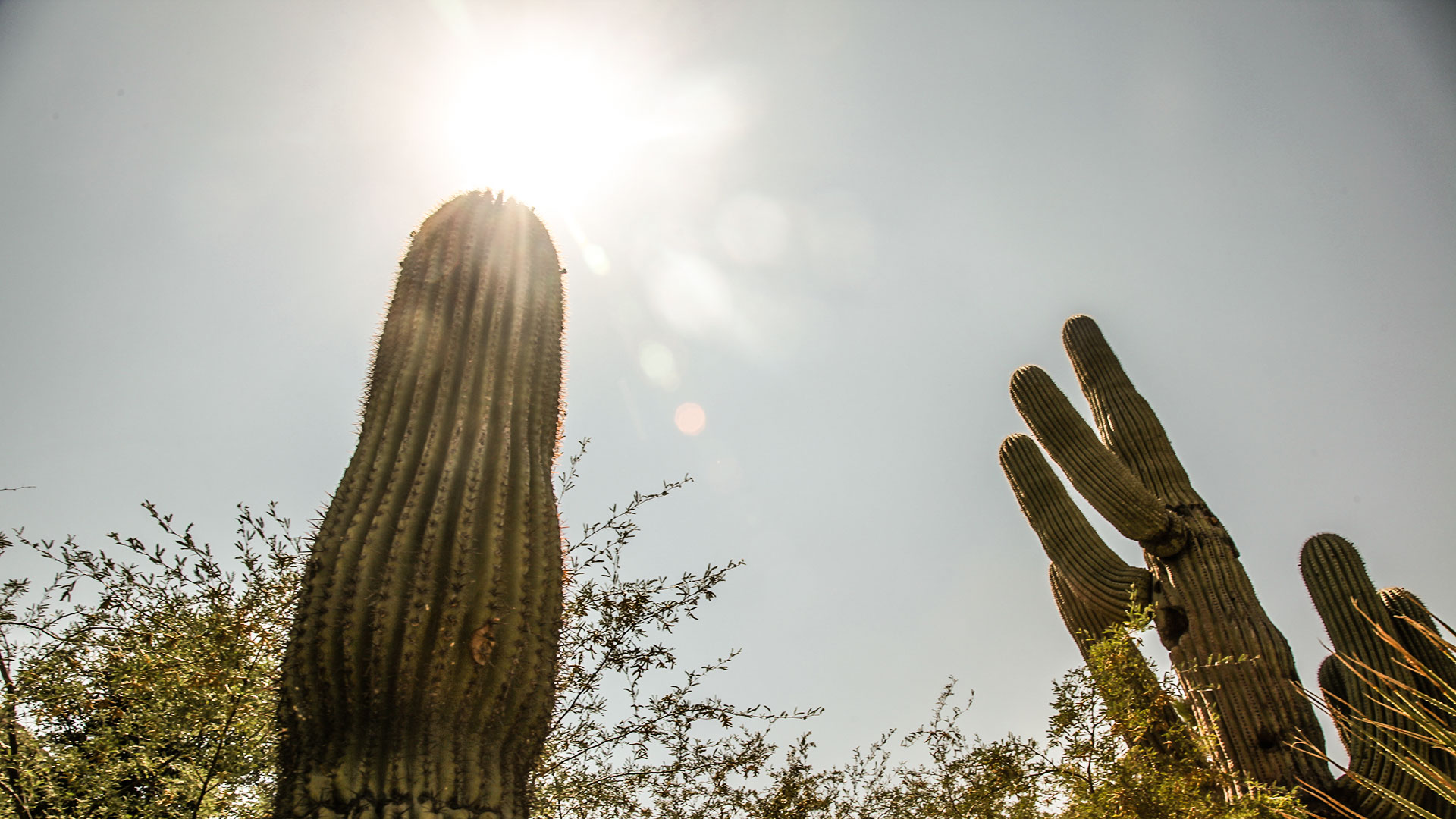 The highest temperature ever recorded in Tucson was 117 degrees, in 1990.
Nick O'Gara, AZPM

An unusually early and long-lasting heat wave has brought more triple-digit temperatures to a large swath of the U.S. West.

It's raising concerns that such extreme weather could become the new normal amid a decades-long drought.

Phoenix is seeing some of the highest temperatures this week, expecting to hit 115 degrees Wednesday and 117 the next two days.

Scientists who study drought and climate change say that people living in the American West can expect more of the same in the coming years.

Cooling centers opened in Tucson and the San Francisco Bay Area, people flocked to a lake in Denver amid expected triple-digit heat, and hot weather made it tougher to fight wildfires in Montana.

More water cuts coming to Arizona Upper Colorado River leaders push back against federal ask for conservation Deadline looms for drought-stricken states to cut water use
By posting comments, you agree to our
AZPM encourages comments, but comments that contain profanity, unrelated information, threats, libel, defamatory statements, obscenities, pornography or that violate the law are not allowed. Comments that promote commercial products or services are not allowed. Comments in violation of this policy will be removed. Continued posting of comments that violate this policy will result in the commenter being banned from the site.