Water will be recharged in the Santa Cruz riverbed. by Steve Jess Tweet 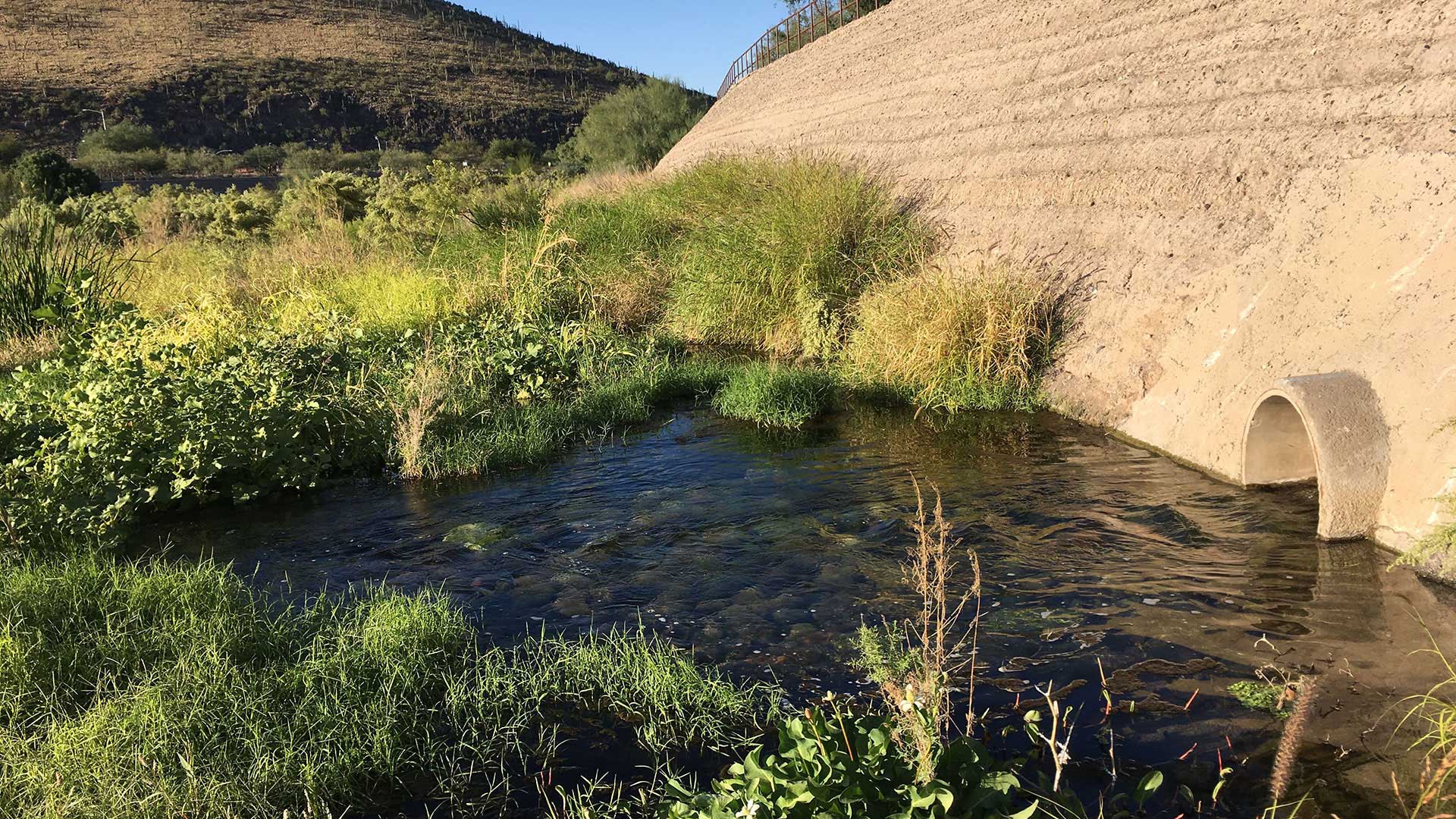 The state of Arizona is paying to restart a water treatment plant near Tucson's airport. When the plant resumes operation, however, it will no longer be contributing to the city's drinking water system.

The city built the Tucson Airport Remediation Plant, or TARP, in the 1990s to remove cancer-causing chemicals called TCE, and in the last few years it's also been removing a different set of chemicals, called PFAs, a remnant of firefighting foam.

The city recently shut down the plant after learning the PFA contamination was climbing and could soon overload the city's filtration system. Monday the state agreed to put up $2 million to build a pipeline to divert the treated water to the dry Santa Cruz river.

"What putting it in the river does is it gives us a little bit of flexibility," said James Macadam, a spokesman for Tucson Water. "It reduces the risk that some amount of PFAs could break through the treatment process and end up in the drinking water system."

He says the pipeline won't be ready for several months.

MacAdam says it's important to bring the plant back online so it can prevent the spread of the toxic chemicals that led to its construction back in the 90s:

"If we were to leave TARP off line for too long, many months to a couple of years, you would start to see the original plume of the TCE and the 1,4 Dioxin move downstream," he said.

In the longer term, the city and the state are pressing the US military, which operates a National Guard unit at the Tucson airport, to come up with a treatment plan, for when the city's plant is no longer enough. The military is considered the primary source of the PFA contamination.

AZ Delegation members urge DOD to act on Tucson contamination Tucson considers higher water rates for non-residents PFAS contamination draws local, national cleanup efforts
By posting comments, you agree to our
AZPM encourages comments, but comments that contain profanity, unrelated information, threats, libel, defamatory statements, obscenities, pornography or that violate the law are not allowed. Comments that promote commercial products or services are not allowed. Comments in violation of this policy will be removed. Continued posting of comments that violate this policy will result in the commenter being banned from the site.