Foes of massive Arizona tax cuts file to block them

The Invest in Arizona Now coalition argues the cuts will prevent schools from getting needed funding. by Associated Press Tweet 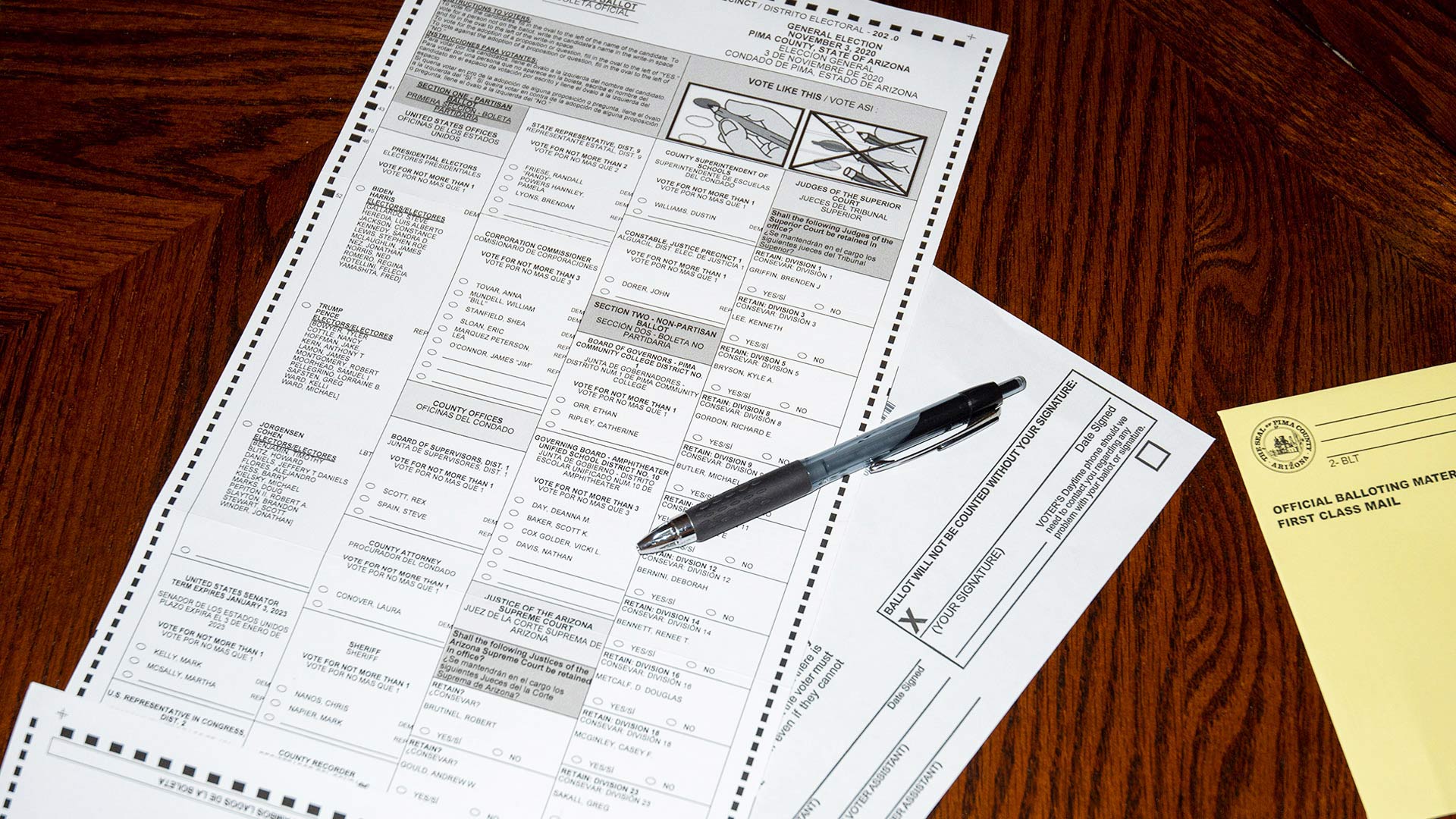 An Arizona mail-in ballot from the 2020 election.
CM Greer/AZPM

A group of public education advocates has filed enough signatures to at least temporarily block a nearly $2 billion income tax cut championed by Republicans in the Arizona Legislature and Gov. Doug Ducey.

If opponents of the new law collected enough signatures, voters could decide to repeal the law in the 2022 election.

They also turned in signatures to block a second tax cut aimed at exempting small-business owners from a new tax on the wealthy.

The Invest in Arizona Now coalition argues the cuts signed by Ducey will prevent schools from getting needed funding.

But the coalition fell short of filing on a third tax cut bill that caps income taxes at the current 4.5% rate.

Foes of new Arizona voting laws short of signatures for referendum Campaigns to repeal new state tax, election laws face Sept. 28 deadline Arizona GOP censures Rusty Bowers after Jan. 6 testimony
By posting comments, you agree to our
AZPM encourages comments, but comments that contain profanity, unrelated information, threats, libel, defamatory statements, obscenities, pornography or that violate the law are not allowed. Comments that promote commercial products or services are not allowed. Comments in violation of this policy will be removed. Continued posting of comments that violate this policy will result in the commenter being banned from the site.