Tucson is known as a bicycle-friendly community, but when it comes to being the best in the nation, the city still falls short, at least according to one survey. 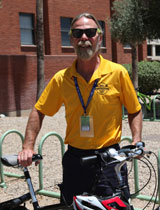 While the League of American Bicyclists still gives Tucson “gold” status, it did not upgrade our community to top-level “platinum” in its latest study. The league cites two areas in which the city is deficient - safety and ridership numbers.

“It’s really tough compared to some of the places that have it ... If you go to each of those places, you definitely see a little more, or a lot more, engrained bike culture,” says Steve Wilson, a bike ambassador with the Pima County Department of Transportation.

“The big advantage that Tucson has, obviously, is that the weather is good all year round, there’s an awful lot of striped shoulders on the streets, but the number of...people that go on errands to the store or people that actually commute to work is relatively low here, compared to the other platinum cities.”

Michael McKisson, an avid Tucson bike rider who operates the biking website TucsonVelo.com, agrees with Wilson that the city has some problems that keep it from attaining platinum status, but the news isn’t all bad.

“Tucson has the distinction of having the most on-street bike lanes of any community in the country. It’s up somewhere around 600 miles of bike lanes and bike routes,” McKisson says. 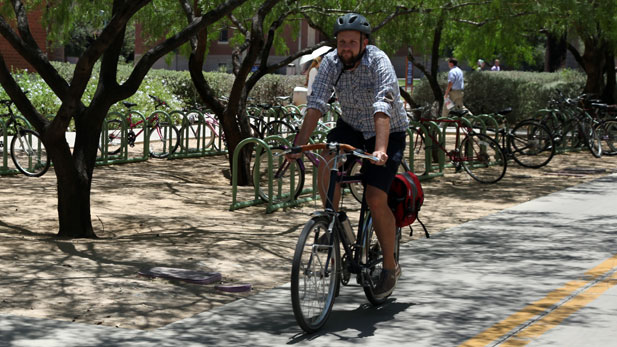 McKisson commutes about five miles to the University of Arizona where he works as an instructor in the School of Journalism.

Tucson mayor and council rethinking development tax incentives News roundup: Virus numbers grow at UA, Biden increases lead in AZ, flu shots crucial Heat, COVID-19 and isolation put mobile home parks at risk
By posting comments, you agree to our
AZPM encourages comments, but comments that contain profanity, unrelated information, threats, libel, defamatory statements, obscenities, pornography or that violate the law are not allowed. Comments that promote commercial products or services are not allowed. Comments in violation of this policy will be removed. Continued posting of comments that violate this policy will result in the commenter being banned from the site.