Feminist organizer among 3 killed in attack on protest in Guaymas, Sonora 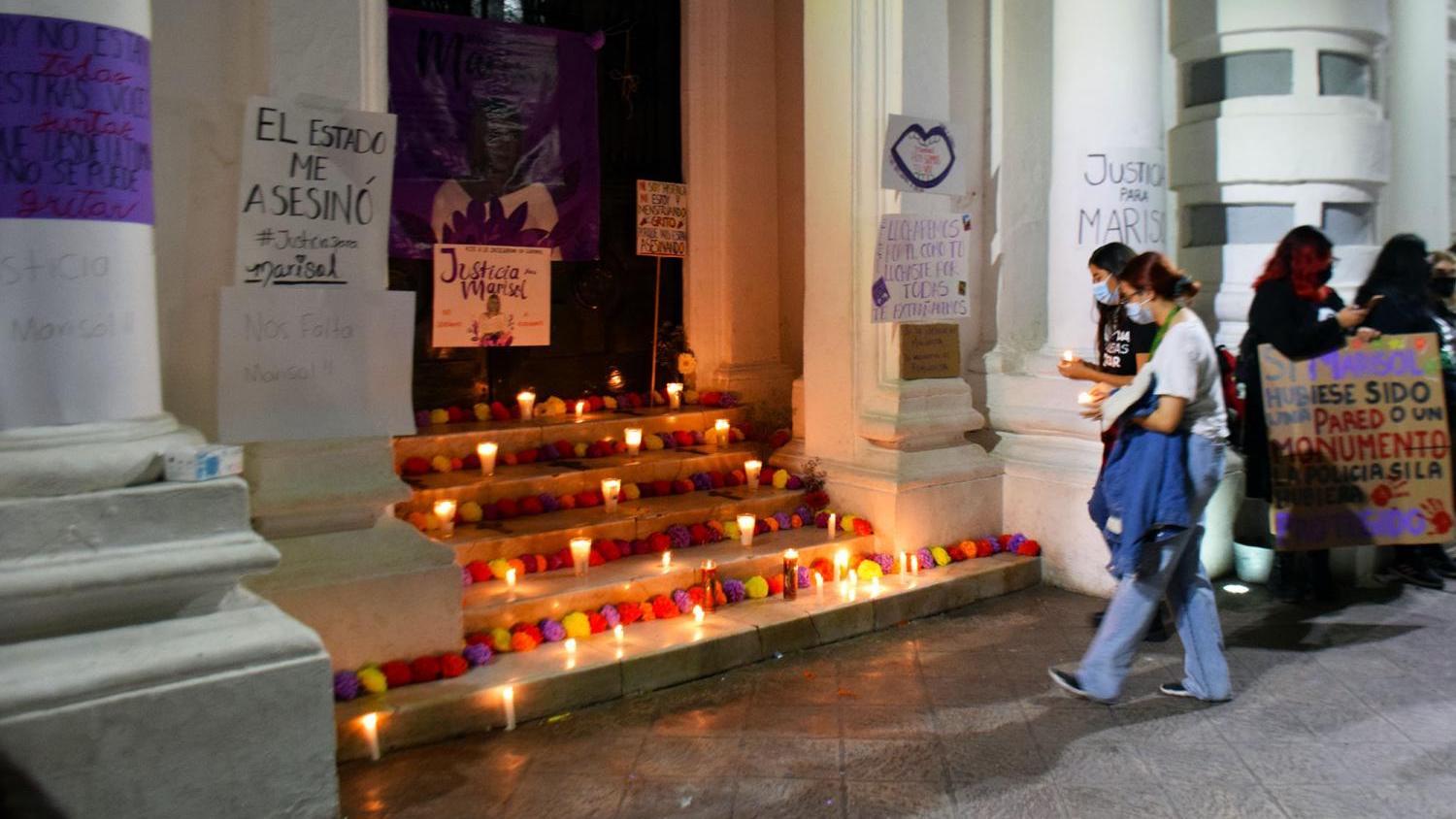 Women set candles under a poster calling for “Justice for Marisol” during a vigil on Sunday, Nov. 28, 2021 in Hermosillo, Sonora, for Marisol Cuadras, who was killed last week in Guaymas.
Kendal Blust/Fronteras Desk

Sonora is reeling from an armed attack late last week that left three people dead and two others seriously injured. One of those killed was a woman taking part in a protest against gender violence.

This weekend, feminist groups in Sonora and across Mexico held marches and vigils in honor of Marisol Cuadras — an 18-year-old activist killed during an attack on the municipal palace in Guaymas, Sonora.

Cuadras belonged to the local collective Feministas del Mar that was there demanding women’s safety as part of a peaceful demonstration on International Day for the Elimination of Violence Against Women.

Authorities have said the attack was not directed at the protesters, but at the local security head — a military captain appointed in 2019 as part of a federal plan to address violence by putting military leaders at the helm of local police in Sonora.

“We’re seeing, sadly, in the most painful way, that this strategy isn’t working,” said Krimilda Bernal, director of the citizen watchdog Sonora Security Observatory. “The military heads are really not improving security at the local level.”

Instead, she said, the states increasing dependence on the military has coincided with increasing violence across the state, where murders are at an all-time high.

Cuadras, who turned 18 in March, was studying renewable energy at a local college. She has been described by family and friends as a environmental activist and a proud feminist.

A bodyguard for the mayor, Antelmo Eduardo, 40, was also killed during the attack, as was one of the attackers, who authorities identified Sunday as a 49-year-old window washer believed to have been recruited by criminal groups.

Another young woman at the protest and a press person for the mayor were also severely injured.

Sonora's new governor slams predecessors, promises major changes Incoming Sonoran governor proposes bigger state role in violence hotspots Sonorans elect former Mexican security secretary as governor
By posting comments, you agree to our
AZPM encourages comments, but comments that contain profanity, unrelated information, threats, libel, defamatory statements, obscenities, pornography or that violate the law are not allowed. Comments that promote commercial products or services are not allowed. Comments in violation of this policy will be removed. Continued posting of comments that violate this policy will result in the commenter being banned from the site.