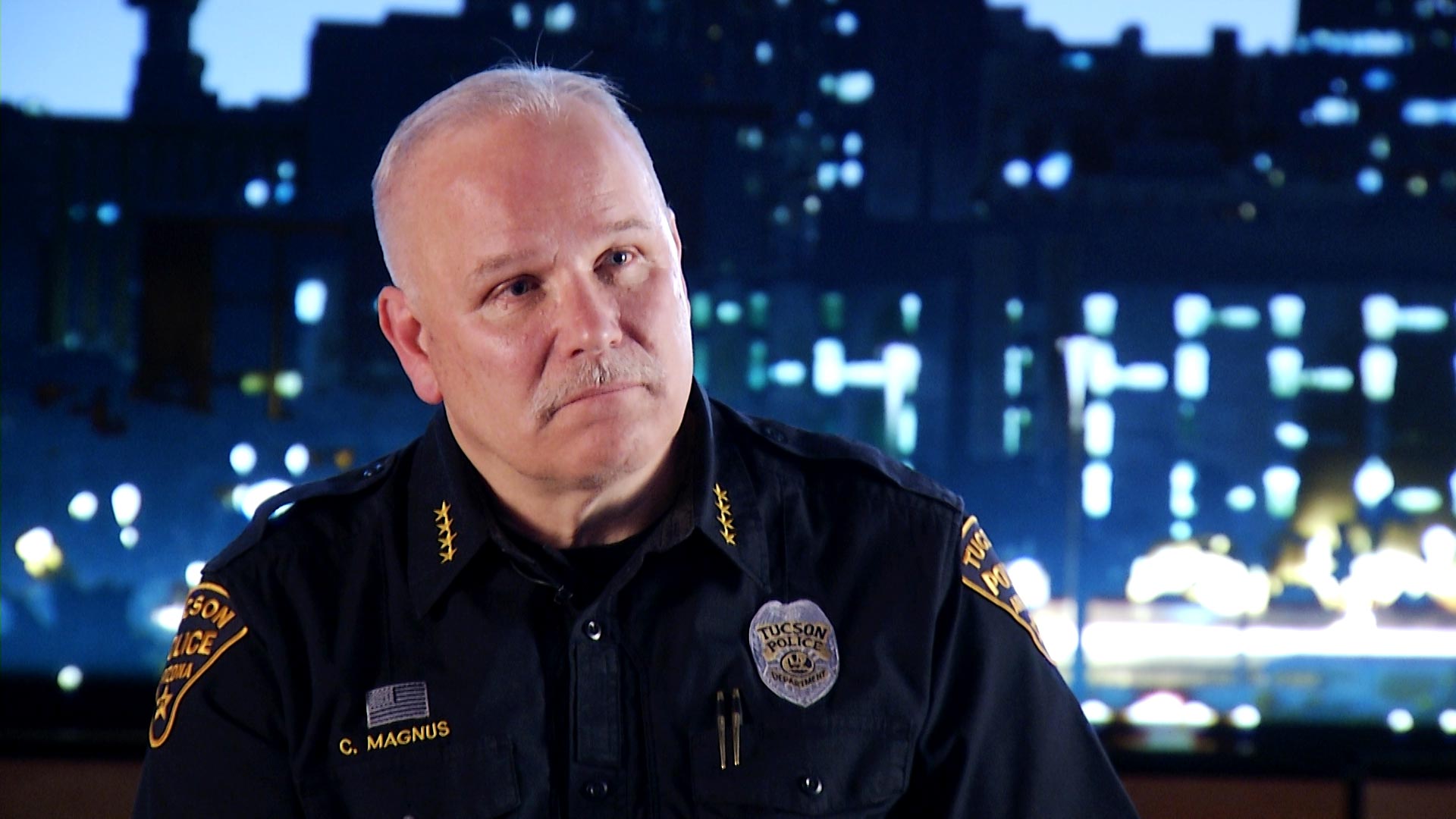 The U.S. Senate confirmed Tucson Police Chief Chris Magnus on Tuesday as the head of Customs and Border Protection.

The 50-47 vote brings an end to the chief’s six-year tenure at the Tucson police department.

The mayor and city council voted Tuesday afternoon for Deputy Chief Chad Kasmar to be the next chief of the department.

Magnus will head up the federal government’s largest law enforcement agency, which includes the Border Patrol and more than 60,000 employees, at a time when it is under particular scrutiny.

The agency is grappling with an increase in apprehensions along the Southwest border and the federal government is reimposing the Trump-era “remain in Mexico” program.

In nominating Magnus last spring, The White House called him “a progressive police leader who focused on relationship-building between the police and community” and touted his experience in a city close to the U.S.-Mexico border.

“He understands that strongly enforcing our immigration laws and treating immigrants and asylum seekers humanely are not mutually exclusive. You can do both. They are not incompatible,” U.S. Sen. Ron Wyden, a Democrat from Oregon, said before the vote Tuesday.

And U.S. Sen. Mark Kelly, Democrat of Arizona, said Magnus "brings experience and understanding of Southern Arizona that will be important for his new role."

But most Republicans voted against Magnus and have criticized President Joe Biden's handling of the border.

Only Maine Senator Susan Collins broke with her Republican colleagues to back Magnus' nomination.

The chief is leaving Tucson as the department grapples with its own set of challenges, including a rising homicide rate and questions about the use of force by its officers.

The confirmation vote comes little more than one week after a Tucson police officer shot a man in a wheelchair nine times from behind, killing him.

Magnus moved to fire the officer the next day.

Kasmar, the new chief, has worked at the Tucson Police Department for more than 20 years, including in 911 communications, the street crime interdiction unit and the community response team. He grew up in the city and graduated from the University of Arizona.

"Chad Kasmar is a proud product of Tucson with deep roots, he understands the needs of our city, and he is ready to take on the challenges ahead," Mayor Regina Romero said.

Romero said she will ask the new chief to embark on a listening tour that will include every ward of the city.

Facing vacancies, police departments seek to hire officers Tucson police officially fire officer who killed man in wheelchair County Attorney investigating TPD shooting
By posting comments, you agree to our
AZPM encourages comments, but comments that contain profanity, unrelated information, threats, libel, defamatory statements, obscenities, pornography or that violate the law are not allowed. Comments that promote commercial products or services are not allowed. Comments in violation of this policy will be removed. Continued posting of comments that violate this policy will result in the commenter being banned from the site.