Utility says it can now power 260,000 homes with renewables. by Steve Jess Tweet 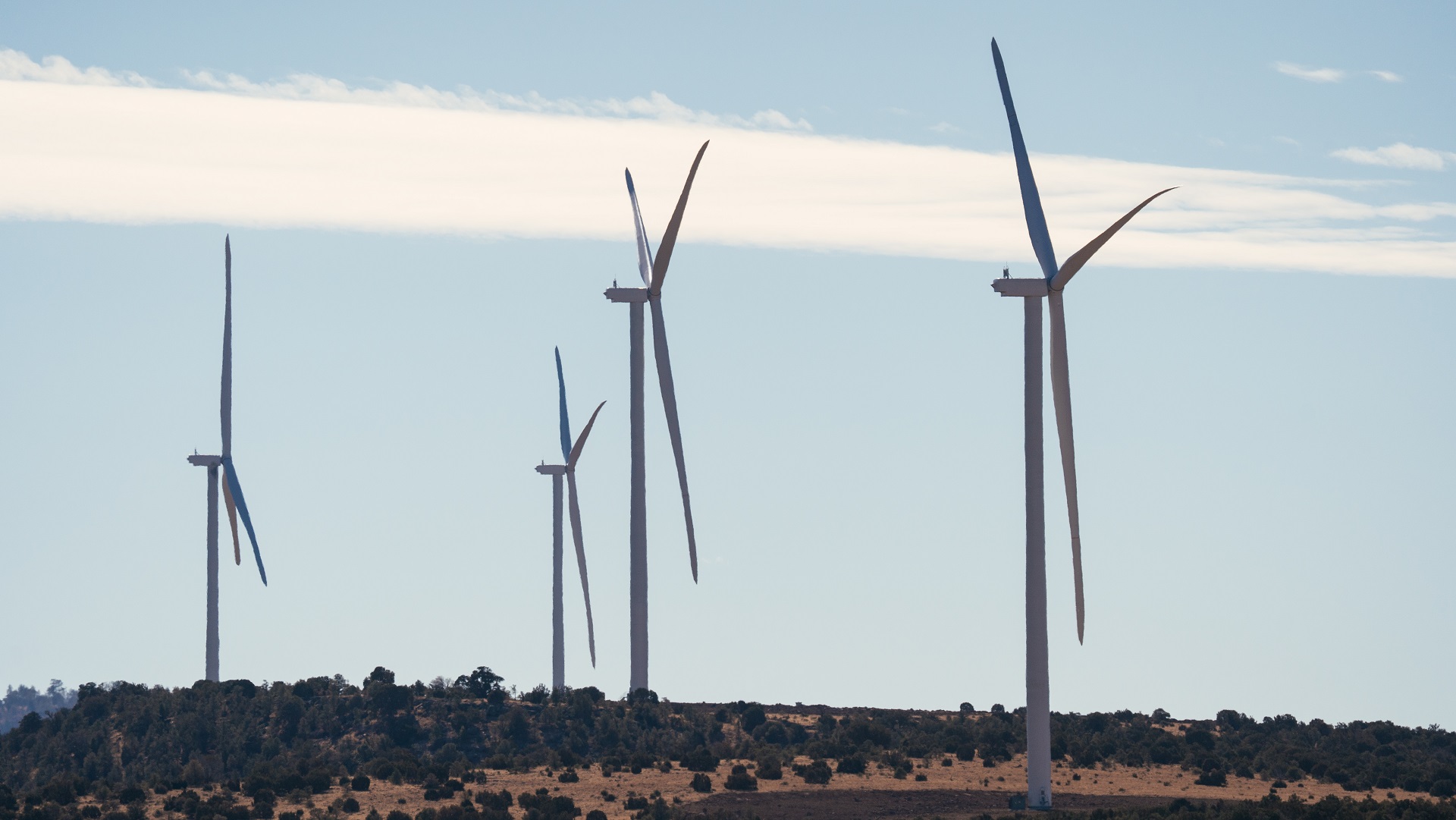 A new wind farm in New Mexico is the latest addition to Tucson Electric Power's portfolio of renewable energy sources.

The 34 turbines located south of Gallup cap a year in which TEP says it doubled its large scale sources on non-polluting electricity.

Company spokesman Joseph Barrios says the location is both high in wind potential and close to a Tucson Electric transmission line.

The company says the new wind farm is capable of supplying the energy needs of 26 thousand average homes. It was built by NextEra Energy Resources, which sells the power to TEP.

Tucson Electric aims to get 70 percent of its energy from renewables by 2035, cutting its carbon emissions by 80 percent.

On rare occasions, the utility has already been able to draw more than half of its power needs from wind and solar sources.

Electric bills to rise $9-$13 a month under TEP plan Tucson Electric Power plant emissions upgrade scheduled Nonprofit helps homeowners find good price for solar panels
By posting comments, you agree to our
AZPM encourages comments, but comments that contain profanity, unrelated information, threats, libel, defamatory statements, obscenities, pornography or that violate the law are not allowed. Comments that promote commercial products or services are not allowed. Comments in violation of this policy will be removed. Continued posting of comments that violate this policy will result in the commenter being banned from the site.