Lake Powell is critically low, and still shrinking. Here’s what happens next

The future of the reservoir is largely uncertain, but climate science and recent actions by the government are providing some hints as to what might happen in the near future. by Alex Hager, KUNC Tweet 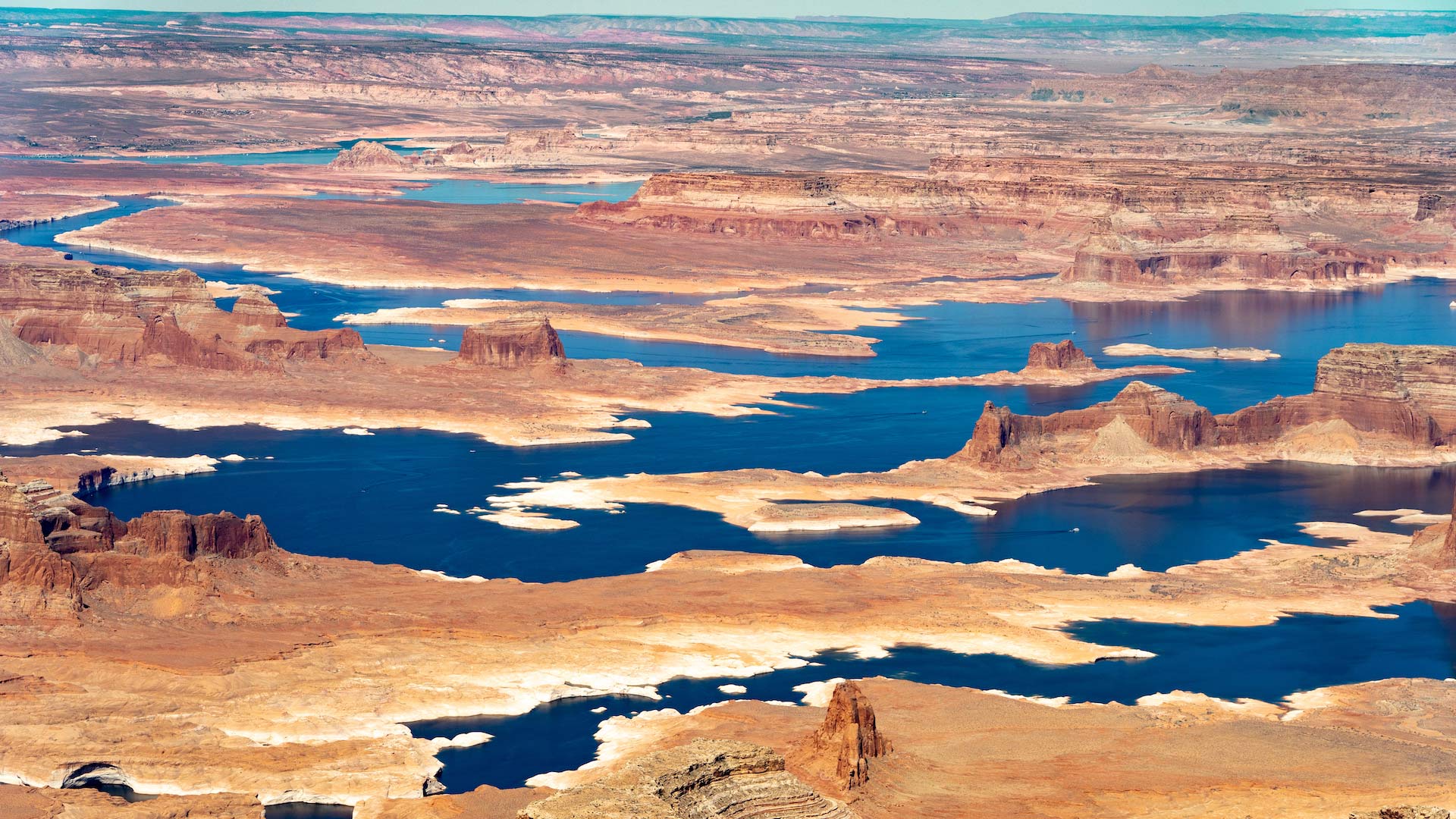 Water levels in Lake Powell, seen here in May 2021, are dipping dangerously low. The federal government has proposed an unprecedented plan to cut back on water supplies for Arizona, Nevada and California. The measure aims to keep water levels high enough to generate hydropower at the Glen Canyon Dam.
Ted Wood/The Water Desk

Lake Powell is in crisis.

The nation’s second-largest reservoir is strained by more than two decades of drought, and its water levels are slipping dangerously low.

In March, the reservoir passed an important threshold. Water levels dipped below 3,525 feet – the last major milestone before a serious threat to hydropower generation at the Glen Canyon Dam.

The future of the reservoir is largely uncertain, but climate science and recent actions by the government are providing some hints as to what might happen in the near future.

What is the current status of Lake Powell?

The latest data shows the reservoir at 3,523 feet above sea level. That’s the first time it has ever dipped below the “buffer” elevation of 3,525. Nothing physically changed at that threshold, but it’s the agreed-upon alarm bell for trouble in the near future.

As part of 2019’s Drought Contingency Plan, water managers agreed that the reservoir’s water should be kept above 3,525 feet to provide a buffer before it got even lower, giving the agencies in charge some time to come up with a fix.

At 3,490 feet, Glen Canyon Dam reaches "minimum power pool." Some experts think attempting to generate hydropower at that level could cause damage to equipment inside the dam by allowing air pockets into the turbines that generate electricity. Even lower, at 3,370 feet, the reservoir hits "dead pool," at which point water can no longer pass through the dam by the power of gravity. Broadly speaking, dropping levels have created a lot of unanswered questions about the future.

“We don't know what happens below 3,490,” said Taylor Hawes, Colorado River program director at the Nature Conservancy. “We don't know if the dam will operate as expected. We don't know if we can release water to meet downstream requirements. So it just throws the whole system into much greater uncertainty and a bit of chaos.”

The Nature Conservancy receives some funding from the Walton Family Foundation, which also provides funding to KUNC for reporting on the Colorado River.

Will water levels go back up?

In the short term, yes. In the long term, probably not. While levels are on a long downward trend, they fluctuate with the seasons. A large portion of the water in the Colorado River and Lake Powell comes from high-mountain snowmelt in Colorado and Wyoming.

Because of that, the spring and early summer will bring a temporary boost to water levels while snow runs into rivers and eventually flows into Lake Powell. Mountain snowpack is generally below average for this time of year, so that boost may not be as big as it has been in years past. 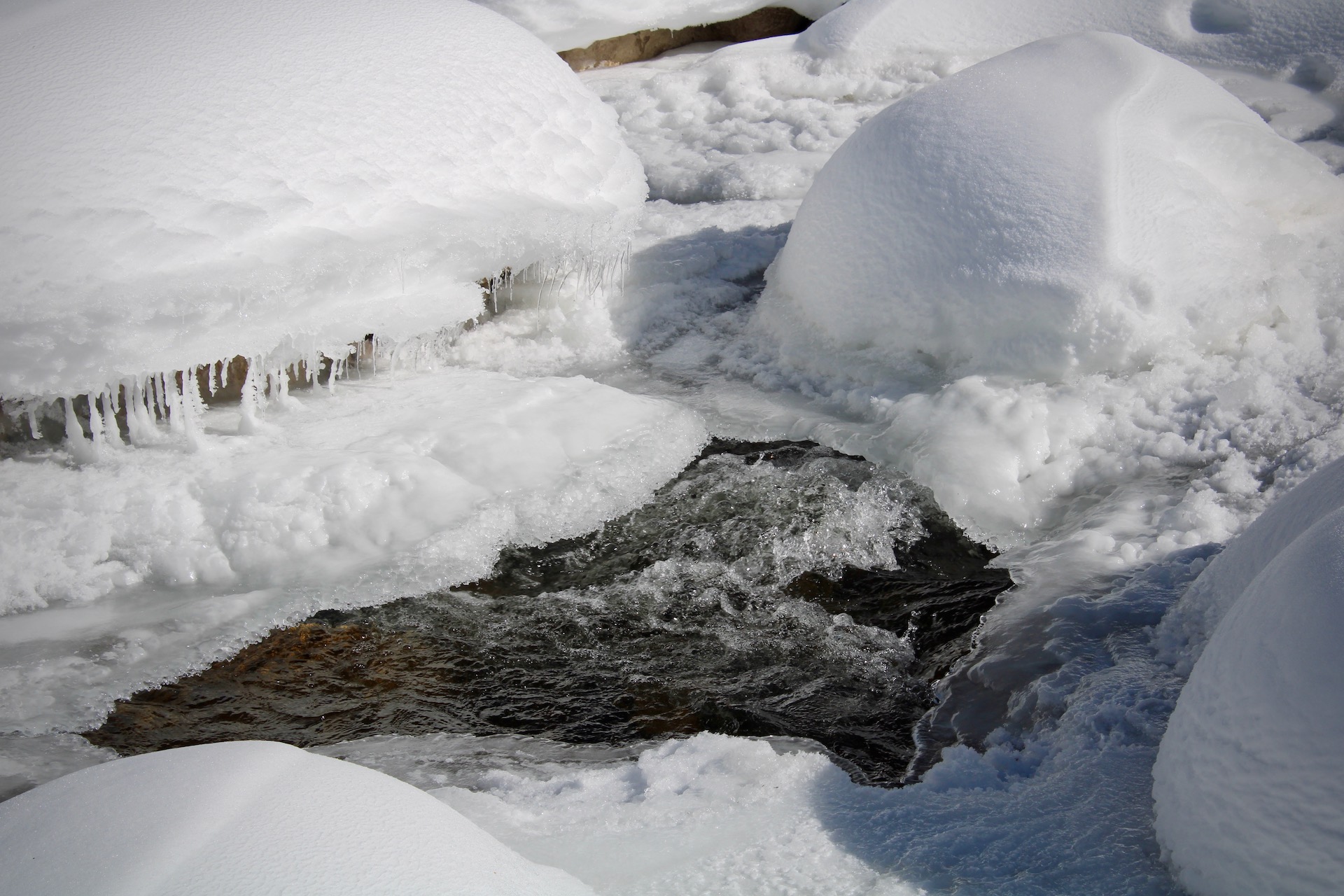 Much of the water in Lake Powell starts as high-mountain snow. This year, snowpack at high altitudes is slightly below average. Forecasters expect that runoff to provide a temporary boost to Lake Powell, but not enough to substantially alter its course.
Alex Hager / KUNC

Forecasts are calling for 4.1 million acre-feet of water to flow into Lake Powell from April to July this year, but water managers are obligated to release more than 7 million acre-feet out of the lake. An acre-foot is the amount of water needed to fill one acre of land to a height of one foot. One acre-foot generally provides enough water for one to two households for a year.

That leaves a sizable deficit and little time to turn things around.

“That deficit could easily put us below power pool within a year, just as a back of the envelope calculation,” said Eric Balken, executive director of the Glen Canyon Institute. “It doesn't strain the mind to imagine us losing power within a year. The reality is that it's probably too little, too late.”

What is the government doing about it?

The U.S. Department of the Interior is considering a plan to keep extra water in Lake Powell. The word “unprecedented” gets thrown around a lot in discussions about the Colorado River these days, and this is no exception. Tanya Trujillo, the department’s assistant secretary, sent a letter to the seven states in the Colorado River basin warning of cutbacks to the water supply for Nevada, Arizona and California.

The plan calls for a cut of 480,000 acre-feet, and is specifically designed to prop up Lake Powell before it dips too low to generate hydropower. Experts say it won’t be a silver bullet, but could stave off near-term danger. Kathryn Sorensen, research director at the Kyl Center for Water Policy at Arizona State University, said it will push water managers further in the direction of finding more permanent solutions.

The very fact that officials in Washington, D.C. are getting involved underscores the urgency of Lake Powell’s crisis.

"The federal government generally prefers to let the stakeholders work things through,” Sorensen said. “The fact that they're becoming involved in this manner points to real concerns that they must have and they must view the situation as one of extreme difficulty that requires them to act more directly”

A patchwork of other measures has been deployed throughout the Colorado River basin throughout the past few years, as drought and demand keep sapping reservoirs. That includes releases of water upstream of Lake Powell, and voluntary cuts in Powell’s downstream neighbor, Lake Mead.

What is the long-term future of Lake Powell?

All signs point to a hotter, drier future for the Western U.S. The big question is how water managers will divvy up a shrinking supply to feed a growing region. Climate change is driving more than two decades of drought across the region, and making it increasingly unlikely that Lake Powell will ever climb back to previous levels. 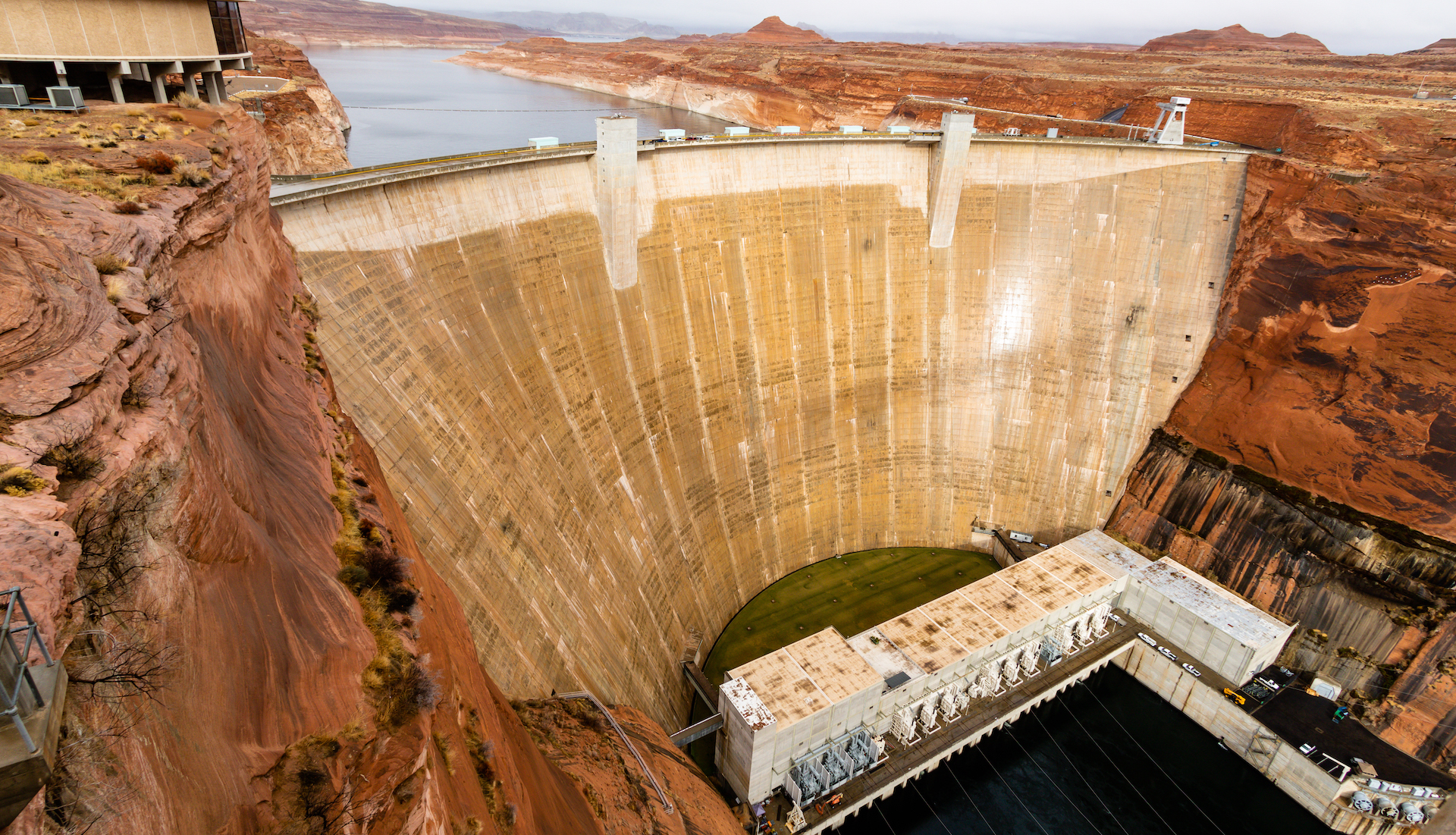 Water levels in Lake Powell are dipping dangerously close to "dead pool," at which point it becomes impossible to generate hydropower at the Glen Canyon dam. Experts think the reservoir could reach those levels within a year.
Mitch Tobin/The Water Desk

Just as water demand is going up, the supply is going down.

“Is this as bad as climate change is going to get in shrinking the snowpacks in the headwaters? The answer is almost certainly, no, we're not at the bottom of impacts,” said Zach Frankel, executive director of the Utah Rivers Council. “So the question is, how bad is it going to get? In coming years, it's going to get worse and worse and worse.”

Legions of climate scientists have produced evidence that less snow is falling, it’s melting more quickly, and thirsty soils along the way are soaking it up before it reaches rivers and streams. Frankel criticizes water managers for their inaction in the face of those trends.

“People should definitely not feel like the agencies managing the Colorado River have it under control,” he said. “They don't have it under control. They've been ignoring the problem coming for decades and decades. And it's not a backroom voodoo mystery that only fortune tellers can forecast. It is something in peer-reviewed, published science for decades and decades that the managers of the Colorado River have been ignoring.”

Water managers across the region are on the clock to come up with new rules for how to share Colorado River water before 2026, when the current guidelines expire. Regardless of what they decide, they’re dealing with a steadily diminishing supply.

This story is part of ongoing coverage of water in the West, produced by KUNC in Colorado and supported by the Walton Family Foundation. KUNC is solely responsible for its editorial coverage.

Correction: A previous version of this story indicated that 3,490 feet is Lake Powell's "dead pool" level. That is incorrect. Dead pool is 3,370 feet. A water level of 3,490 feet is known as "minimum power pool." Glen Canyon Dam can release water below minimum power pool through bypass jets until an elevation of 3,370 feet, which is then the top of dead pool and no further water can be released. The story has been updated to reflect this information.

Hydropower customers could pay extra fees Amid dropping water levels in Lake Powell, another ‘short-term fix’ is on the way What will Arizona do as its share of Colorado River water diminishes?
By posting comments, you agree to our
AZPM encourages comments, but comments that contain profanity, unrelated information, threats, libel, defamatory statements, obscenities, pornography or that violate the law are not allowed. Comments that promote commercial products or services are not allowed. Comments in violation of this policy will be removed. Continued posting of comments that violate this policy will result in the commenter being banned from the site.