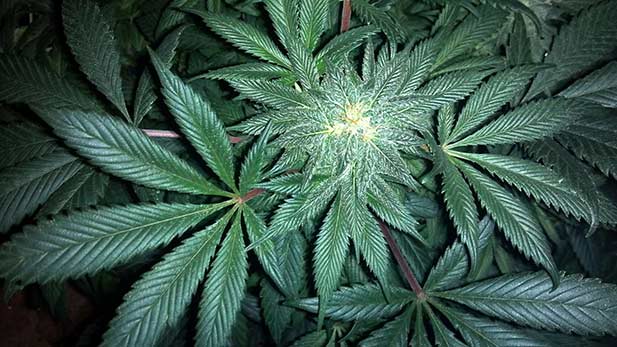 The Arizona Supreme Court has ruled that the smell of marijuana is enough to give police legal grounds to conduct a search.

In separate cases, two men were arrested after police smelled marijuana in their possession.

They both sued, arguing that the 2010 voter-approved law to legalize medical marijuana means that smell is not enough evidence to conduct a search

In the unanimous rulings, justices disagreed, saying marijuana use is still illegal for the vast majority of Arizonans.

Chief Justice Scott Bales wrote: "Given Arizona’s general prohibition against marijuana possession and use, it is reasonable for officers to conclude that criminal activity is occurring when they see or smell marijuana, thereby satisfying probable cause."

The 2010 law allows people with certain medical conditions to have up to 2.5 ounces of marijuana every two weeks. Patients must carry their medical marijuana ID cards to prove legal possession.

The supreme court’s rulings on odor may be short-lived. Last week, supporters of legalizing marijuana for recreational use submitted a petition to ask voters in November whether to legalize use for all adults over 21.

Racial Divide in Country Inspires UA Student to Act Debate Over Recreational Marijuana Comes to the Fore Court: Med Marijuana Card Can Defend Against DUI Charge
By posting comments, you agree to our
AZPM encourages comments, but comments that contain profanity, unrelated information, threats, libel, defamatory statements, obscenities, pornography or that violate the law are not allowed. Comments that promote commercial products or services are not allowed. Comments in violation of this policy will be removed. Continued posting of comments that violate this policy will result in the commenter being banned from the site.