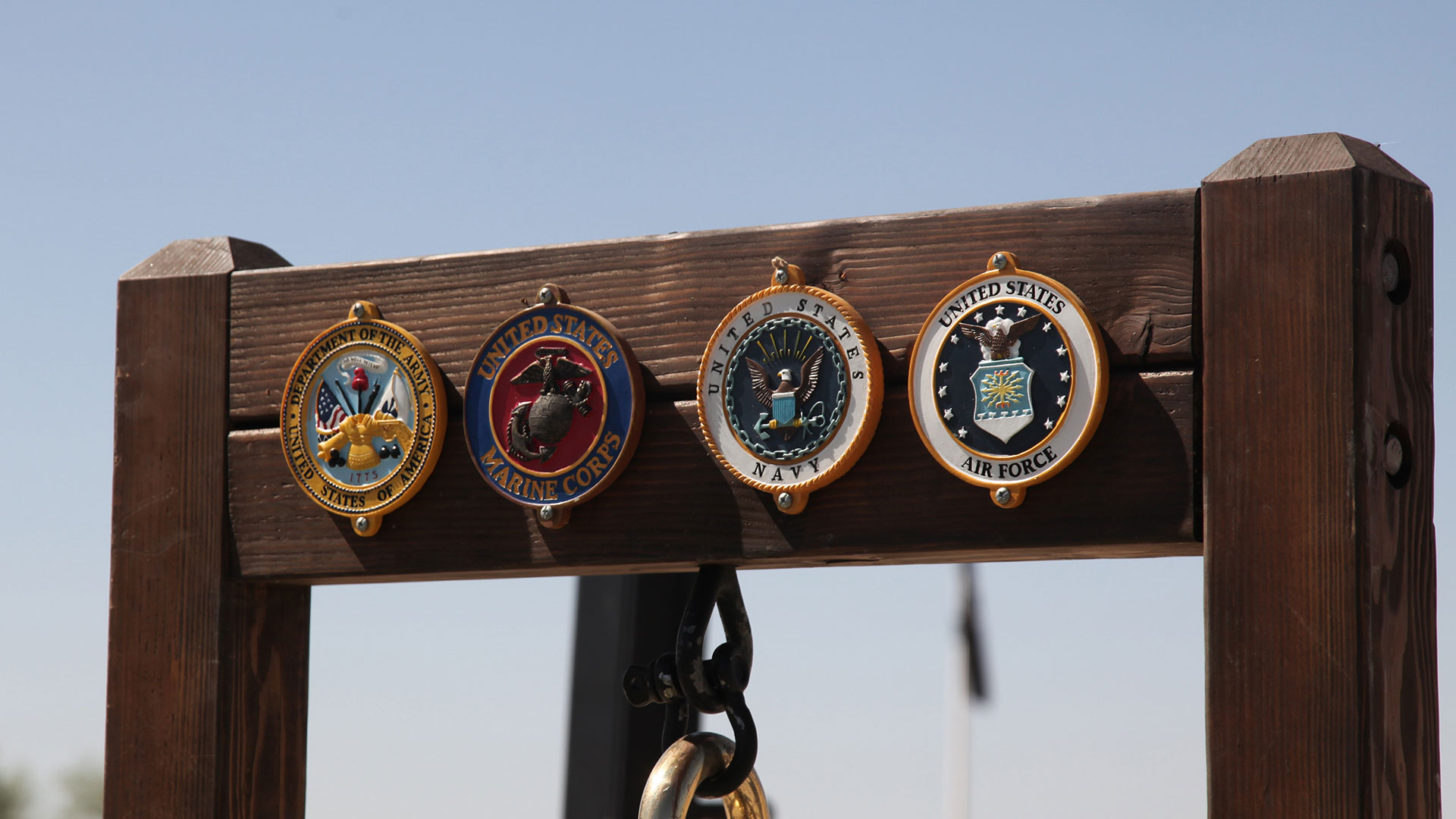 Seals representing each branch of the armed services
Zac Ziegler

To the surprise of the Pentagon, President Donald Trump tweeted Wednesday that transgender individuals will no longer be allowed to join the military.

The Family Research Council, a conservative Christian group, praised the president’s decision as a cost-saving measure for the military. The president didn't cite any numbers for the claim that it cost too much to meet the medical needs of transgender individuals.

Last year, a study that estimated the additional cost of services for the military’s transgender population is between $2.5 million and $8 million.

"A drop in the bucket," said Abby Jensen, the general counsel for the Southern Arizona Gender Alliance. Jensen said transgender soldiers are here to stay.

She cited a study that found that “20 percent of transgender people enlist in the military, which is basically three times the rate for the general population. So we are very much a part of the military and have been for decades.”

Jensen said groups around the country are already organizing to launch a legal challenge to the president's decision.

After consultation with my Generals and military experts, please be advised that the United States Government will not accept or allow......

....Transgender individuals to serve in any capacity in the U.S. Military. Our military must be focused on decisive and overwhelming.....

....victory and cannot be burdened with the tremendous medical costs and disruption that transgender in the military would entail. Thank you

CORRECTION: The broadcast version of this story misidentified and misgendered Abby Jensen. She is the general counsel for the Southern Arizona Gender Alliance. Arizona Public Media deeply regrets the error.

12 Transgender Women from Central America and Mexico Seek Asylum in US Southern Arizona Gender Alliance is growing in Tucson Interview with Transgender Woman in Immigrant Detention
By posting comments, you agree to our
AZPM encourages comments, but comments that contain profanity, unrelated information, threats, libel, defamatory statements, obscenities, pornography or that violate the law are not allowed. Comments that promote commercial products or services are not allowed. Comments in violation of this policy will be removed. Continued posting of comments that violate this policy will result in the commenter being banned from the site.