Testing On Border Wall Prototypes Coming to an End 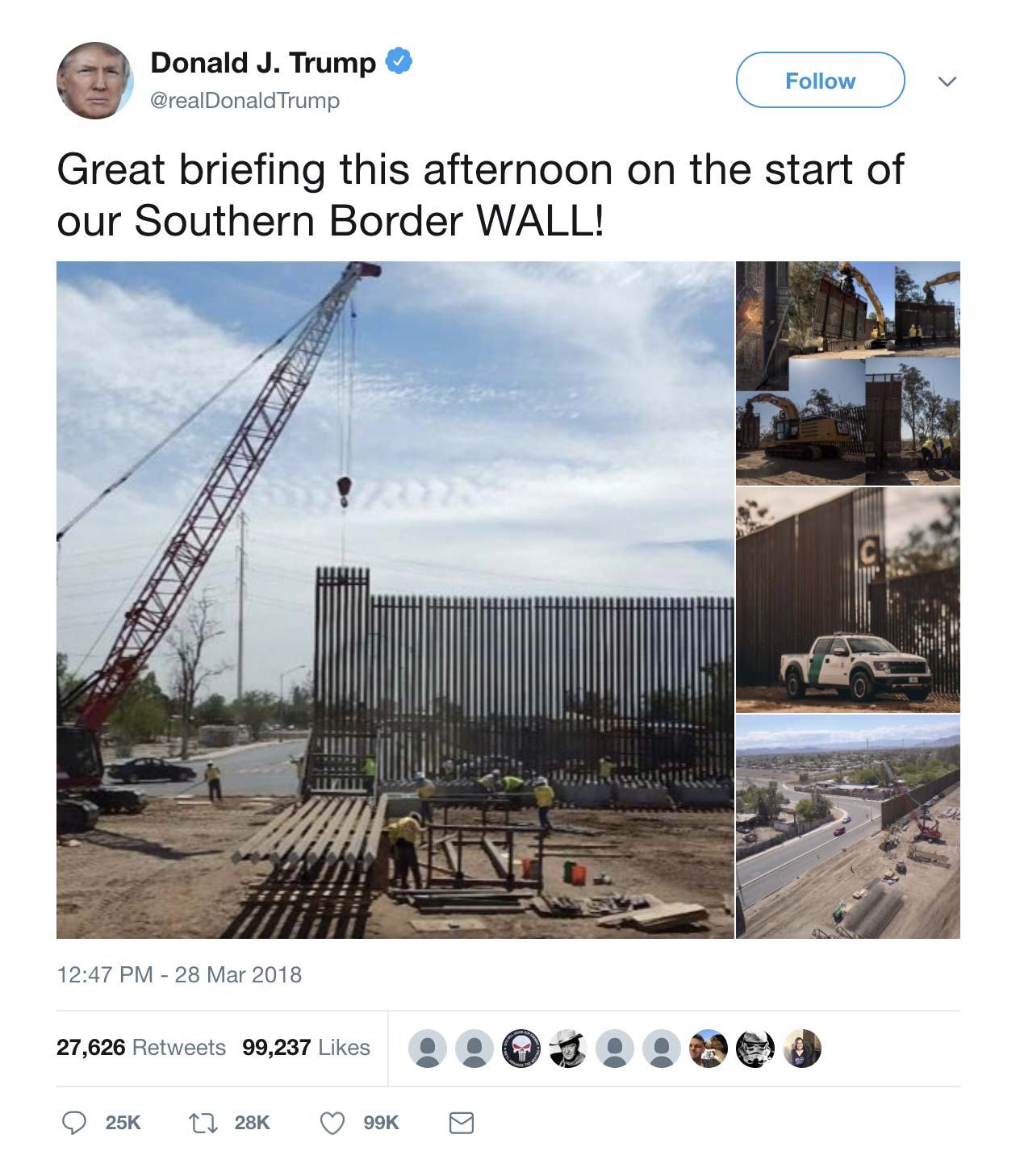 The Trump administration may not have a way to pay for the wall, but officials said they’re expecting to complete their evaluation of border wall prototypes this week.

Contractors were first hired late last year to start work on eight prototypes. Government contract agreements called for prototypes made both of concrete and of bollard style walls, each designed for different segments of the border.

But the photos he showed were of a 2.25 mile long stretch of fence replacement in Calexico, California. Money had already been set aside for that project.

There still isn’t funding for the new wall.

2,700 Scientists: Planned Border Wall a Threat to Biodiversity Committee Approves Border Budget, Adds Protection for Some Asylum Seekers Committee Set To Debate Budget Increase for Homeland Security, Border Wall
By posting comments, you agree to our
AZPM encourages comments, but comments that contain profanity, unrelated information, threats, libel, defamatory statements, obscenities, pornography or that violate the law are not allowed. Comments that promote commercial products or services are not allowed. Comments in violation of this policy will be removed. Continued posting of comments that violate this policy will result in the commenter being banned from the site.