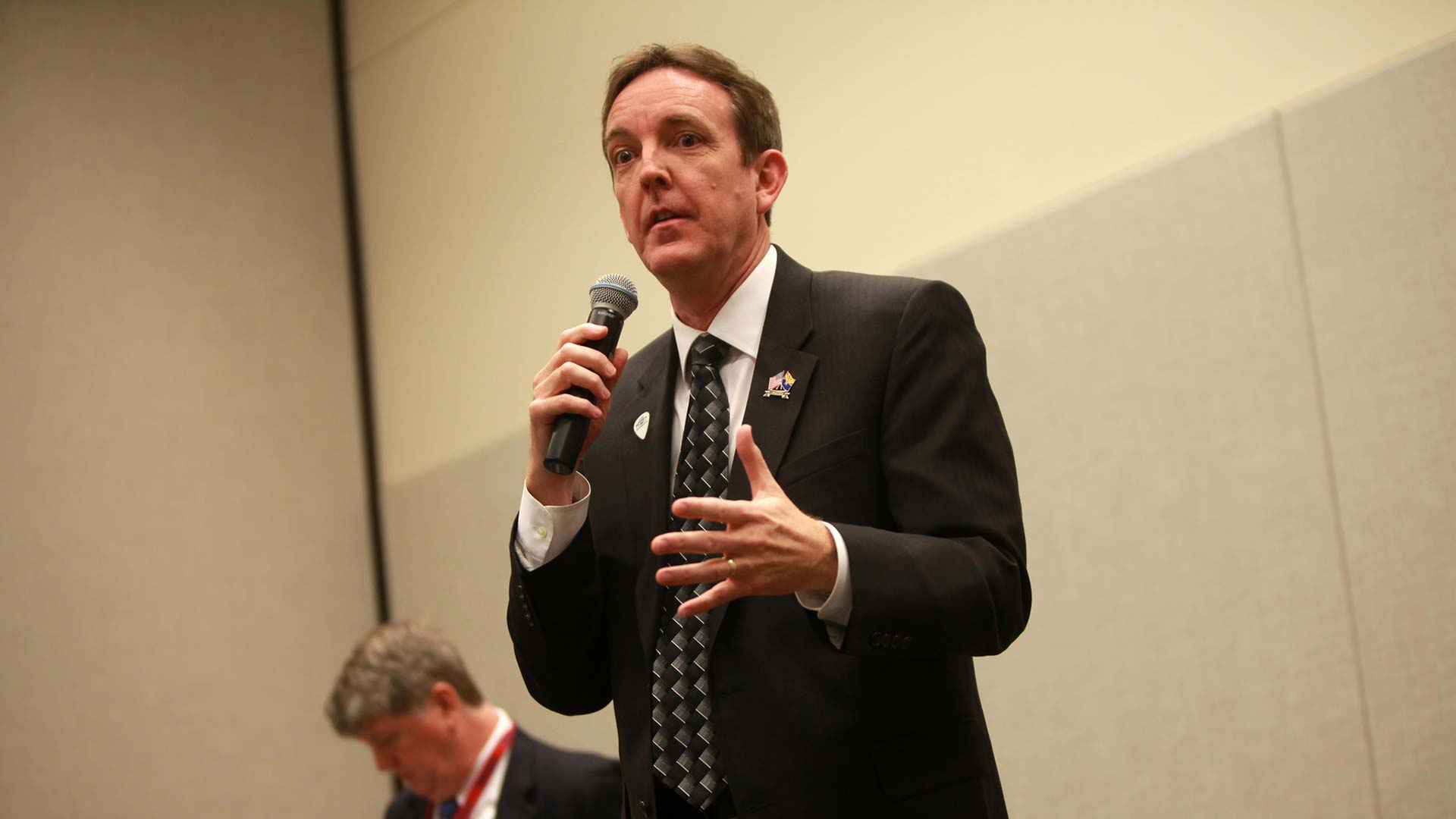 A Tucson native, Bennett served on the Prescott City Council, the state Board of Education and in the Arizona Senate before newly elevated Gov. Jan Brewer appointed him as secretary of state in 2009 to replace her in that office. Bennett won a full term of his own in 2010.

Ducey defeated Bennett and four other Republicans in the 2014 primary for governor. Bennett also lost a race for the party's nomination in the 1st Congressional District in 2016.

Want to know more about this year's race for governor? Check out our series Money and Politics, all about campaign finance.

Gubernatorial Candidate Bennett Wants Armed Teachers and Cops in Schools GOP Unsettled by Narrow Win in US House Race in Arizona Money and Politics: Closing the Gap With Social Media
By posting comments, you agree to our
AZPM encourages comments, but comments that contain profanity, unrelated information, threats, libel, defamatory statements, obscenities, pornography or that violate the law are not allowed. Comments that promote commercial products or services are not allowed. Comments in violation of this policy will be removed. Continued posting of comments that violate this policy will result in the commenter being banned from the site.