The decision on one of Mexico’s most serious environmental disasters in decades could set precedent for other similar cases. by Fronteras Desk Tweet 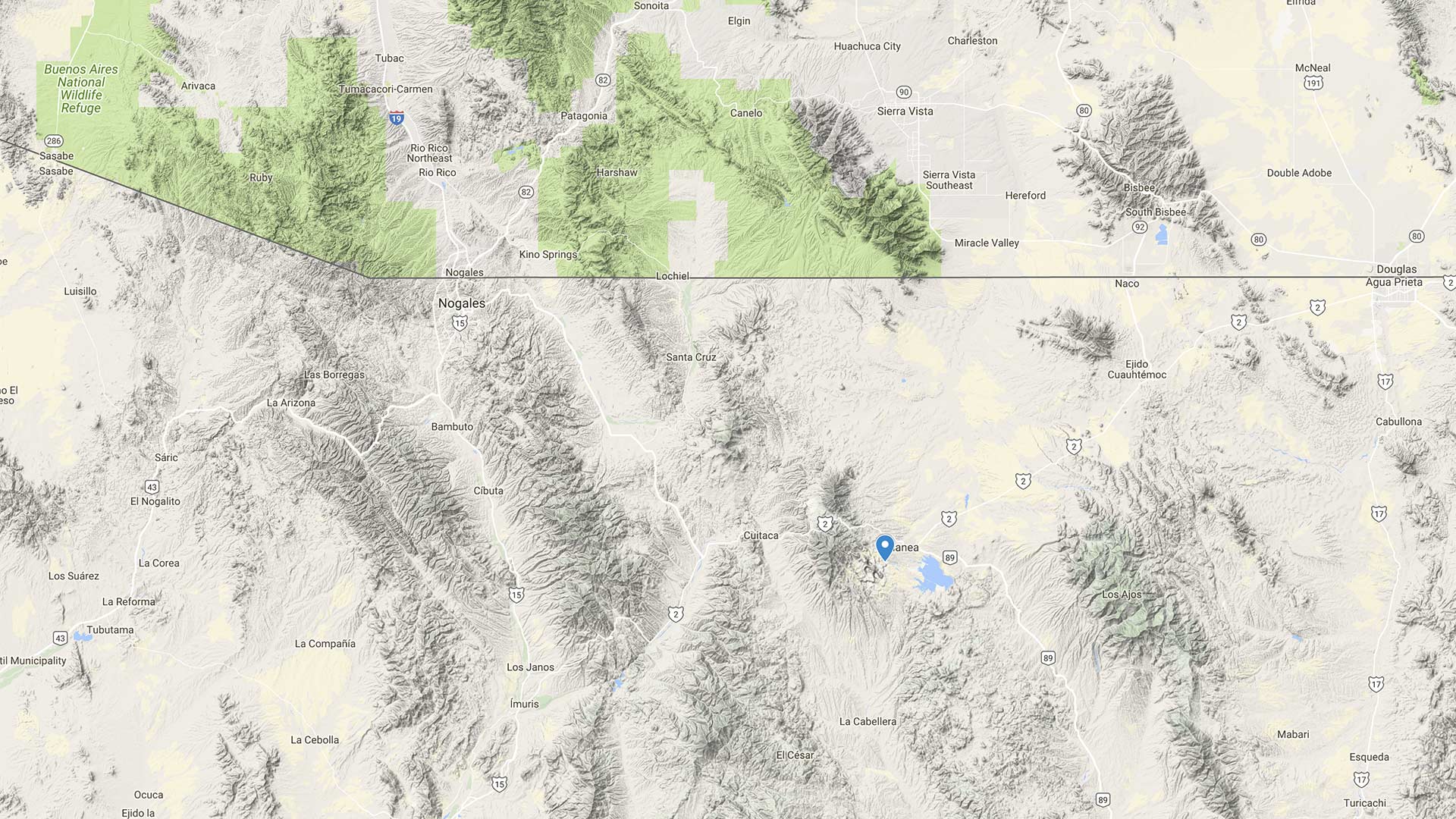 Google Maps image showing the location of the Buenavista del Cobre mine in the Mexican State of Sonora.
AZPM

HERMOSILLO, Mex. — Mexico’s Supreme Court will rule soon on a case brought by victims of a massive 2014 mine spill along a river just across the Arizona border in the Mexican state of Sonora.

Residents of the small town of Bacánuchi, a 3.5-hour drive south of Sierra Vista, are hoping the high court will find that they were not adequately consulted by the federal government before it approved a large new tailings pond at the Buenavista del Cobre copper mine.

It was a spill at that same mine in August 2014 that sent millions of gallons of copper sulfate down the Bacanuchi and Sonoran rivers in one of Mexico’s most serious environmental disasters in decades. Buenavista - owned by Grupo Mexico - is one of the largest copper mines in the world.

The company did not respond to a request for comment. The decision could set precedent for other similar cases, according to a court document.

Mexico's Supreme Court To Hear Sonora Acid Spill Cases Navajo Farmers Open Legal Battle Over Mine Waste Spill USMCA commission asks Mexico to respond to alleged lack of protection for endangered porpoise
By posting comments, you agree to our
AZPM encourages comments, but comments that contain profanity, unrelated information, threats, libel, defamatory statements, obscenities, pornography or that violate the law are not allowed. Comments that promote commercial products or services are not allowed. Comments in violation of this policy will be removed. Continued posting of comments that violate this policy will result in the commenter being banned from the site.