Sewer Pipe Rupture From Mexico Into US Partly Contained

The rupture caused raw sewage to flow from Naco, Mexico into the border town of Naco, Arizona. by Brandon Mejia TWEET SHARE 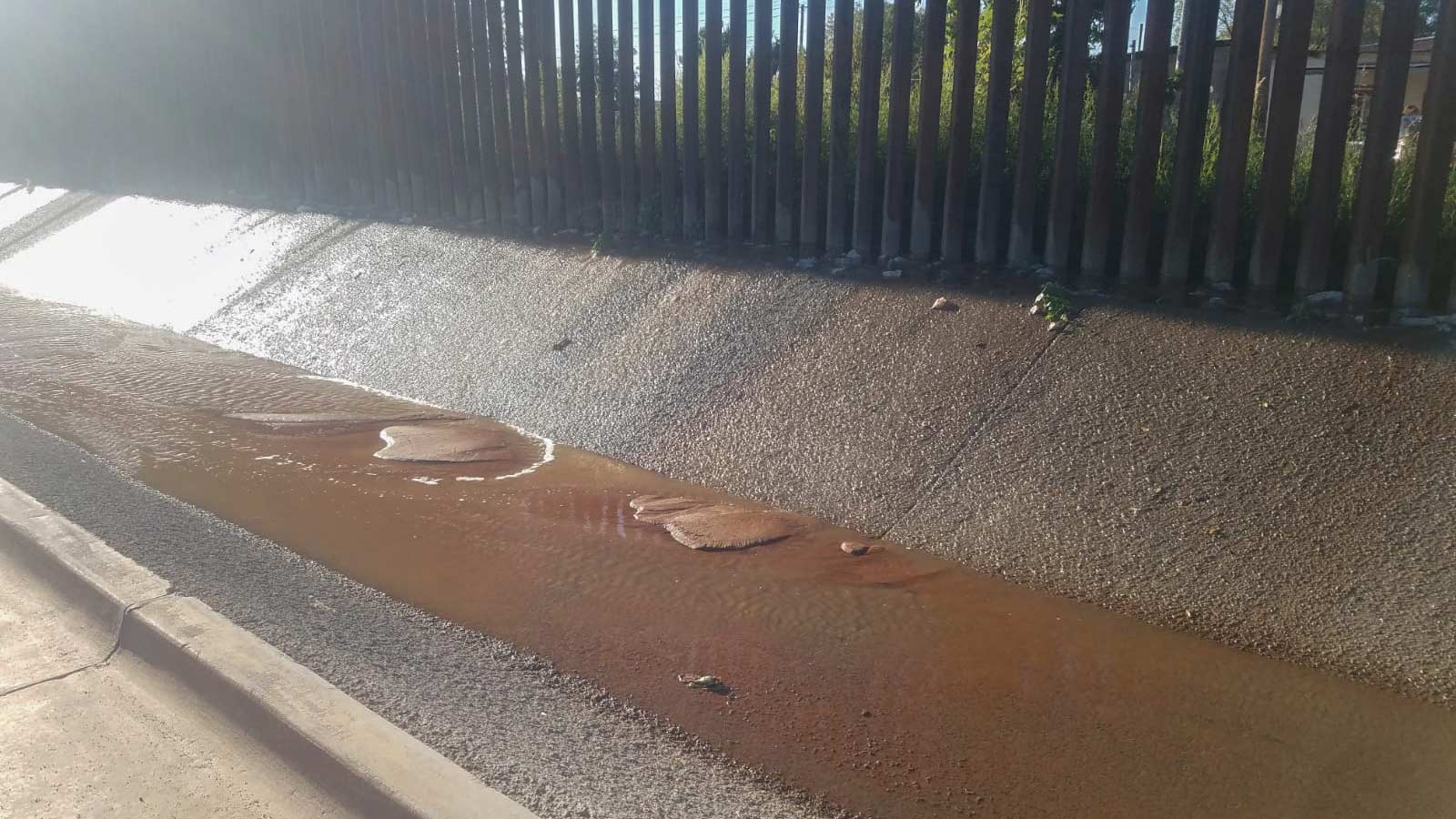 Raw sewage flows through the Naco Port of Entry and into Arizona after a pump was unable to handle the flow of effluent and ruptured.
Cochise County Board of Supervisors

Raw sewage that temporarily flowed from Mexico across the border to Arizona has been partly contained, according to the deputy director for Cochise County health and public services.

The sewage flowed into the border town of Naco, located in Cochise County.

The leak started Sunday around 6 a.m. and was a result of a breach in one of the transfer lines between holding pools on the east and west ends of Naco, said deputy health director Ray Falkenberg.

"That was caused by a pump that was pumping refuse and effluent into the line, and the line was unable to handle that," Falkenberg said. "That created a rupture in the line and that is the flow that was occurring next to the port of entry in Naco and came across the line."

The flow east of the town in the populated area by the port of entry has been stopped, Falkenberg said.

Area residents were given a pre-evacuation order if the flow couldn’t be stopped within 24 hours, however, Falkenberg said the order was cancelled Sunday evening.

"There was a fair amount that came across the line, it was bermed by the county highway department and that has stopped and was treated and then contained," he said.

About 200-300 gallons per minute are still flowing on the west side of Naco.

"That goes through a concrete culvert and into a natural draw where it seeps in and evaporates," Falkenberg said.

The International Boundary and Water Commission is involved, along with authorities from Mexico.

As of Sunday, the Naco Water Company increased its testing and treatment of the water supply.

ADOT Seeks Public Opinion on Proposed Sonoran Corridor Border Grants on Pima Supervisors Agenda Yet Again Another Breach of Mexico-to-Arizona Sewage Pipeline Feared
By posting comments, you agree to our
AZPM encourages comments, but comments that contain profanity, unrelated information, threats, libel, defamatory statements, obscenities, pornography or that violate the law are not allowed. Comments that promote commercial products or services are not allowed. Comments in violation of this policy will be removed. Continued posting of comments that violate this policy will result in the commenter being banned from the site.