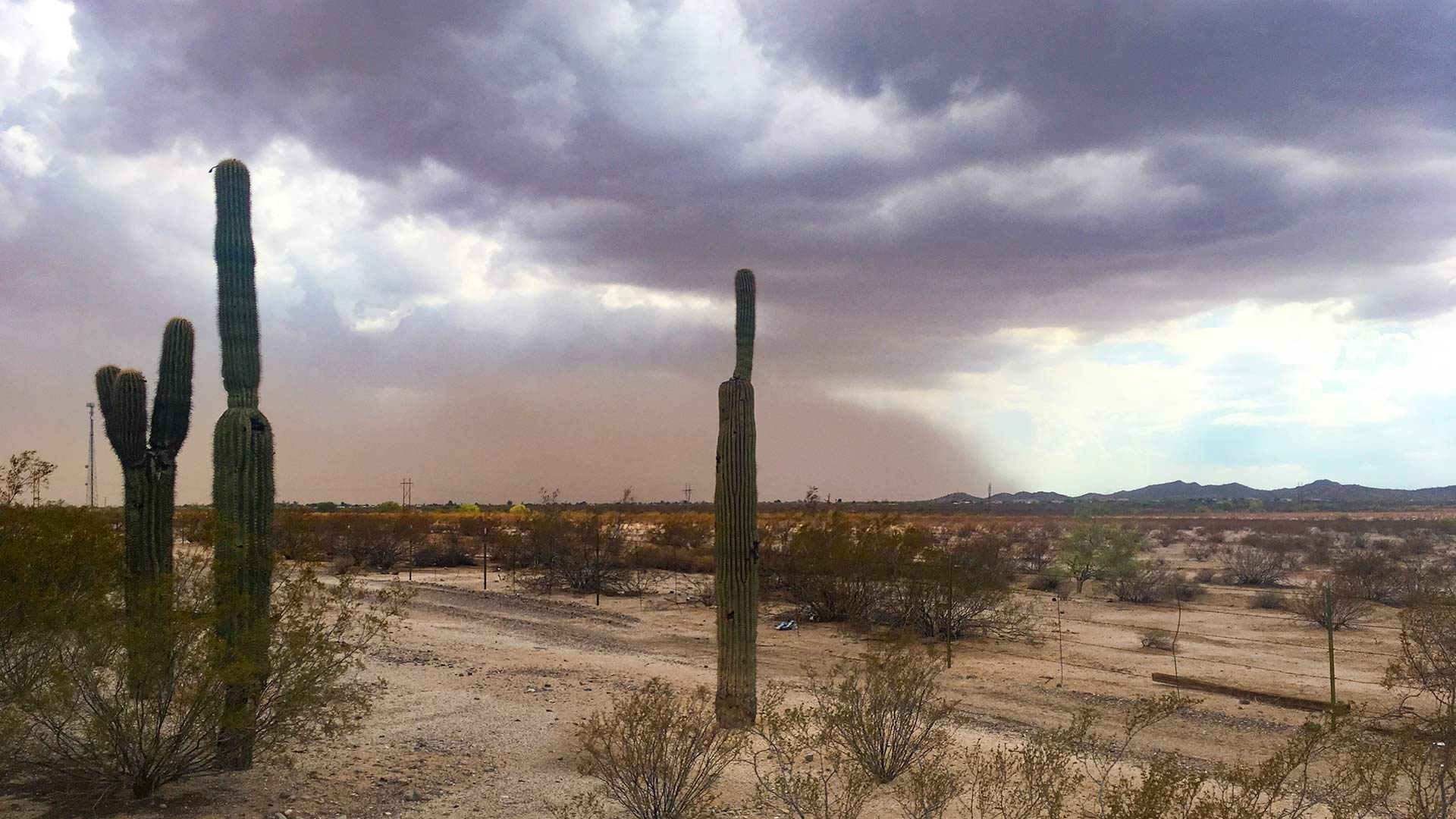 New dust storm detection measures are planned for people driving along a dangerous stretch of I-10 near Tucson.

Motorists traveling between mileposts 209 and 219 just north of Picacho Peak are sometimes hit with blinding walls of dust. The Arizona Department of Transportation plans to find dust storms as the storms approach the zone and warn drivers to slow down. ADOT spokesman Tom Herrmann says the technology has been around for a while.

"We will have a long-range radar, very similar to what the TV stations use to look out into the desert about 5 to 10 miles and look for approaching storms," said Herrmann.

When the radar system detects a storm moving into the 10-mile stretch, it will trigger an alert for drivers on electronic message boards along the route. Closed-circuit cameras will be used to enforce the lower speed limit until the storm passes.

ADOT expects to have the radar ready within the next month, with the entire system operational by September.

Ina Road Opens Over I-10 After Two-Year Closure Dust Storm Warnings; Polling Credibility; Housing Affordability ADOT Begins Work on System to Detect Dust Storms on I-10
By posting comments, you agree to our
AZPM encourages comments, but comments that contain profanity, unrelated information, threats, libel, defamatory statements, obscenities, pornography or that violate the law are not allowed. Comments that promote commercial products or services are not allowed. Comments in violation of this policy will be removed. Continued posting of comments that violate this policy will result in the commenter being banned from the site.