2 More Fatal Falls at Grand Canyon Follow Dozens of Others

Sixty-four fatal falls have been recorded in the park's history, many from someone going around a guardrail or accidentally driving off the rim. by Associated Press TWEET SHARE 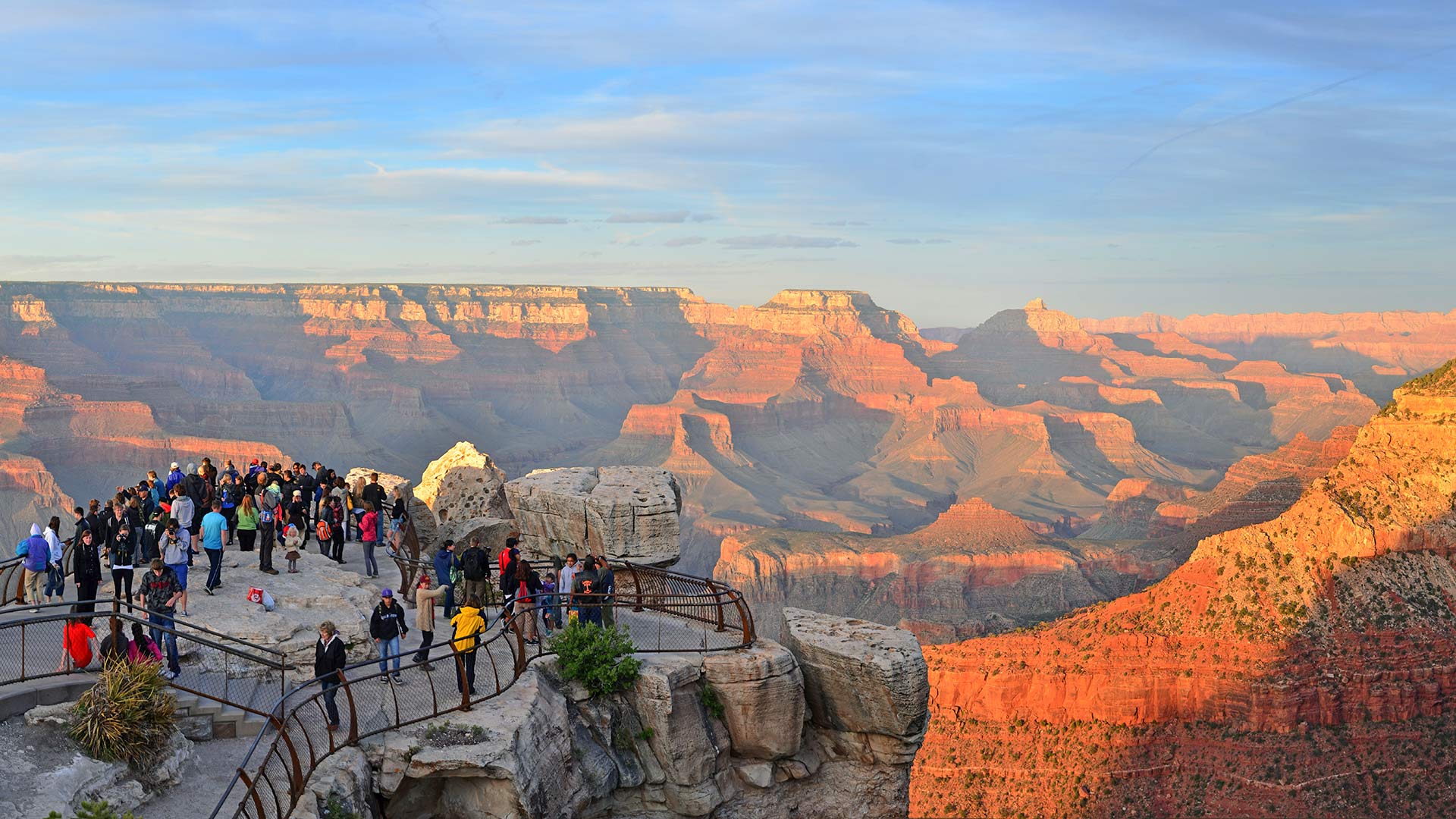 Visitors at Mather Point, at the South Rim of the Grand Canyon.
Michael Quinn/National Park Service

PHOENIX — Two recent deaths in which men plummeted in the Grand Canyon follow dozens of apparently accidental fatal falls since the national park was established 100 years ago.

Michael Obritsch, of Santa Rosa, California, died April 3 after falling from the edge of the South Rim in Grand Canyon Village, near the Yavapai Geology Museum.

His body was found 400 feet below the rim, according to park officials.

A tourist from Macau, China, fell to his death on March 28. The man was at least 50 years old, park officials said.

The man was trying to take a photo at Grand Canyon West's Eagle Point — close to the Skywalk located on the Hualapai Reservation outside the park — when he stumbled and fell, The Arizona Republic reported earlier this week.

The body of a Japanese tourist was found March 26 in a wooded area south of Grand Canyon Village, away from the rim.

All three deaths still were under investigation by the Investigative Services branch of the National Parks Service and the Coconino County Medical Examiner, according to park spokeswoman Vanessa Ceja-Cervantes.

No amount of signage, railings or even verbal warnings will be enough to end the falls, said Michael P. Ghiglieri, author of "Over the Edge: Death in the Grand Canyon."

Sixty-four fatal falls have been recorded in the park's history, Ghiglieri said. Forty-nine of the victims were male and 15 female. Many deaths involve someone going around a guardrail to get closer to the edge or accidentally driving off the rim.

This number does not include any death that was ruled a suicide.

Park officials currently don't plan to add increased railing or signage in light of the string of deaths, Ceja-Cervantes said. Ample signage is already commonplace in highly traveled areas of the canyon.

Only one person fell to his death in the park in 2018. Andrey Privin of Illinois died in July after he climbed over the railing at Mather Point, a popular viewpoint at the South Rim. Some visitors said they saw Privin throw his backpack over the railing and onto an intended landing spot before jumping. He fell 500 feet (152 meters) to his death.

About 12 people die each year within the park, Ceja-Cervantes said. The deaths can be attributed to everything from accidental falls, to heat-related deaths and drownings during rafting trips on the Colorado River.

Possibility of COVID-19 triage care looms over Arizona hospitals Tonto National Forest trying to discourage large gathering Pima County expands COVID-19 vaccine rollout
By posting comments, you agree to our
AZPM encourages comments, but comments that contain profanity, unrelated information, threats, libel, defamatory statements, obscenities, pornography or that violate the law are not allowed. Comments that promote commercial products or services are not allowed. Comments in violation of this policy will be removed. Continued posting of comments that violate this policy will result in the commenter being banned from the site.