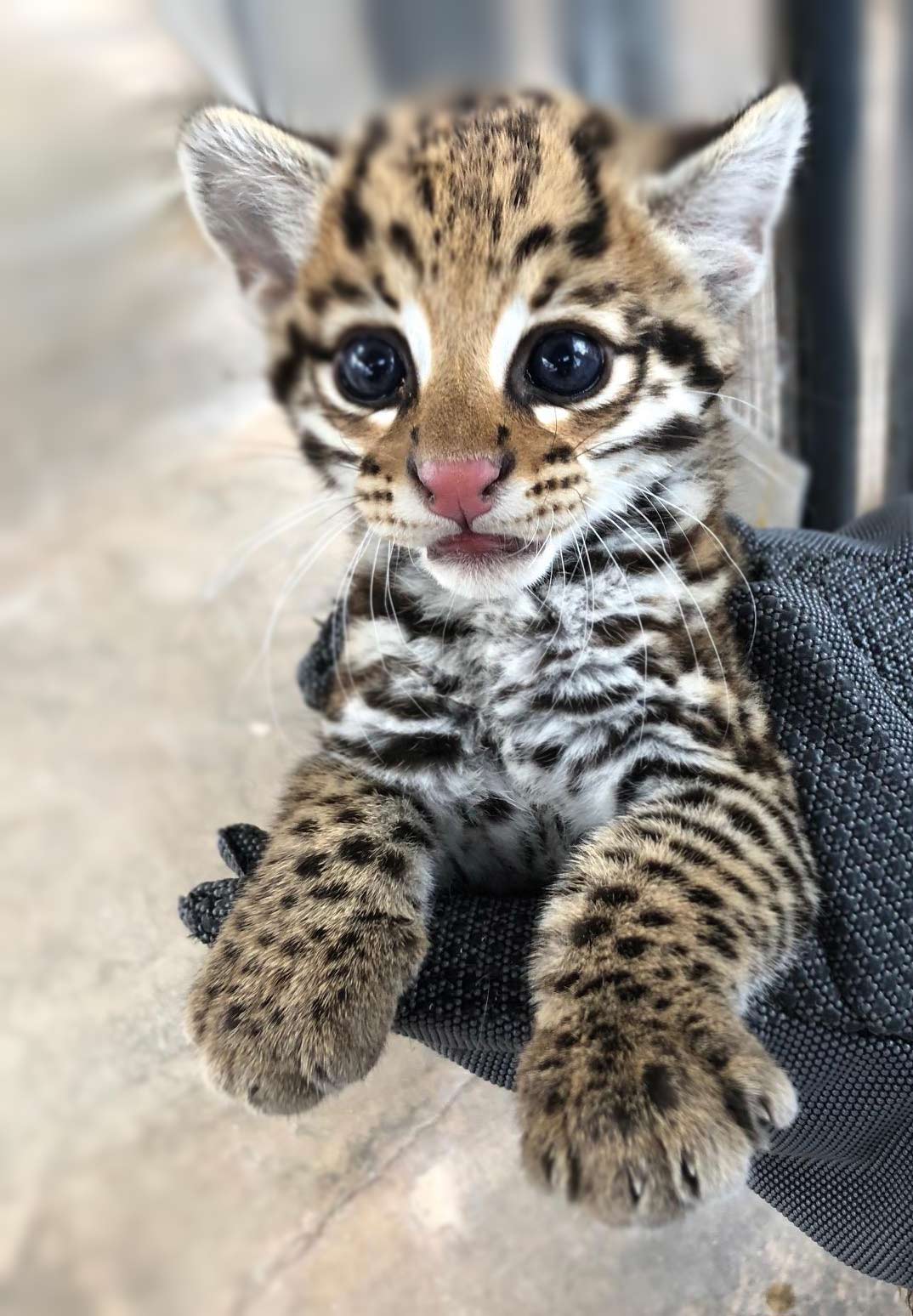 The newest resident of the Arizona-Sonora Desert Museum won't be on display for a while. The only way to see the museum's newborn ocelot kitten is online.

Ocelots are a species of small, wild cats that are not listed as endangered, though they do face a steadily dropping population due to loss of habitat in the wild. The Desert Museum's new female ocelot was born in March, but the museum did not announce the event or release photos until recently.

Through the Species Survival Plan of the Association of Zoos and Aquariums, the museum arranged to impregnate Arieta, its female ocelot, with frozen semen collected from Principe, an ocelot at the Houston Zoo. The El Paso Zoo also participated, and its female ocelot delivered a pair of kittens that survived, out of a litter of four.

The Desert Museum's new ocelot is not yet on display. She's still bonding with her mom behind the scenes in the museum's veterinary facility, to reduce stress on both animals.

AZ Desert Museum Joins Bighorn Sustainable Breeding Program Wildfires burn across Arizona Border wall construction begins across San Pedro River
By posting comments, you agree to our
AZPM encourages comments, but comments that contain profanity, unrelated information, threats, libel, defamatory statements, obscenities, pornography or that violate the law are not allowed. Comments that promote commercial products or services are not allowed. Comments in violation of this policy will be removed. Continued posting of comments that violate this policy will result in the commenter being banned from the site.