A call is out for applications to replace Chief Justice Scott Bales, who will retire July 31. by Associated Press TWEET SHARE 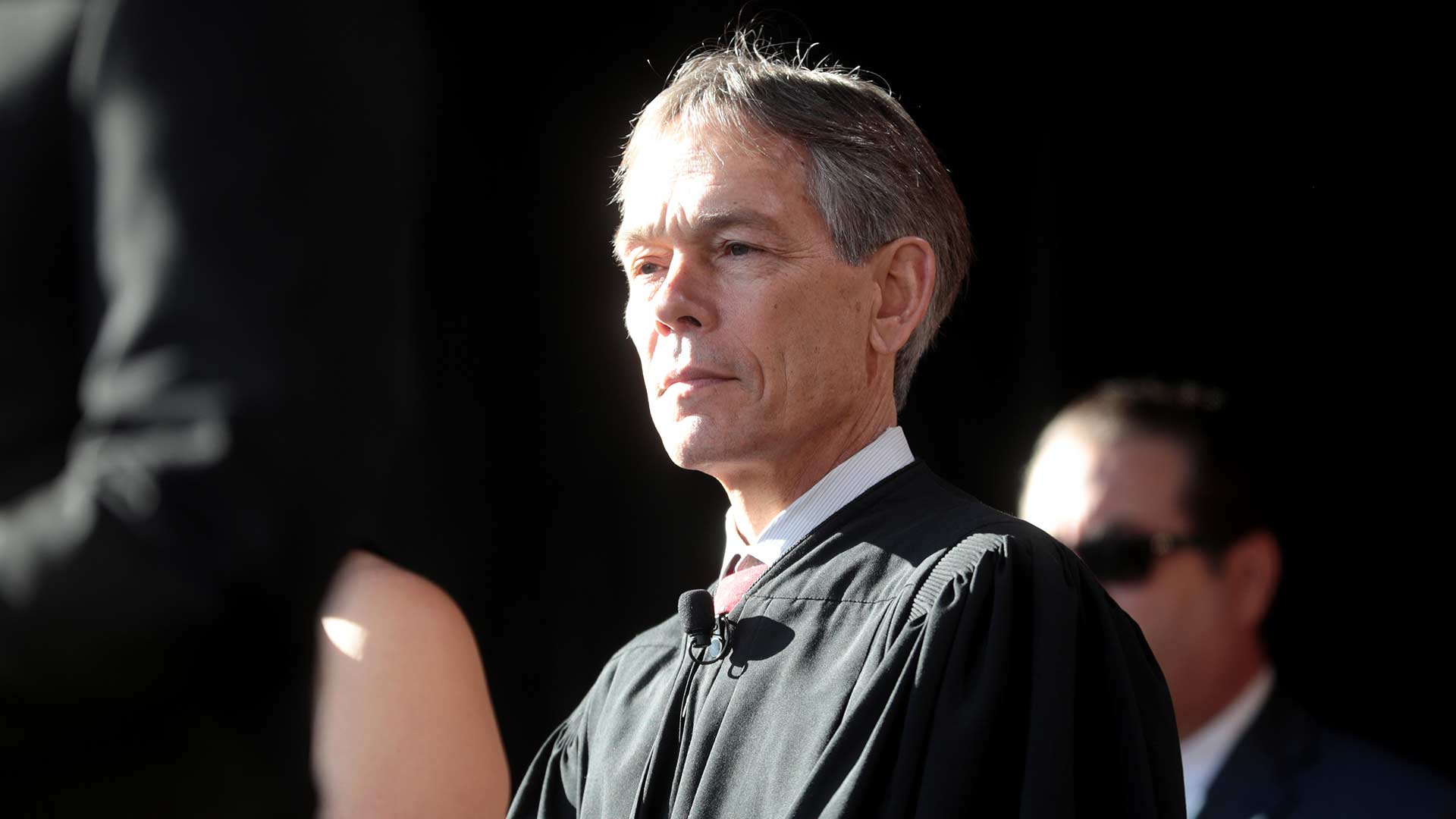 PHOENIX — A state commission that recommends nominees for top state judicial posts is taking applications for a Supreme Court vacancy.

The Commission on Appellate Court Appointments announced Wednesday that it is accepting applications for Chief Justice Scott Bales' seat. Bales announced in March that he will be retiring on July 31 after handing over the chief justice role to Justice Robert Brutinel.

The commission set a May 31 application deadline. It will interview candidates and send a list of at least three potential nominees to Republican Gov. Doug Ducey, who will make the appointment.

Only lawyers admitted to the bar in Arizona who have been residents for at least 10 years can apply. They must be of "good moral character" and under age 65 when the nomination is sent to Ducey.

Pima County making progress on COVID-19 vaccines Tucson businessman in Senate race Report: ICE Detainees On Hunger Strikes Subject To Force-Feeding
By posting comments, you agree to our
AZPM encourages comments, but comments that contain profanity, unrelated information, threats, libel, defamatory statements, obscenities, pornography or that violate the law are not allowed. Comments that promote commercial products or services are not allowed. Comments in violation of this policy will be removed. Continued posting of comments that violate this policy will result in the commenter being banned from the site.