Thousands of agents from are taking over their own headquarters while suing the government. by Rodrigo Cervantes, Fronteras Desk TWEET SHARE 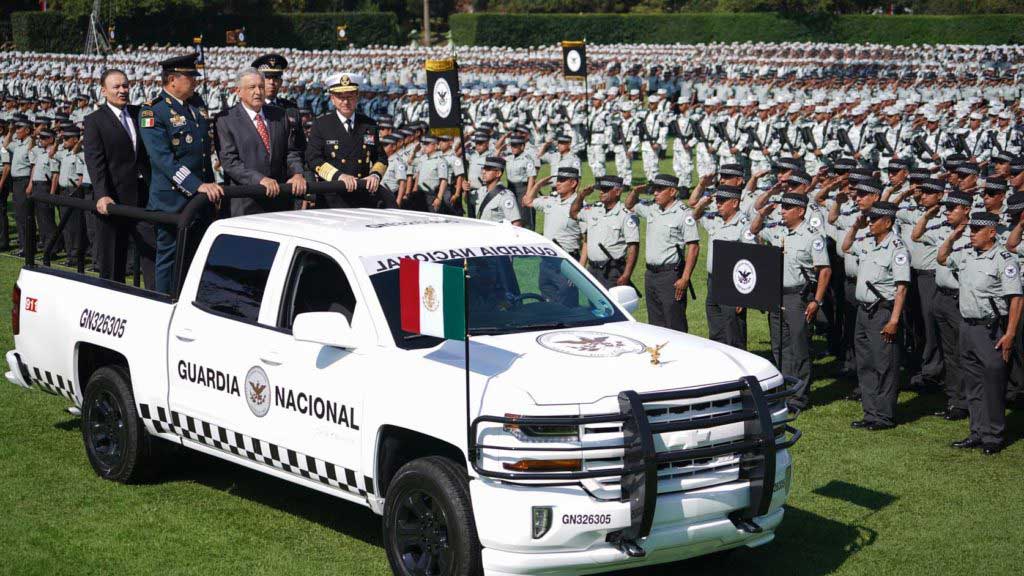 MEXICO CITY — Just a few weeks ago, the Mexican National Guard began to operate not only against organized crime but also detaining undocumented immigrants. But experts and members of the Federal Police are concerned with the guard’s protocols and duties.

Thousands of agents from Mexico’s Federal Police are taking over their own headquarters while suing the government. They say they’re being transferred to the new National Guard with uncertainty and losing rights.

Lisa Sánchez is an analyst and executive director of the nonprofit Mexico United Against Crime (México Unido Contra La Delincuencia). She’s concerned about an eventual militarization.

“It is unconstitutional to use the military for public security tasks,” Sánchez said. “The federal police will disappear, because the National Guard will absorb all of its elements.”

Sánchez explained the National Guard was supposed to help the police with a civilian command. Instead, it’s led by the military, while army can be used for public security in the next five years.

“[President Andrés Manuel López Obrador] created the fantasy of a new corporation when the same elements from the past are being deployed, but wearing a different hat. About 75% of members of the National Guard are coming from army, led by a general, which also violates the constitution," Sánchez said.

In addition, the National Guard is running tasks that could be considered unconstitutional, like border security, as they have a mandate on migratory affairs.

“They’re not saving anybody; they are reinforcing a very stringent policy against undocumented migrants,” Sánchez said.

Mexico’s Human Rights Commission has warned that the National Guard could end up violating certain civil rights, but López Obrador has disdained those claims, as well as the Federal Police protests, even by claiming that the conflict has been solved.

Mexican National Guard steps up presence at country’s northern border New lawsuit challenges legality of 'Remain in Mexico' program's migrant child removals Arizona hits new daily high in COVID-19 cases, more than 2,200 in Pima County
By posting comments, you agree to our
AZPM encourages comments, but comments that contain profanity, unrelated information, threats, libel, defamatory statements, obscenities, pornography or that violate the law are not allowed. Comments that promote commercial products or services are not allowed. Comments in violation of this policy will be removed. Continued posting of comments that violate this policy will result in the commenter being banned from the site.