Hospitality makes up for lack of housing for asylum seekers in Portland, Maine

The small town has no more vacancies, but newcomers like those fleeing violence in Central Africa have discovered a wealth of hospitality. by Laurel Morales, Fronteras Desk TWEET SHARE 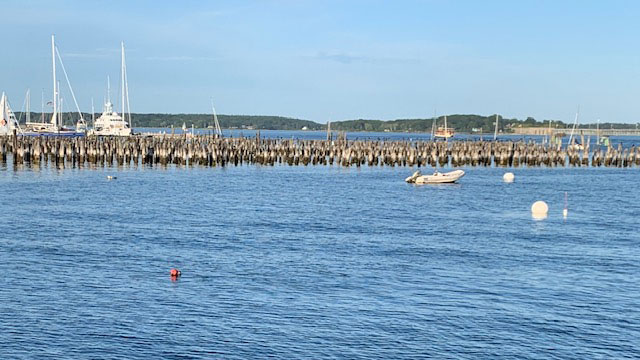 Part of Tracing the Migrant Journey from KJZZ's Fronteras Desk

KJZZ's Fronteras reporting team joined migrants as they traveled thousands of miles to reach the U.S. This multi-part series put reporters on the ground in four countries to document the challenges migrants face on their trek through Central America, Mexico and the U.S. More than 400 people from Central Africa sought asylum in Portland, Maine this summer. The small town has no more vacancies but newcomers discovered a wealth of hospitality.

Hospitality makes up for lack of housing for asylum seekers in Portland, Maine

Renewed violence in Central Africa has thousands of people fleeing the Democratic Republic of Congo this year. Among them, Joseph Yakini, his wife and three children. He says he was persecuted for his political beliefs. The Yakinis flew to Brazil, then made the brutal journey north.

Yakini says it was a traumatizing journey for them. When they arrived in Columbia, someone beat him in front of his family and took everything they had, all that was precious to them.

Without money they had to make much of the journey by foot. In Panama, they had to walk through a rainforest, where the jungle is so thick with trees, it always felt like nighttime. They had to step over dead bodies, other migrants who would not make it to the U.S.

VIEW LARGER Joseph Yakini, his wife and three children fled the Democratic Republic of Congo last spring. It took them five months to make the brutal journey from the DRC to Brazil, then trek north mostly on foot.
Laurel Morales/Fronteras Desk

Yakini says they met dozens of migrants along the way. It was very, very difficult because if someone became sick, they had to leave them behind.

After five months, the Yakinis reached the U.S.-Mexico border. A Catholic Church in Texas paid for their tickets to Maine, where the family sought refuge in the city of Portland's Expo Center with hundreds of others like them. They slept on cots, wore donated clothes and signed up to shower as a family.

More than 400 people from Central Africa sought asylum in Portland, Maine, this summer.

Yakini says it was a relief but he did not feel settled. He knew the asylum process could take years.

As grueling as the journey was, many asylum seekers say it was worth it. Henrique Malonda, a civil rights activist, says in Africa he feared for his life.

Central Africa has been mired in violence for decades. When war broke out in Congo twenty years ago, Khadija Ahmad got out. 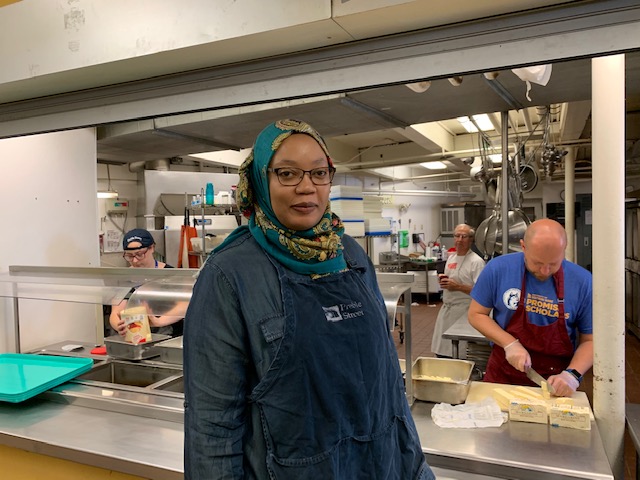 VIEW LARGER Khadija Ahmad fled the Congo almost 20 years ago when the war began and her life was in danger.
Laurel Morales/Fronteras Desk

"Then they were just burning and killing everybody who looks like Tutsi," Ahmad says. "Even though you were Congolese, it didn't matter."

Ahmad says they make do with whatever ingredients they get. And recently she made fumbwa, a Congolese favorite, for the hundreds of Central Africans staying at the Expo Center.

"The thing with leaving your country, the food will never be the same," Ahmad says. "Nobody cook like your mom. Nobody cooks like your grandmother. ... Food is what make you welcome. In Africa, you come to my house, I don't offer you any meal that mean don't come back. I felt that this was what I could offer them. Let them know, you are welcome here. We got you."

And it's not just Ahmad. Many people have offered whatever they could.

"Farmers they will donate goats," Ahmad says. "Goat! A whole goat! I had like at some points three goats sitting in the freezer!"

VIEW LARGER When Keith and Lauren Rosenberg heard about the asylum seekers staying at the Portland Expo Center, they decided to become a host family.
Laurel Morales/Fronteras Desk

The Expo Center could only house the asylum seekers through mid-August. Several organizations helped them find homes in and around Portland, where services are convenient. Forty families wound up with host families like the Rosenbergs.

Lauren and her husband have three small children and a dog, so adding a family of three has doubled the noise in the house but the Rosenbergs say it's also multiplied the joy.

"It's been great," Rosenberg says. "I love chatting with Maria. Ninety percent of the time we don't know what we're saying. Lots of charades but there's always a big hug and kiss at the end of it." 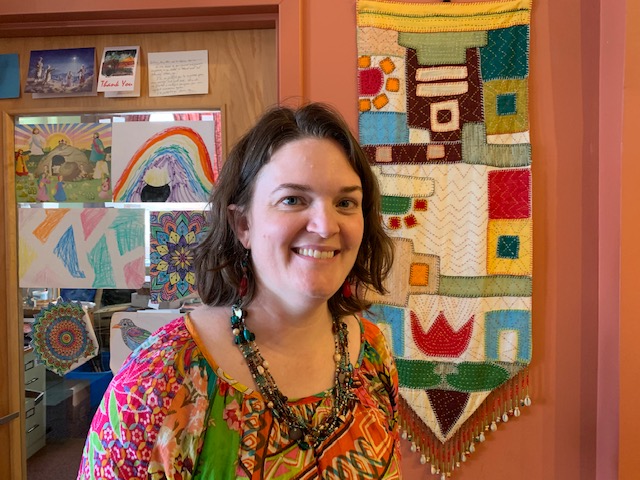 Sara Ewing-Merrill, director of Portland's emergency shelter, says these families have no place else to go.

She says the hard part is knowing that that life in the U.S. for these refugees is on shaky ground under the current administration's asylum policies.

But Jose Mavungo of the Angolan territory of Cabinda isn't complaining. He wears a T-shirt with an American flag and wipes tears away as he says he and his wife finally feel safe.

"It's the kind of joy that you know you need to see your past and compare your past to your present so then you can know what is the gratitude mean," Mavungo says.

Flores Settlement Agreement leads judge to block Trump immigration rule Gov. Ducey touts pandemic response, promises focus on education and tax cuts in annual address COVID-19 vaccine came quickly, but not at the expense of safety, expert says
By posting comments, you agree to our
AZPM encourages comments, but comments that contain profanity, unrelated information, threats, libel, defamatory statements, obscenities, pornography or that violate the law are not allowed. Comments that promote commercial products or services are not allowed. Comments in violation of this policy will be removed. Continued posting of comments that violate this policy will result in the commenter being banned from the site.