The group was told to leave while searching for more bodies following the recent discovery of dozens of bodies. by Murphy Woodhouse, Fronteras Desk Tweet 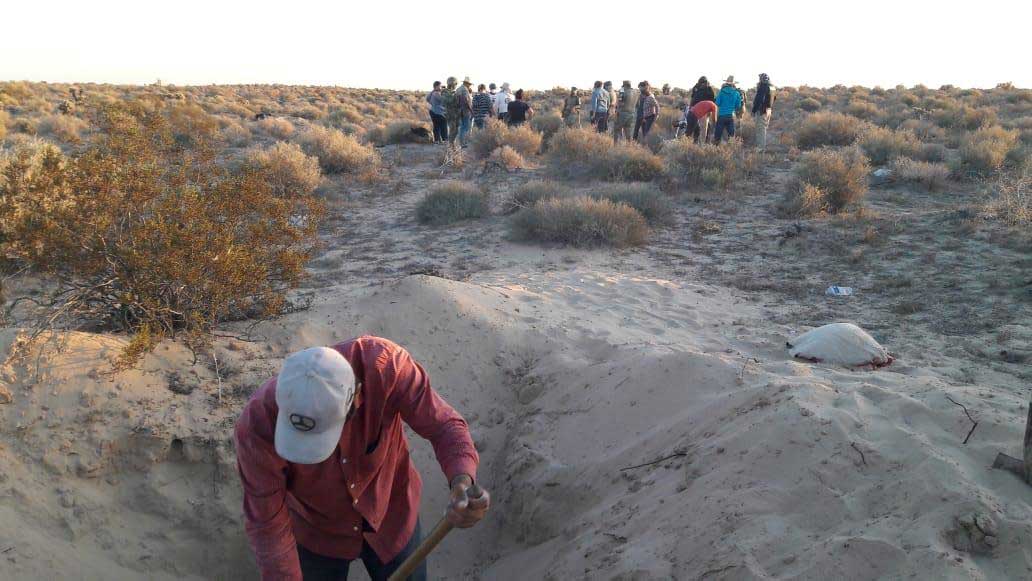 The volunteers who made the alarming discovery of dozens of bodies on the outskirts of Rocky Point said an armed group threatened them over the weekend.

The Madres Buscadoras de Sonora — or Sonoran Searching Mothers — were looking for additional bodies near the original site Sunday. That’s when they say a sizable group of armed men threatened them, telling them to leave immediately.

“We thought they wanted to kill us, but they didn’t harm us,” said Ceci Patricia Flores, the group’s leader. “They told us it was the only warning, and there wasn’t going to be another. The next time they weren’t even going to think about it.”

As a result, Flores says the group will no longer search in the area.

The state attorney general’s office is investigating the matter.

Jan. 6 rioter from Arizona got 41 months Tucson police officer kills man in wheelchair Prosecutors seek to block release of autopsies from fatal Tucson shootout
By posting comments, you agree to our
AZPM encourages comments, but comments that contain profanity, unrelated information, threats, libel, defamatory statements, obscenities, pornography or that violate the law are not allowed. Comments that promote commercial products or services are not allowed. Comments in violation of this policy will be removed. Continued posting of comments that violate this policy will result in the commenter being banned from the site.