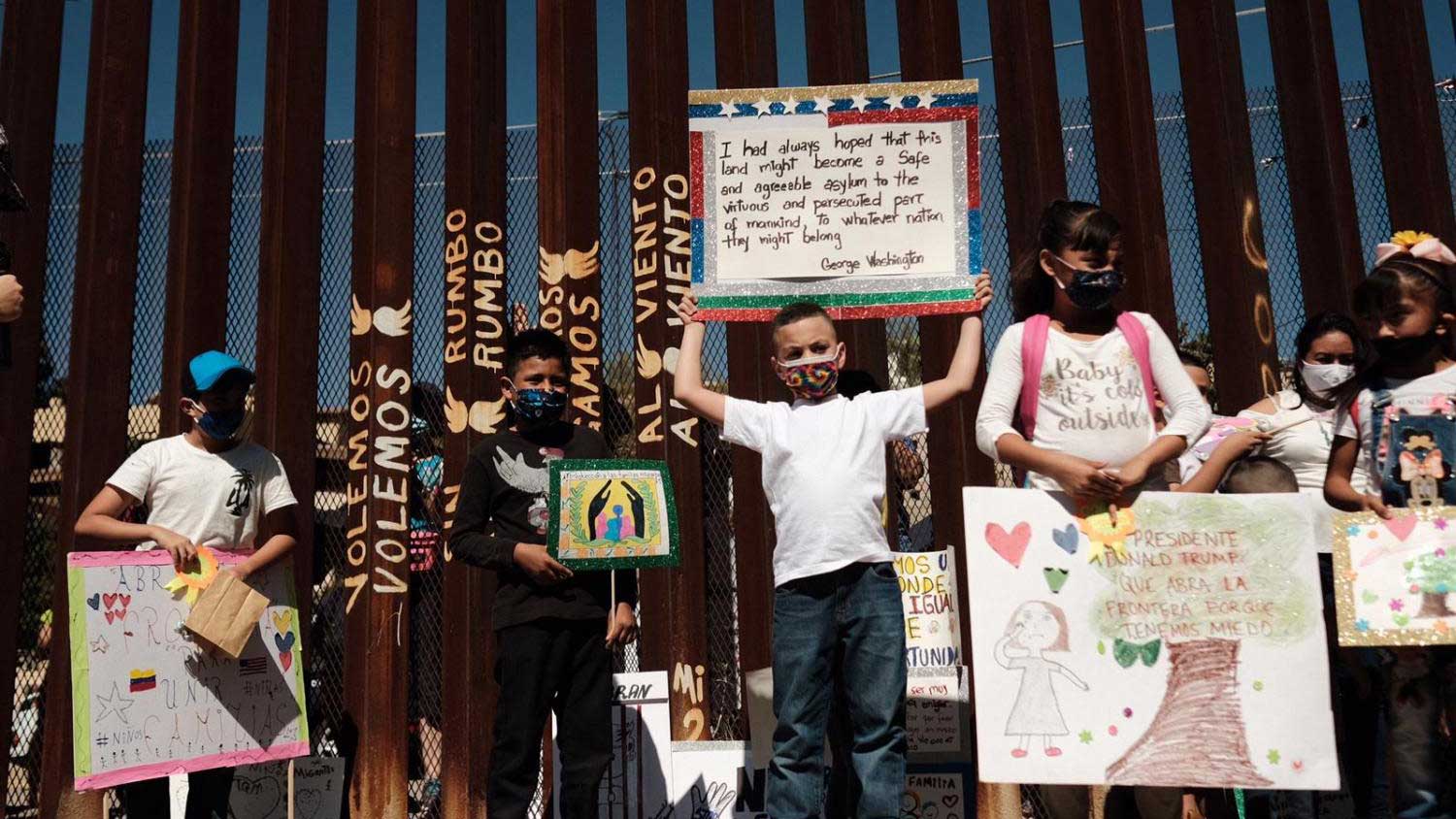 Migrants and supporters marched to the border wall in Nogales, Sonora, and Nogales, Arizona, on Wednesday to highlight the stories of children waiting south of the border to ask for asylum in the United States.

Standing next to the rust-colored steel slats of border wall in Nogales, Sonora, a young girl read off a list of names of children waiting to ask for asylum in the United States.

They were among dozens of children who marched through Nogales, Wednesday chanting, singing and holding up handmade signs, all seeking access to asylum in the United States.

Several children took turns leading prayers, telling their stories about the dangers that drove their families from their homes and their long waits at the border. In a statement directed at President Donald Trump, 10-year-old Fanny, from Guerrero, Mexico, pleaded for the United States to open up the border to families like hers. 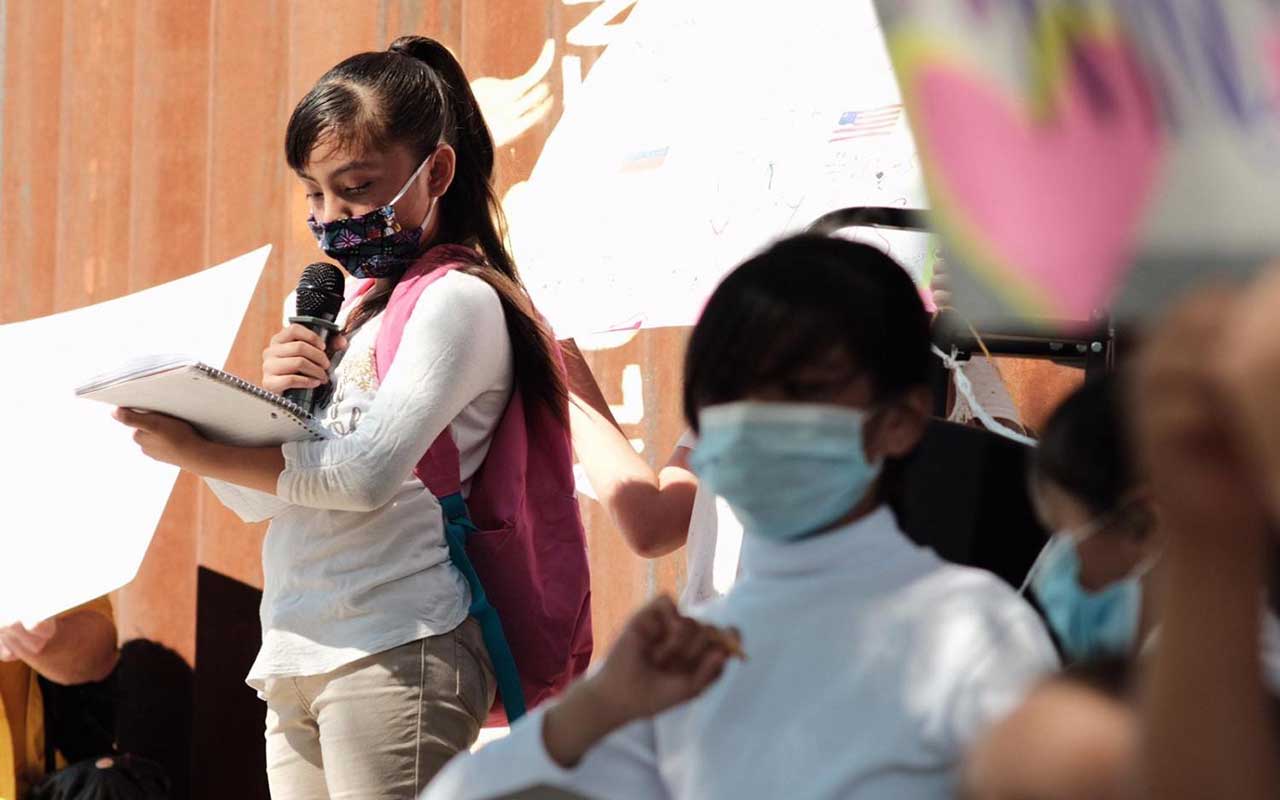 VIEW LARGER Fanny, 10, tells her story of fleeing threats and violence in her home state of Guerrero, Mexico, during a protest at the border wall in Nogales, Sonora, on Oct. 21, 2020.
Sara Ritchie

"I'm asking you to open the border. Please, listen to us," she said, reading her statement out of a notebook she was carrying along with the sign she made. "I ask God to soften your heart, and to help us, please. We have suffered so much here. We are defenseless children."

The event, organized by the group Save Asylum, was meant to bring attention to the impacts U.S. asylum policies have on migrant children and their families.

And protesters on the north side of the border held up their own signs calling for more humane immigration policies and cheered for asylum seekers on the other side of the wall in an effort to show their support.

Months into pandemic, food bank says demand remains high Magnus's history with transparency under scrutiny amid CBP nomination U.S. Border Patrol's new migrant facility in Tucson takes form
By posting comments, you agree to our
AZPM encourages comments, but comments that contain profanity, unrelated information, threats, libel, defamatory statements, obscenities, pornography or that violate the law are not allowed. Comments that promote commercial products or services are not allowed. Comments in violation of this policy will be removed. Continued posting of comments that violate this policy will result in the commenter being banned from the site.