The Colorado River’s largest reservoirs are likely to drop next year if demands stay the same. by Luke Runyon, KUNC TWEET SHARE 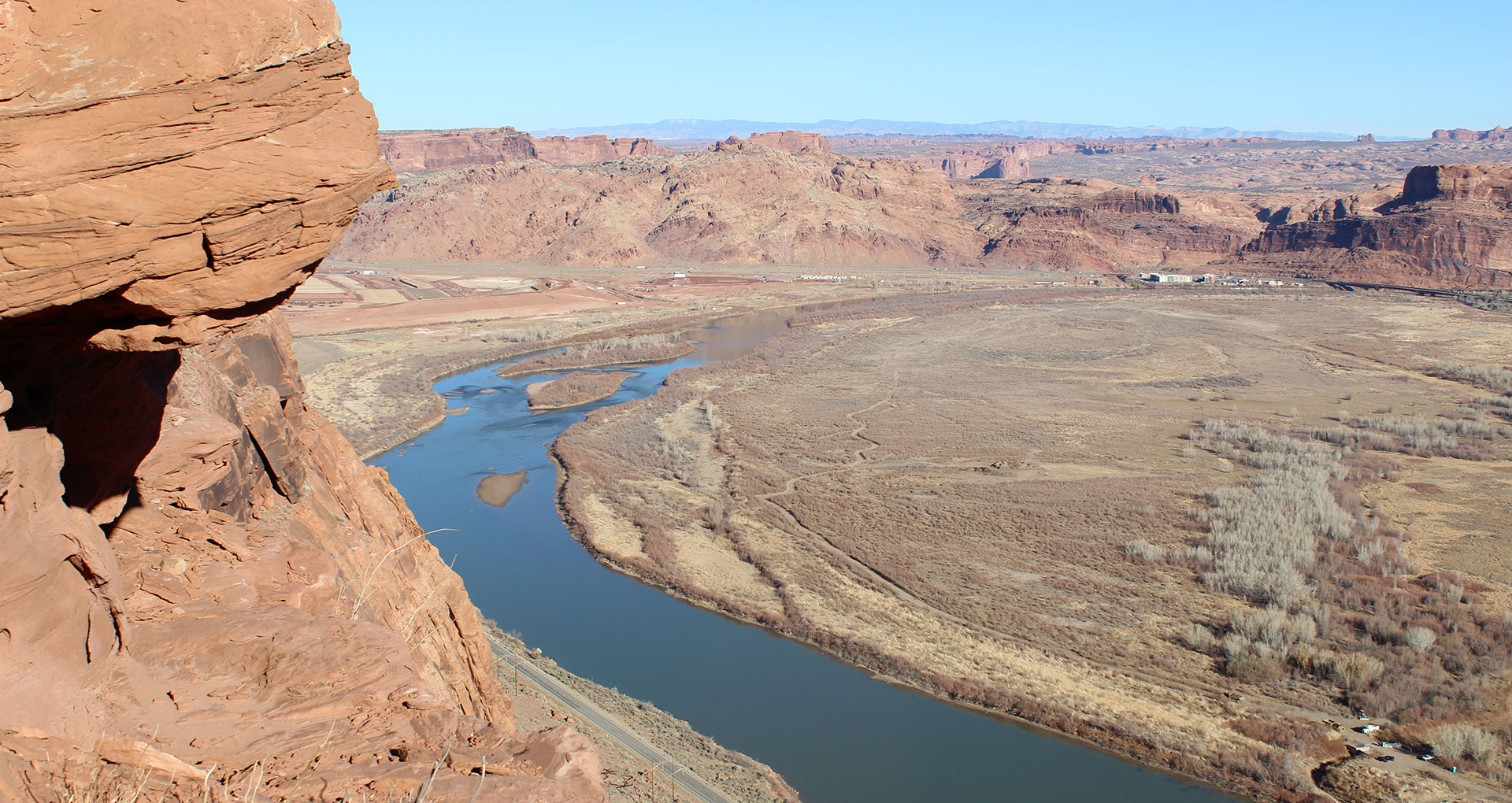 This stretch of the Colorado River near Moab, Utah is currently in extreme drought.
Luke Runyon/KUNC

All signs are pointing to a dry start to 2021 across much of the Colorado River watershed, which provides water to about 40 million people in the Western U.S.

A lack of precipitation from April to October made this spring, summer and fall one of the region’s driest six-month periods on record. And with a dry start to winter, river forecasters feel more pessimistic about the chances for a drought recovery in the early part of 2021.

Some weather stations in Colorado, Utah, Arizona and Nevada have recorded their driest years on record, Moser said. There doesn’t seem to be much relief in sight. Short-term and long-term weather forecasts all point to above-average temperatures and below-average precipitation for the foreseeable future. 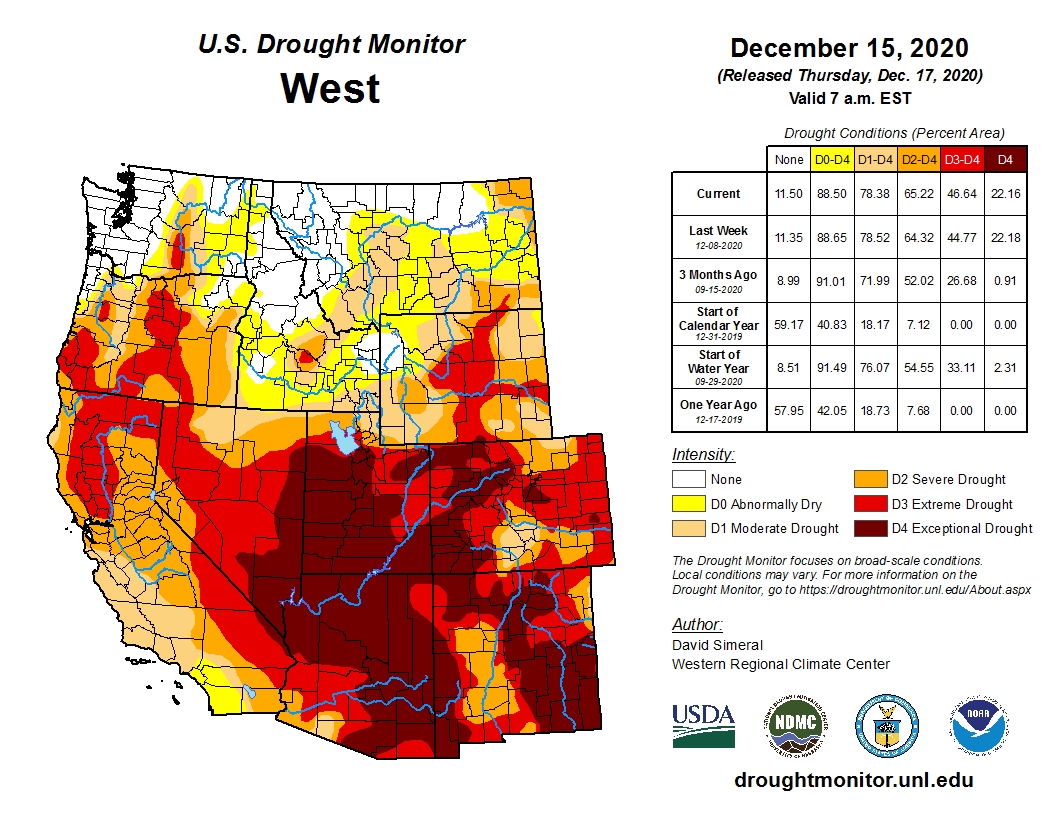 Exceptional drought conditions have expanded across 65% of the Colorado River watershed. Low soil moisture heading into winter will also play a role in how snowpack accumulates this season, and how much water will flow into streams and reservoirs during spring runoff, adding pressure to large-scale water users like municipalities and farmers.

Most major rivers in the basin are projected to flow well below normal levels next year due to extremely low soil moisture conditions, though Moser said there’s significant uncertainty about water supply forecasts so early in the season.

But given the dry conditions heading into winter, an average snowpack won’t be enough to provide significant relief, Moser said.

“It does seem like we’re going to need a really good snow year in order to make up some ground for the dry conditions entering the season,” Moser said.

Soil moisture is an important indicator because it can influence how much snow melts into streams, rivers and reservoirs.

A recent forecast from the Bureau of Reclamation, the federal agency that operates Western water infrastructure, showed the Colorado River’s largest reservoirs are likely to drop next year if demands stay the same.

Without a high snowpack this winter, the agency forecasts the Colorado River system’s biggest reservoirs will be reduced to a combined 44% of their total capacity by fall 2021.

This story is part of a project covering the Colorado River, produced by KUNC and supported through a Walton Family Foundation grant.

Grand Canyon Protection Act passes House PFAS contamination draws local, national cleanup efforts Tucson mayor asks community for help guiding climate action plan
By posting comments, you agree to our
AZPM encourages comments, but comments that contain profanity, unrelated information, threats, libel, defamatory statements, obscenities, pornography or that violate the law are not allowed. Comments that promote commercial products or services are not allowed. Comments in violation of this policy will be removed. Continued posting of comments that violate this policy will result in the commenter being banned from the site.