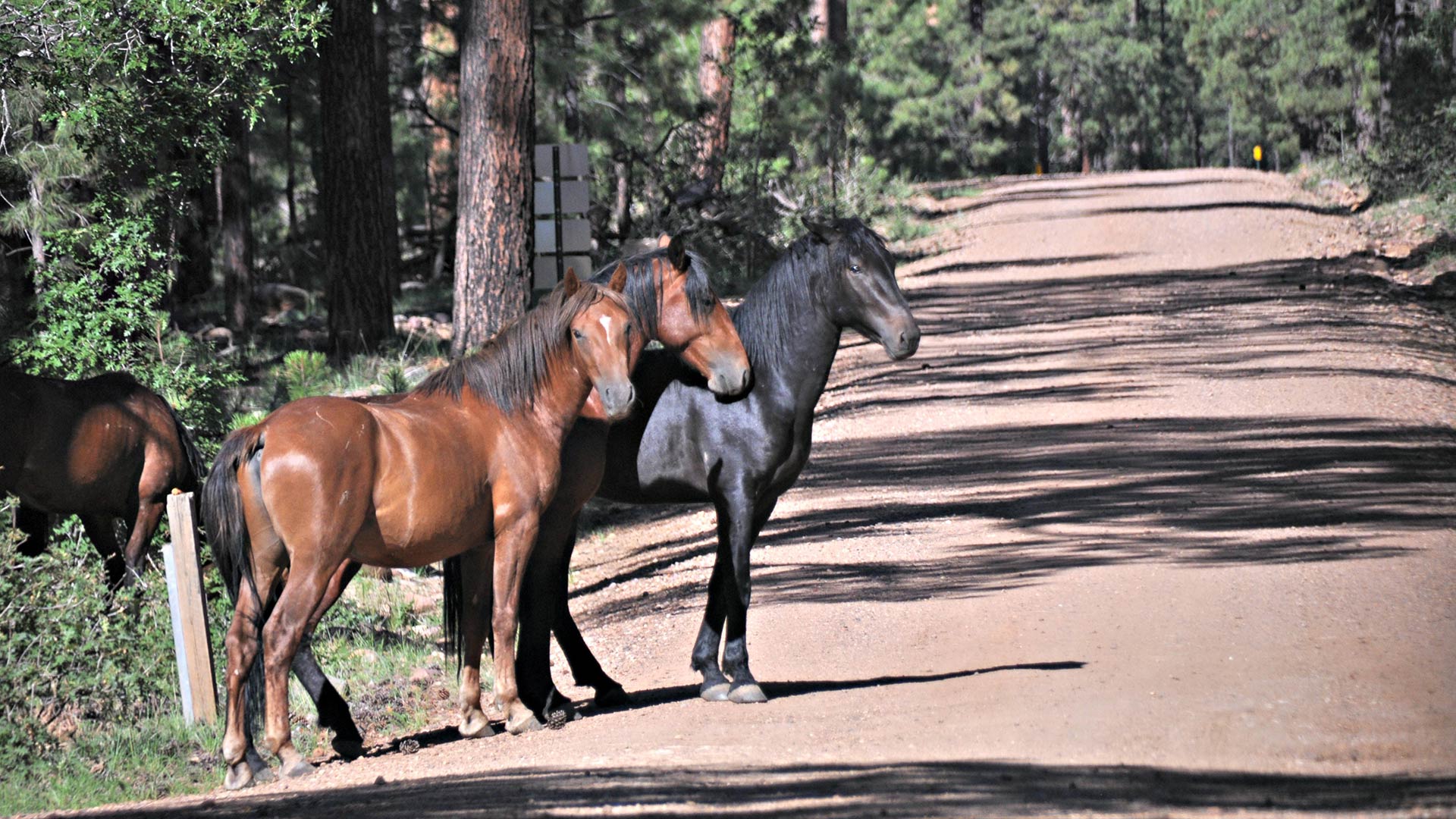 The U.S. Forest Service has entered its final stages of public comment in its plans to remove or sterilize more than 300 wild horses in eastern Arizona.

The Arizona Republic reported Saturday that the federal agency has given the community near Heber until late April to weigh in.

The Heber horse herd are the only horses in the state with their own dedicated territory, which was established in 1973.

The herd was placed under a federal court order of protection in 2005. But a plan from the Apache-Sitgreaves National Forests proposes reducing the herd’s size from about 420 horses to no more than 104.

Arizona wildfires force more evacuations, highway closures Legislature passes wildfire relief bill Some residents remain evacuated by rural Arizona wildfire
By posting comments, you agree to our
AZPM encourages comments, but comments that contain profanity, unrelated information, threats, libel, defamatory statements, obscenities, pornography or that violate the law are not allowed. Comments that promote commercial products or services are not allowed. Comments in violation of this policy will be removed. Continued posting of comments that violate this policy will result in the commenter being banned from the site.